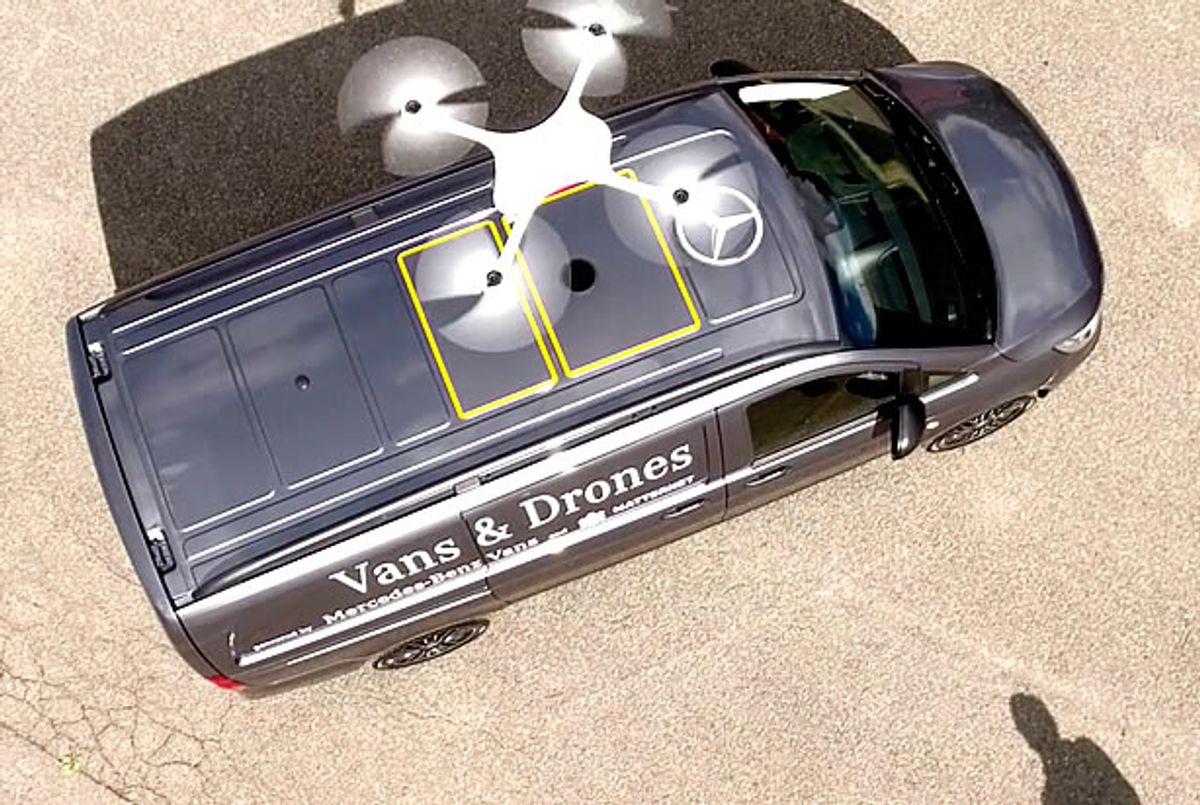 Mercedes-Benz Vans teamed up with drone manufacturer Matternet to create what they're calling the "Vision Van," a vehicle that will be able to receive and deliver packages in otherwise inaccessible areas, facilitating with equal ease the transport of blood samples from distant African villages or Amazon packages to remote rural communities.

The idea, according to the partners, is to create a passenger-pigeon-like system in which the Vision Vans venture as far as they can, then launch Matternet M2 drones either with shipments, or empty and ready to receive them. Each drone will be able to carry approximately 5 pounds across nearly 12 miles in normal operating conditions.

In a statement, Matternet's co-founder and CEO Andreas Raptopoulos said the company chose to partner with Mercedes-Benz not only because of its safety record but also because "[w]e are driven by a common vision to automate last-mile logistics, which today is the least efficient and most expensive part of logistics. Through this partnership, we are building solutions that will dramatically reduce the time and cost of on-demand delivery."

Creating a fully automated cargo-management system with an integrated drone system would, in effect, allow the companies to move mobile-delivery warehouses efficiently and on the cheap, as they could bundle all deliveries for a particular area into a single van. After launching the drones, the van could remain idle, saving on the fuel costs that plague other delivery companies.

Most famous among such companies is UPS, which designs routes that entirely avoid left turns in order to save on gasoline — a practice that entails its vans driving longer routes and therefore wearing down more quickly.