There’s nothing shameful about sex work: Why can’t Logo’s “Prince Charming” be a gay escort?

Escorting is a choice for some and survival for others. This "scandal" hurts gay men who aren't reality TV stars 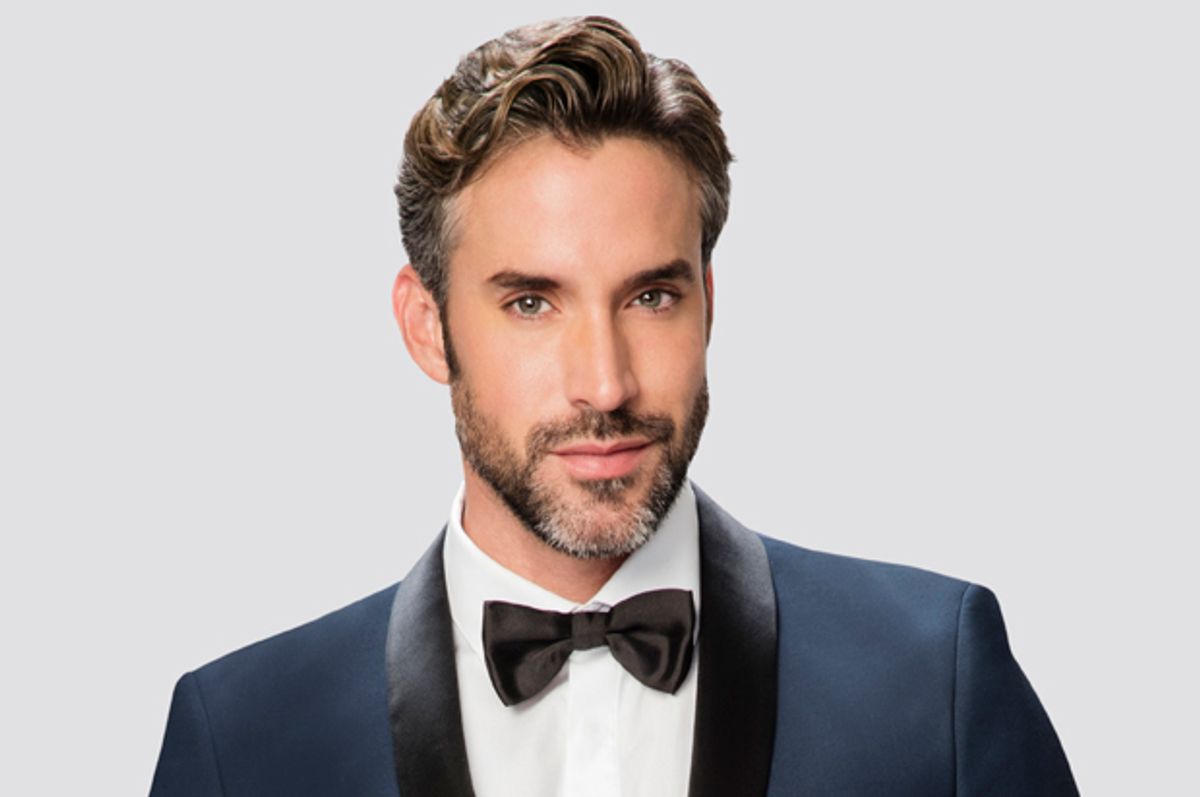 Logo’s “Finding Prince Charming” is at the center of a firestorm of controversy following reports that the eligible bachelor vying for the hearts of 13 gay suitors used to be an escort. Robert Sepúlveda currently works as an interior designer in Los Angeles, but before that he had a profile on the now-defunct RentBoy.com. Rentboy, a once-popular site that connected sex workers and potential clients, was raided and shut down by federal authorities in 2015.

Since Sepúlveda’s history of sex work was made public knowledge, the reality star has been on a mea culpa tour to distance himself from his past. “I was young and it helped through college,” he told The Huffington Post. “But what I want people to focus on is who I am today as an entrepreneur, as an activist. I started a nonprofit and, you know, focusing on the show. That’s really what I want people to focus on.”

There’s been a nasty undercurrent of sex shaming in the backlash against the show — as if someone who used to be an escort could never be a desirable mate. “To call him ‘Prince Charming’ is a little reckless,” one critic told The Wrap. It shouldn’t be. Young gay men get into the sex industry for a myriad of reasons, many of which have to do with underemployment and higher rates of poverty and homelessness in the LGBT community. While sex work can — in some instances — be dangerous, there’s nothing shameful about choosing to make money off the limited resources you have.

For some, escorting is a choice. For others, it’s survival.

Sepúlveda's case is actually extremely common among LGBT people. He has claimed that he enrolled on the Rentboy website after the furniture store where he was previously employed went under — leaving him, as a young student, with few other options. While escorting is often perceived as a full-time vocation, many engage in sex work on the side, whether to put themselves through school or to have a second job. In 2015, Fusion reported that 75 percent of Rentboy users were relying on it as a means of supplementary income, rather than their sole livelihood.

The number of male escorts has exploded over the past decade, partially due to accessible technology. In addition to Rentboy, there are sites like Craigslist and apps like Grindr, Jack’d and Scruff, where sex work continues to flourish with little scrutiny from admins. (Profiles advertising “personal training,” for example.) A 2002 report from the Czech Statistical Bureau found that just 5 percent of sex workers were male, but 12 years later, Import.io estimated that rate was much higher. The web data group found that 45 percent of escorts in the U.K. were men.

Another reason for the boom in gay male sex workers is the one Sepúlveda has cited: It’s a living. In many parts of the country, available jobs remain in short supply eight years after the onslaught of the Great Recession and gay men are profoundly affected by times of economic turmoil.

Although conventional wisdom suggests that the typical gay man leads a life of comfortable affluence, similar to the lifestyle led by Will Truman on “Will and Grace,” that’s far from the reality. Gay men, in truth, face disproportionately high poverty rates. In a 2013 report, the Williams Institute found hat gay men were 34 percent more likely to live under the poverty level than heterosexual men. This is especially true for men of color. Further research from Gallup indicates that nearly 20 percent of gay black men in committed relationships are impoverished, as opposed to just 8 percent of partnered black heterosexuals.

These discrepancies have to do with the compounding effects of race, class and sexual orientation on marginalization, but many groups throughout the LGBT community feel the burden of limited resources. An estimated 40 percent of homeless youth identify as LGBT, as the Williams Institute has reported, and many of those youth — especially transgender women of color — take up sex work to survive.

When sex workers are depicted in popular culture, they are often portrayed as drug addicts or derelicts, immoral people whose bad decisions led to working the streets for a living. An eye-opening investigative look from Fordham University’s Urban Institute has shown that many young sex workers, however, were simply looking for basic necessities like clothing and shelter. More than half of the sex workers that Fordham profiled were using the money for the same things any of us would — to pay a phone bill or get something to eat. This correlates with statistics that show 29 percent of LGBT people experience food insecurity each year.

Sex work rates among homeless youth are extremely high, according to the Urban Institute. The Fordham researchers found that half of marginally housed young people had engaged in some form of escorting in order to obtain the resources cited above.

The high rates of poverty and homelessness that compel many young men to take up sex work are due to a number of phenomena. Despite recent gains in marriage rights, LGBT people remain economically vulnerable across the U.S. because of the lack of protections afforded to LGBT workers. You can still be fired from your job in 28 states because of your gender identity or sexual orientation — including in states like Texas, Arizona, Florida and North Carolina. Due to implicit hiring discrimination, it can take LGBT workers who have been let go from their positions longer to find another job, which is especially true for trans people. Currently, the unemployment rate in the trans community is twice the national average.

That crippling underemployment forces many into sex work because they have no other means to make money. The case is particularly grave for undocumented workers in Greece, where prostitution is legal so long as the transaction occurs in a brothel. “Thousands of migrants and asylum seekers live in Athens, hardly any of whom actually want to stay there,” Global Post reports through PRI. “The continent’s new border rules have left them trapped on their way to northern Europe, and when their money runs out there's almost no legal way to earn more.” Because they can’t leave and they can’t earn income, sex work is their only real choice.

This paints a picture of sex work as an inherently depressing industry filled with bodies that totally lack agency. But that is not the case. According to a 2015 report from the Canadian Review of Sociology, just 15 percent of escorts are engaging in sex work solely to survive. Most sex workers get into the trade for a wide variety of reasons, including one we too rarely acknowledge: They like what they do. “I’m providing a professional service for my clients,” Maxime, an online male escort, told Out. “I chose this, and I enjoy it.”

Many sex workers compare what they do for a living — providing comfort and intimacy for those who might need the release — to the lifesaving services that other caregivers provide. “For men who are unable to get it in their ‘real lives’ and not bothered by the transactional nature of the encounter,” Fusion has reported, “paying a couple hundred dollars for sex or intimate behavior can help fill a painful void.”

The widespread stigma that paints gay male escorts as fallen individuals who are unworthy of love promotes a culture of sex negativity, while ignoring the myriad, complicated reasons that people choose to engage in sex work in the first place. That shame, however, also perpetuates the increased risk of HIV transmission for sex workers. While statistics vary from country to country, the HIV rate among sex workers in developing nations is as high as 12 percent. The stigma associated with the trade keeps many involved in it from getting tested from HIV, making it more likely they will transfer the disease to partners.

Instead of shaming Robert Sepúlveda for making the same decisions that countless other gay men make every year, we should be responding with compassion and understanding. Although the controversy might be great for Logo’s ratings, our sex negativity is hurting the men whose stories will never be told on a popular reality show. They need our advocacy and our support, not our scorn.