Once the titanic symbol of Silicon Valley, Hewlett Packard is breaking apart — in the hope that smaller is better 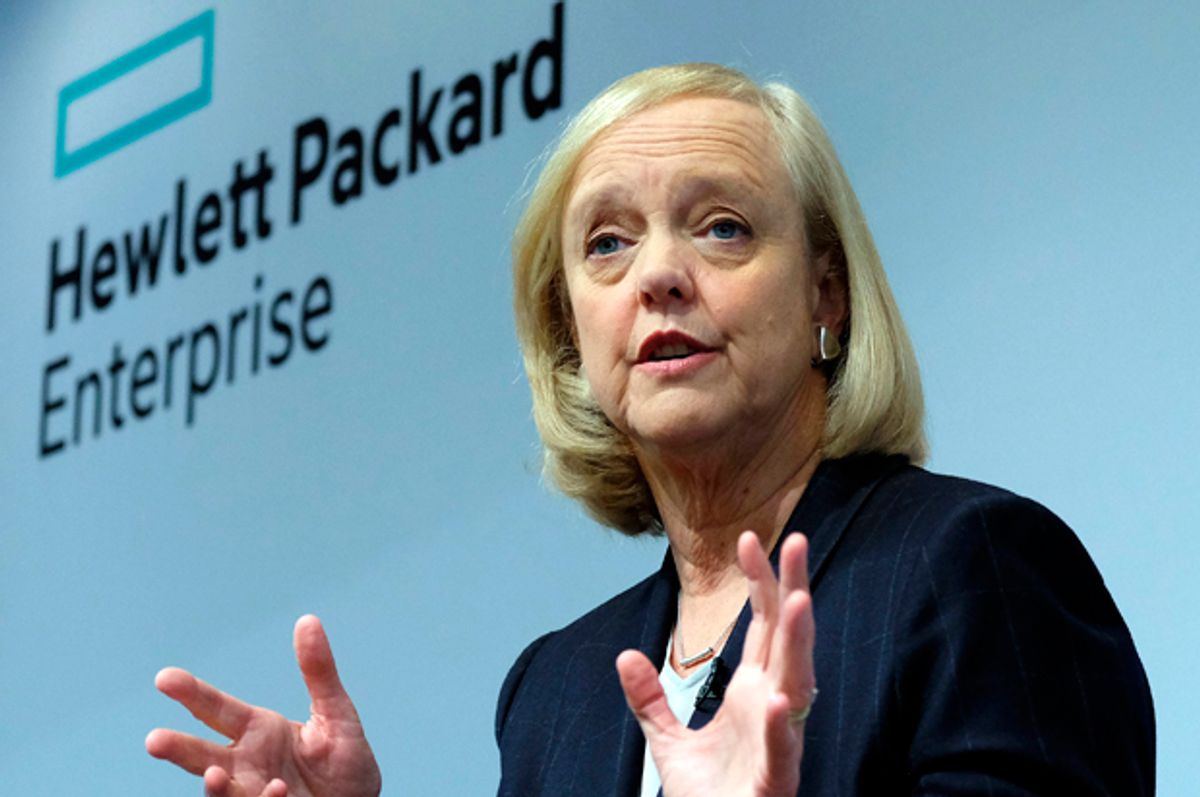 It’s been a busy and harrowing couple of years for Hewlett-Packard. The company founded by a pair of Stanford-educated pioneers that kicked off the Silicon Valley tech revolution from a garage in 1938 has fallen on hard times. And it’s happened alarmingly fast.

Just six years ago Hewlett-Packard was one of the world’s top tech companies, with $127 billion in annual sales. But instead of being too big to fail, it was too big to succeed — or evolve. The lumbering behemoth has been unable to adapt quickly to changing consumer habits. Gone are the days of growing desktop computer consumption made HP such a big player in the 1980s and 1990s. And just as the world of consumer electronics was about to be upended by the rise of mobile smartphones, tablets and cloud-based social-networking services, Hewlett-Packard merged with Compaq in 2001 and dove into clunky Windows-based pocket PCs (remember those?).

Last year, after quarters of falling revenue, the company embarked on a radical change, splitting into HP Inc., a PCs-and-printers business, and Hewlett-Packard Enterprise, which under CEO Meg Whitman’s direction is pivoting rapidly to selling data centers and other commercial hardware to big organizations.

While HP Inc., the larger of the two businesses, is trying to reinvent itself as a leader in fast 3-D printers, Hewlett-Packard Enterprise has been focused on becoming more nimble and focused on meeting the demand for cloud-computing hardware. Indeed Hewlett-Packard Enterprise is one of a small group of tech companies, including IBM and Dell, expanding their reach in the market for selling the servers, hard disks and networking devices for cloud services (these enable  big organizations to set up their own internet-based data storage and processing centers). The market for the gear outfitting these modern data centers is expected to grow by one-third from 2013 to 2018 to become a $45 billion industry.

These spinoffs have provided needed capital as Hewlett-Packard Enterprise realigns itself with a narrower focus. Last year it bolstered its hardware business by acquiring for $3 billion Aruba Networks, the second-largest provider of company Wi-Fi networks behind Cisco. And last month HPE announced a $275 million purchase of Silicon Graphics, which sells fast servers and storage systems.

While Hewlett-Packard Enterprise shrinks, its main rival in the world of company data storage and processing hardware is getting bigger. On Wednesday Dell finalized its $60 billion deal to acquire EMC Corp., which is being called the largest-ever technology merger. The move positions Michael Dell’s Texas technology company to be the biggest provider of the hardware and software used in building cloud-computing networks inside companies and government agencies.

But for Whitman, smaller is better. “The next five years is going to belong to the nimble, the fast and the focused,” Whitman told CNBC’s “Squawk on the Street” on Thursday. “So the contrast with Dell could not be more stark. They are getting bigger, we’re getting smaller.”