Welcome to your local NFL stadium: Home of the sensitive and easily offended

Given the norms of behavior in the stands, the brouhaha over Colin Kaepernick's protest seems like hypocrisy 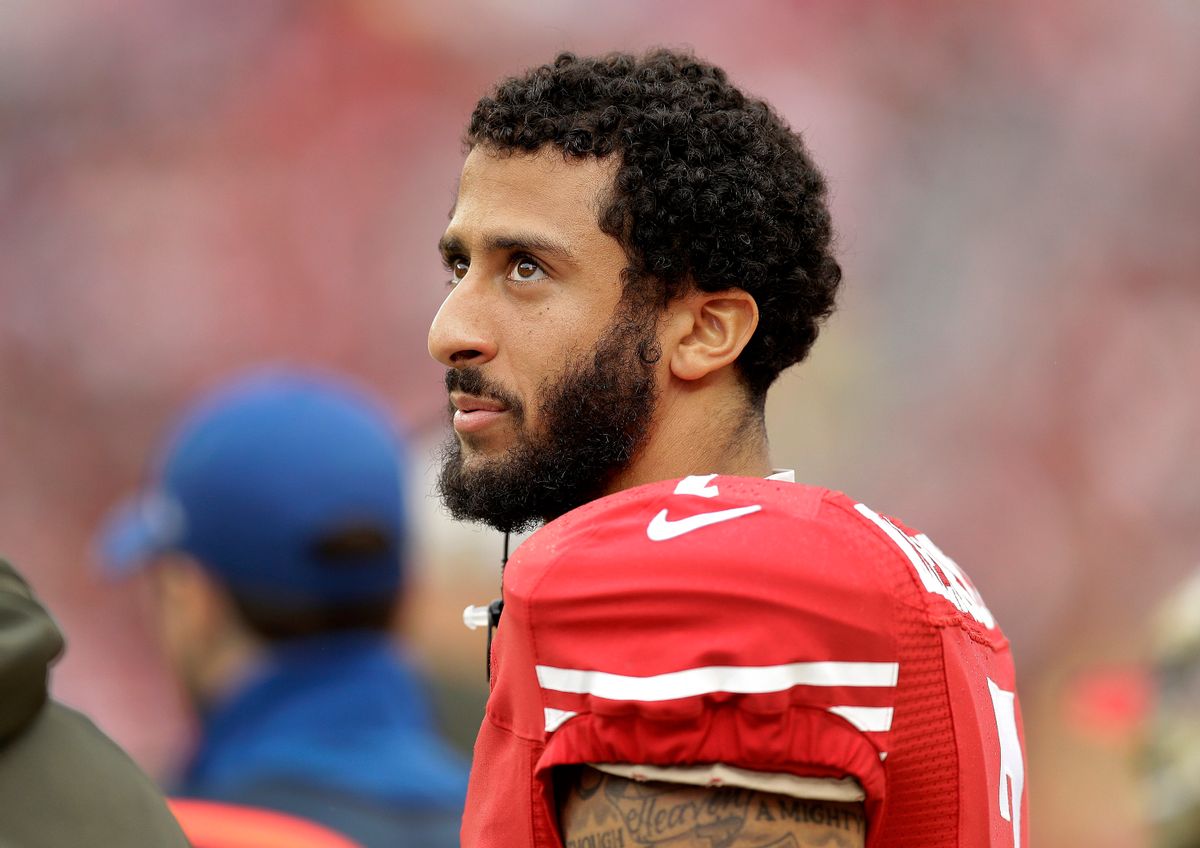 FILE - In this Nov. 8, 2015, file photo, San Francisco 49ers quarterback Colin Kaepernick stands on the field during an NFL football game against the Atlanta Falcons in Santa Clara, Calif. Kaepernick's protest of the national anthem over what he describes as oppression of minorities in the United States is apparently winning support from some veterans on Twitter under #VeteransForKaepernick. Kaepernick said he'll continue the protest during San Francisco's preseason game at San Diego on Thursday, Sept. 1, 2016. (AP Photo/Ben Margot, File) (AP)
--

A new NFL season started this week, and I’m going to let you in on a little secret: Sporting arenas can be a rancid soup of racism, misogyny, homophobia, jingoism and all-around alcohol-soaked nastiness. So much so that the NFL and other major league sports have had to initiate “fan conduct classes.” Which is what makes the criticism of Colin Kaepernick’s principled refusal to stand the national anthem at NFL games so laughable. If what goes on in sporting arenas represents some kind of benchmark for the exhibition of respect and national pride, well, sorry…our country is in deep, deep trouble.

Here’s another secret: When the national anthem is playing at stadiums, fans don’t immediately drop what they are doing and stand to attention. Many unsubtly check their phones. Many are out buying hot dogs and beer (and don’t flinch in the line when the song begins). Many use the anthem as a chance to go and take a leak before kickoff. So, what? They’re all Kaepernick-esque traitors? (And, while we’re at it, let’s ask TV stations to zoom in on the owner’s luxury skyboxes during the national anthem to see exactly what is going on in there. Is the level of patriotism among NFL brass acceptable? Do we need some more deportations?)

I write this with a certain authority: I am a lifelong sports fan, especially of the San Francisco 49ers. I also write this piece as a person who has attended professional and college football games (at my alma mater, the University of Texas at Austin) and heard fans hurl the most vicious abuse at players in the interests of nothing more than getting a laugh from those around them and/or venting some hetero-macho steam. When called out by fellow fans for their actions, it was common for these guys (and they are almost always guys) to respond, “Hey man, I paid for this ticket, and I can say what I want.” It’s their right.

And so we are back to rights…and we do love our rights. That’s our rights, of course, not their rights.

This is the utter perversity and hypocrisy of the criticism leveled against Kaepernick: the idea that he needed to double-check in advance if his mode of expression met some kind of approved community standard for patriotism. Critics, by the way, that included former 49ers head coach Jim Harbaugh, who appeared unaware of the glaring contradiction inherent in quoting dissident Nelson Mandela to his team in 2013, only to then rip Kaepernick’s comparatively tame “method” for calling attention to the very racism against which Mandela had fought. Kaepernick’s jersey is now the NFL’s best seller, suggesting that the fans are siding with him over such conspicuous flag-wavers as NFL Commissioner Roger Goodell.

This was all about sensitivity and feelings, we were told, and knowing when and where to make a stand so as not to offend the delicate, silent majority. We respect your right to voice an opinion, Colin, but won’t you think of the children?!? And what place could be more overflowing with sensitivity than an NFL stadium? The Thought Police in the United States don’t want Kaepernick soiling the purity of the flag by sitting or kneeling, but they don’t mind TV stations sandwiching that same sacred anthem between ads for watered-down beer and erectile dysfunction.

They don’t mind pitching Pat Tillman as the poster child for service and patriotism, but they object to discussing the fact that Tillman criticized the war and that the military blatantly lied about his death. They don’t mind 67 percent of NFL players being African-American, but they do mind when those African-American players express an opinion they find unsettling.

So, as we open the new NFL season, and before we all begin screaming for the players to draw blood and knock each other unconscious, let us all spare a thought for the easily offended in stadiums across the country.