Not all of 2016's political surprises are bad: A bipartisan campaign finance reform bill shows promise

Yes, Virginia (and all you other states), it could happen, and maybe this year 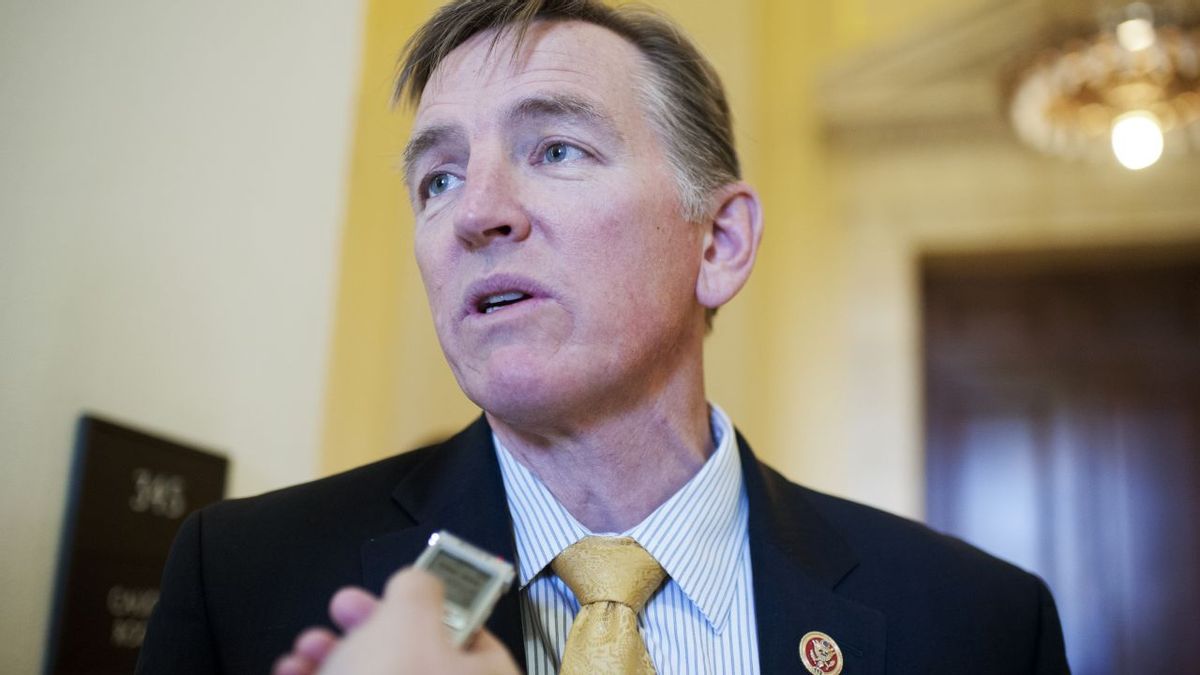 Has the moon turned blue? Has Hell frozen over? Could there actually be a bipartisan campaign finance reform bill in this of all years?

OK, it’s far from the kind of sweeping change that backers of a constitutional amendment to overturn Citizens United want. And it’s a long way from public financing for congressional elections. But supporters of Rep. Paul Gosar’s Stop Foreign Donations Affecting Our Elections Act are billing it as an important sign that Democrats and Republicans can find ways to work together on an issue that has long been hyper-partisan.

Gosar, an Arizonan who belongs to the staunchly conservative House Freedom Caucus, has rounded up 81 co-sponsors for his bill, including 30 Democrats. They run the political gamut from political giant-killer Dave Brat, who defeated House Majority Leader Eric Cantor (R-VA) by running to his right in a primary, to Rep. Alcee Hastings (D-FL), whom the nonpartisan GovTrack ranks among the most liberal members of the U.S. House. Two Democrats who are running for Senate in their respective states, Ann Kirkpatrick of Arizona and Tammy Duckworth of Illinois, also have signed on.

The bill is also supported by all nine members of the House Administration Committee, which is charged with clearing the legislation for floor action. “I work it,” grins Gosar, a loose-limbed 57-year-old with a boyish fetlock, explaining how a lawmaker of his strong ideological bent (he made headlines for boycotting Pope Francis’ speech to Congress) managed to put together such a diverse coalition. He’s hoping for a House vote soon.

What Gosar describes as a “commonsense bill” would require federal candidates who accept political donations by credit card to verify the donor’s identity by obtaining the credit card verification code (the three- or four-digit number that most commercial vendors already insist on having with a purchase), as well as the card’s billing address.

Because that information currently is not required, “it leaves the door wide open” to violations of campaign law, including illegal contributions from foreign donors, according to John Pudner, a former Republican political consultant whose last gig was managing the Brat campaign that unseated Cantor. He has since started a conservative campaign finance reform group called Take Back Our Republic.

At a forum this summer sponsored by Federal Election Commissioner Ellen Weintraub, Pudner described a scenario that would enable donors to violate both the federal limits on campaign donations and the prohibition on foreign donors by using the same credit card over and over to make contributions under the $200 limit above which the FEC requires names and addresses of the donors.

“If I was an unscrupulous political consultant and didn’t care about foreign law, I’d set up a room full of people, retype over and over the credit card number, $200 a pop,” Pudner said. “That avenue is there and so easy.” Does Pudner actually believe it’s happening? “The longer you have a loophole like this, the more likely it is to be abused,” he said.

Part of the appeal of Gosar’s bill for some Republicans is that it can be cast as a poke at President Barack Obama, whose 2008 and 2012 campaigns pulled in millions in small donations, some from unverified credit cards. Pudner, who says he has spoken with Obama campaign veterans about the measure, doesn’t think the president’s team was trying to violate the law, calling the loophole an “unintended consequence” of Obama’s aggressive fundraising strategy.

This year, Pudner said, both Hillary Clinton’s and Donald Trump’s campaigns are verifying the identities of credit card donors but Bernie Sanders — whose spokesman scoffed at Gosar’s bill as “a solution in search of a problem” — did not. A 2012 report by the conservative Government Accountability Institute found nearly half the members of Congress are not verifying credit card donations.

Longtime campaign finance advocates have pointed out that there are many other ways for illegal foreign contributions to find their ways into the political system, either through the “dark money” groups that, because of their 501(c)4 status, don’t report donors, or legally, through the U.S. subsidiaries of foreign-owned companies.

But Pudner — who says his group gets financial backing from both conservative activists and foundations, such as the Stuart Family Fund, as well as more traditional campaign finance reform funders such as the Rockefeller Brothers and the Democracy Fund — argues that the Gosar measure represents an important first step to recognizing that, as he said at the FEC forum, “there’s real grounds for agreement” between conservatives and liberals on some campaign finance reform measures.

Though Gosar hardly sounds ready to jump aboard the get-big-money-out-of-politics bandwagon (“a well-educated electorate is very important,” he said), the congressman doesn’t disagree.

“Who knows? I mean start on the things you agree on and go from there,” he said. “To be honest, you take baby steps. You crawl before you walk and you walk before you run.”