If you lose your insurance under Trump's health plan and end up hospitalized for a lung infection, it will cost you 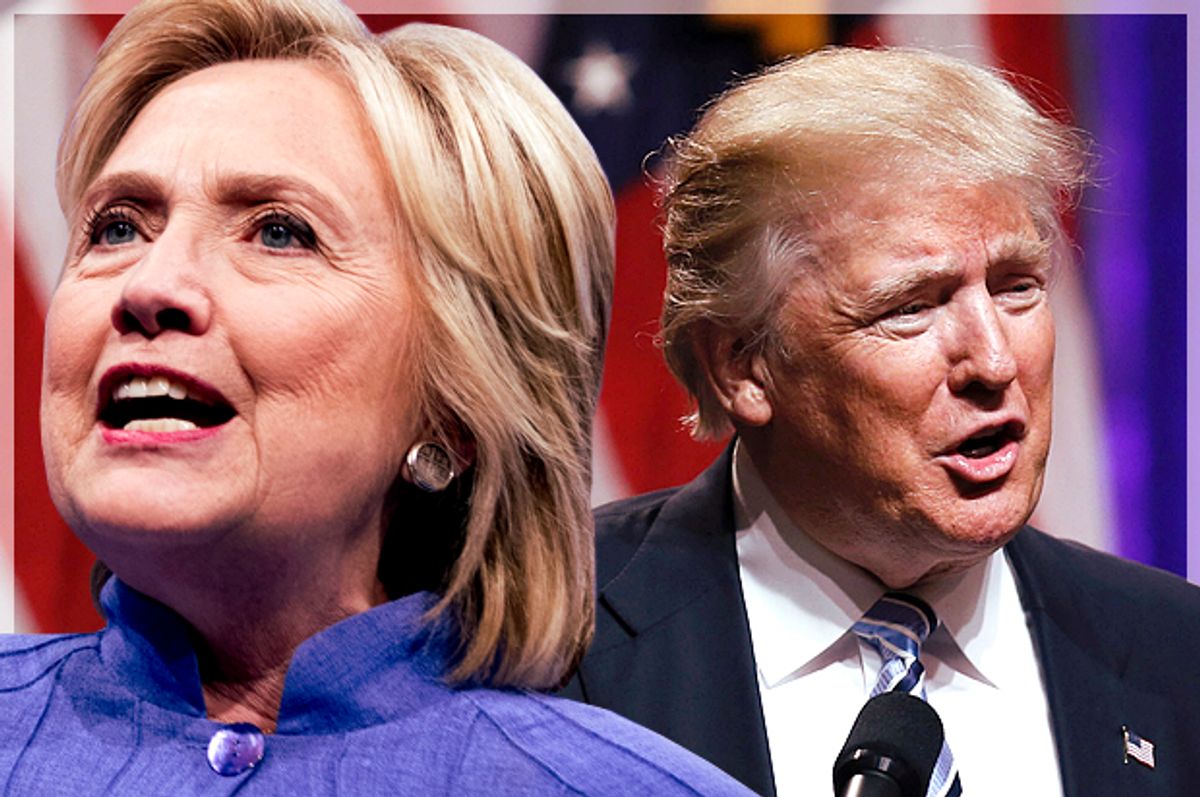 Hillary Clinton has pneumonia. That’s unfortunate for her, and it’s also frustrating for me as a politics writer, given that the entire political world is now consumed with determining the broader significance of the fact that Hillary Clinton has a common lung infection. I just don’t have it in me to strain to connect a medical diagnosis to broader campaign narratives. I’m not especially good at armchair medical diagnosis. And for the life of me, I can’t look deep into the soul of Clinton’s infected lungs and tell you what it all means.

But still, I have to write about politics, even if the political issue of the day is driven by infectious bacteria. So my solution to this is to crudely shoehorn in a policy angle, which goes like this: Under President Trump, you would not want to get sick with pneumonia or any other disease because his health care reform plan is an incoherent disaster.

The health care plan on Donald Trump’s campaign website isn’t so much a “plan” as it is a series of vague talking points, but that puts it squarely in line with pretty much every other Republican health care proposal of the last six years. The key points in his plan are the complete repeal of the Affordable Care Act, removing barriers to the sale of health insurance across state lines and changing the funding structure for Medicaid. (Remarkably the plan says nothing about pre-existing conditions.)

What would these changes mean for a pneumonia patient? Well, if Hillary Clinton contracts another case of pneumonia during the Trump presidency, then she’ll probably be OK because she’s a rich person who can easily afford to pay for the best medical care. Not only that, she would be able to deduct the costs of her premiums from her taxes. Trump’s health care plan, like most of his other plans, is a good deal for rich people.

But health care reform isn’t supposed to help the rich. It’s supposed to be for the people who can’t afford health insurance. So let’s say you’re one of the estimated 18 million Americans thrown off their coverage once the Affordable Care Act is repealed in the early days of the Trump administration, and you come down with a case of pneumonia. What happens then?

Well, maybe you’re one of the stoic types who can gut it out or who has the luxury of taking several sick days to rest at home and recuperate. Perhaps you’ll be fortunate and get one of the lower-grade pneumonias that don’t require hospitalization. You could be unlucky enough, however, to get a severe case that lands you in the emergency room. Or maybe one of your kids will come down with the disease and require hospitalization. Pneumonia is the most commonly diagnosed reason for inpatient hospital stays for people 17 and younger.

Whatever the circumstances are, a stint in the hospital to treat a lung infection could cost an uninsured person dearly. In 2011, the average cost of hospitalization for a case of pneumonia was $9,500. One 2013 study found that the mean “total healthcare cost for an inpatient [community-acquired pneumonia] episode ranged from $11,148 to $51,219 depending on risk stratum and age group.”

Obviously not all pneumonia cases require hospitalization, and the total treatment cost varies by region and depends on the health profile of the patient. (One Florida woman apparently racked up just short of $1 million in hospital charges for a particularly bad case.) Without insurance to defray the costs of hospitalization, a severe pneumonia diagnosis could be financially ruinous.

And that would be the case for really any major medical issue under Trumpcare. Trump’s plan would do away with the ACA’s premium subsidies, eliminate regulations mandating minimum-coverage standards and bring back discrimination based on pre-existing conditions. Low-income people on Medicaid would be put at risk by Trump’s proposal to rely on "block grants" for the program, which would likely result in a massive overall funding cut.

Trump's proposal to let people to deduct their premium payments from their federal income taxes won’t do anything for low-income people who already have no federal income tax burden, and his plan to incentivize spending on health savings accounts won’t do much for people who don’t make enough money to spend using such accounts.

The cumulative effect of the Trump plan would be fewer people with health coverage, more people shut out from access to health coverage, plans that cover fewer conditions and chaos in the insurance market. The Affordable Care Act was designed to reduce the risk of financial ruin that accompanies unexpected illness and hospitalization. Trump’s plan would bring that risk roaring back.

So let’s not worry too much about Hillary Clinton or her pneumonia. She’s rich, so she’ll probably be fine no matter what happens. Instead, let’s worry about the many millions who, under the Trump health care plan, would be stuck with no medical options beyond praying that they don’t get sick.