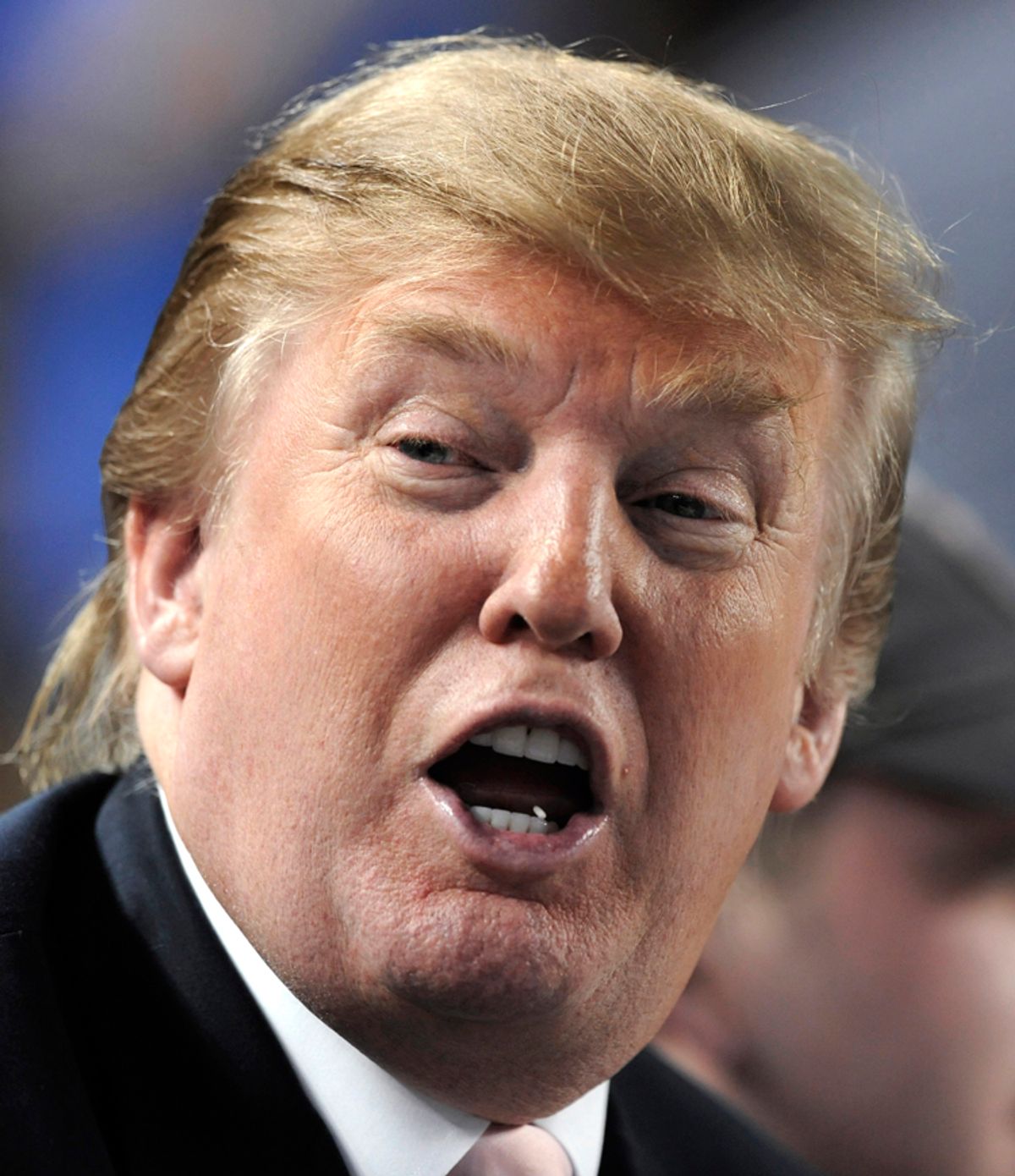 The Donald J. Trump Foundation, a nearly 20-year-old charity group founded by the Republican presidential nominee, is allegedly little more than a scam operation that uses people's money to donate to other charity groups while benefitting the wealthy businessman and allowing him to take all the credit for himself.

According to an ongoing Washington Post investigation and series of reports, Trump's foundation, which was set up in 1987, hasn't even received a donation from the man it is named after since 2008. And the money that the Trump Foundation donated this year was nearly double what it raised during the three-year period from 2012 to 2014, according to Florida's Sun Sentinel.

Furthermore, the Post's David Farenthold reported that on several occasions Trump used other people's money donated to his namesake charity in order to personally benefit. For 250 charities contacted by the Post, donations that Trump claimed to have made could not be successfully located. Five donations were reported to the IRS that the charity recipients claimed they never received.

When the Trump foundation did make charitable financial contributions, it was often with money solicited directly from another charity. In one example, Trump solicited from 2009 to 2010 $150,000 from one New Jersey charity, the Charles Evans Foundation, to his Donald J. Trump Foundation and then made donations to the Palm Beach Police Foundation in the same period that were equal to the sum it received from the Charles Evans Foundation, adding no money out of its coffers. Trump went on to win a Palm Tree Award for charity from the Florida police foundation at a 2010 ceremony held at his Palm Beach Mar-a-Lago Club. In 2014, the police foundation again rented space at Trump’s Mar-a-Lago Club for $276,463 — for an event honoring Trump’s philanthropy. The police group also has an annual golf tournament at Trump International.

“I don’t have to give you records,” Trump said to the Post in May, “but I’ve given millions away.” The Post, however, analyzed 17 years of tax filings and interviewed more than 200 individuals or groups listed as donors or beneficiaries and discovered that most donations to the family foundation did not come from the Trump family:

In tax records, the last gift from Trump was in 2008. Since then, all of the donations have been other people’s money — an arrangement that experts say is almost unheard of for a family foundation.

The Trump foundation, managed by Trump and his children Ivanka, Eric and Donald Jr., who spend half an hour per week on the foundation, according to the latest report in 2014, has also made curious purchases. At a 2007 charity event at Trump's Mar-a-Lago resort, speed painter Michael Israel created a portrait of Trump in his "five- to seven-minute" style to auction off on behalf of the foundation. Trump's wife, Melania, placed the winning bid of $20,000 for the six-foot portrait.

“I understand it went to one of his golf courses,” Israel said of the painting.

In another example, Trump used foundation funds to place the winning bid on a signed football helmet and jersey from then Denver Broncos quarterback Tim Tebow at a charity event in 2012, paying $12,000 straight out of the foundation's coffers. As the exposé pointed out, the IRS prohibits such acts. Farnethold explained to ProPublica how exactly Trump's behavior ran afoul of rules for non-profits:

If he had an office for the Trump Foundation, he could put it there, but there is no Trump Foundation office. It doesn't have any staff or any buildings or anything. In order to comply with the law, he has to use the helmet for charitable purposes. He has to give it to a charity. The question is what became of it. We've got no answers from Trump about it. Eric Trump said he thought his father had just given it to a random child which is also not allowed by the IRS.

The Post's investigation found Trump has also used his charity for political purposes (a violation of IRS rules) besides the already reported donation to Florida Attorney General Pamela Bondi after her office decided not to further investigate Trump University on allegations that it was a scam for-profit educational outfit. A conservative activist group that filed a federal lawsuit against New York Attorney General Eric Schneiderman received $100,000 from Trump's foundation in 2014. At that time, Schneiderman was suing Trump for fraud over Trump University, according to Yahoo!