The North Korea nuke nightmare: The danger is real — and answers for the U.S. are scarce

The North Korea situation is just what the U.S. might have been looking at with Iran if Obama's deal never happened 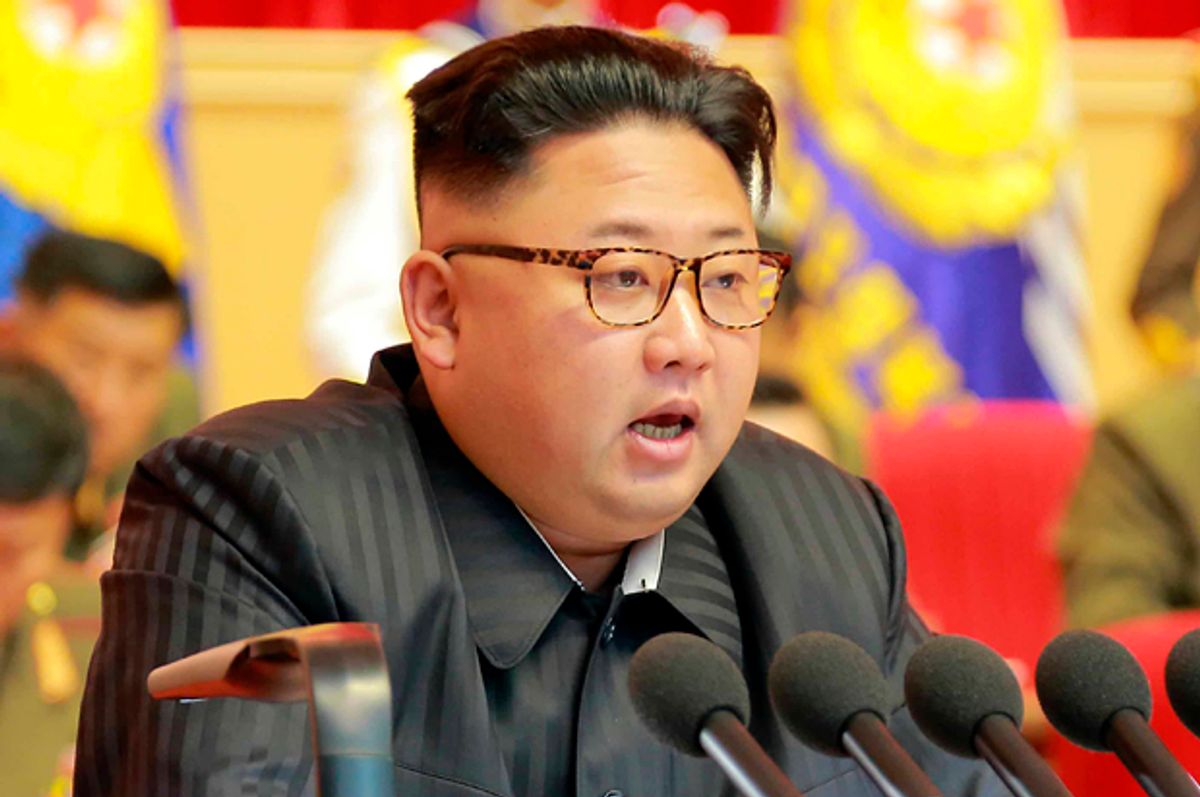 The next time your drunk uncle on Facebook starts yelling about how President Barack Obama sold out the nation to make a deal with Iran over its nuclear weapons program, just say these two words to him: North Korea.

That is one of the nuggets buried in this Vox interview of Jeffrey Lewis, an expert on North Korea’s nuclear program and director of the East Asia Nonproliferation Program at the Middlebury Institute of International Studies in Monterey, California. Lewis spoke to Vox after North Korea apparently conducted a successful test of a nuclear weapon on Friday. If you would like to start your week with waves of terror washing over you, by all means go ahead and read it.

There are a couple of important points to single out to guide how we may want to think about North Korea and its nuclear weapons during the coming days, when Donald Trump and the rest of the Republican Party will no doubt be using this latest test to bash “the Obama-Clinton foreign policy failure” that has led to the boy dictator Kim Jong Un's realizing his nation’s nuclear ambitions.

One, as mentioned above, is that the current North Korea situation is exactly what America might have been looking at with Iran a decade from now if the Obama administration and its allies had not made a deal with that country last year.

Recall that in 1994, President Bill Clinton’s administration negotiated a deal with North Korea whereby the regime froze its nuclear weapons program and closed its plant at Yongbyon. The plant and the plutonium it had produced so far was placed under the eye of inspectors from the International Atomic Energy Agency. In exchange, North Korea got to build two light-water nuclear reactors, which were only to be used to produce electricity.

Then in 2001, President George W. Bush’s administration came into power and took a more belligerent stand, confronting the North Koreans with evidence that they had been secretly enriching uranium. In response, North Korea kicked out the International Atomic Energy Agency inspectors and reopened the Yongbyon plant, accelerating its nuclear-weapons development program. The country conducted its first nuclear test five years later, in 2006.

At the same time, the country has pursued a ballistic missile program that occasionally tests its products by lobbing missiles in the general direction of Japan. Friday’s test indicates it has figured out how to build a warhead that can fit on one of those missiles.

Imagine if the Bush administration had taken a less belligerent approach in 2001. Or imagine the Obama administration's adopting that same belligerent tone with Iran starting in 2009. Or if you really want nightmares, imagine Donald Trump's getting elected in 2017 and threatening both Iran and North Korea if they don’t knuckle under to him.

The second point worth taking away from the Vox piece is that as far as North Korea is concerned, there is no putting the nuclear genie back in the bottle, even while peaceful negotiations are really our only option. It would be nearly impossible to impose even tighter economic sanctions on that country in an effort to bring it to heel, as it is already the most isolated nation on Earth.

Its only real partner is China, which doesn’t want to squeeze it too hard for fear of the regime falling and millions of North Koreans fleeing across the Chinese border, creating a nearly unimaginable humanitarian crisis. Meanwhile, American allies like South Korea and Japan are afraid of what North Korea might do, which could result in one of those nations doing something first that would provoke a confrontation.

Still, even peaceful negotiations are not likely to cause North Korea to close down either its nuclear weapons or ballistic missile programs. Why would it? Those make it the regional power it wishes to be. Perhaps the regime could be convinced to slow down development and production or cap the number of missiles and warheads it is allowed to possess. But even one warhead is one more than the nation’s neighbors are comfortable with. It certainly is one more than the crazed reactionaries who make up the Republican Party will be willing to accept. One can only imagine the chest thumping we’ll hear from senators like Tom Cotton in the near future.

Assuming Hillary Clinton wins November’s election, the North Korea situation just got a whole lot trickier for her new administration to navigate. There is little or nothing that she can squeeze from the regime that will look like victory for the United States and its allies, but a whole host of events, many beyond her control, that look an awful lot like catastrophic failure.