Gaffe or reality? Clinton gets condemned for Trump slam that's rooted in an ugly truth

The media is quick to condemn Clinton's accusation about Trump supporters, despite ample evidence supporting it 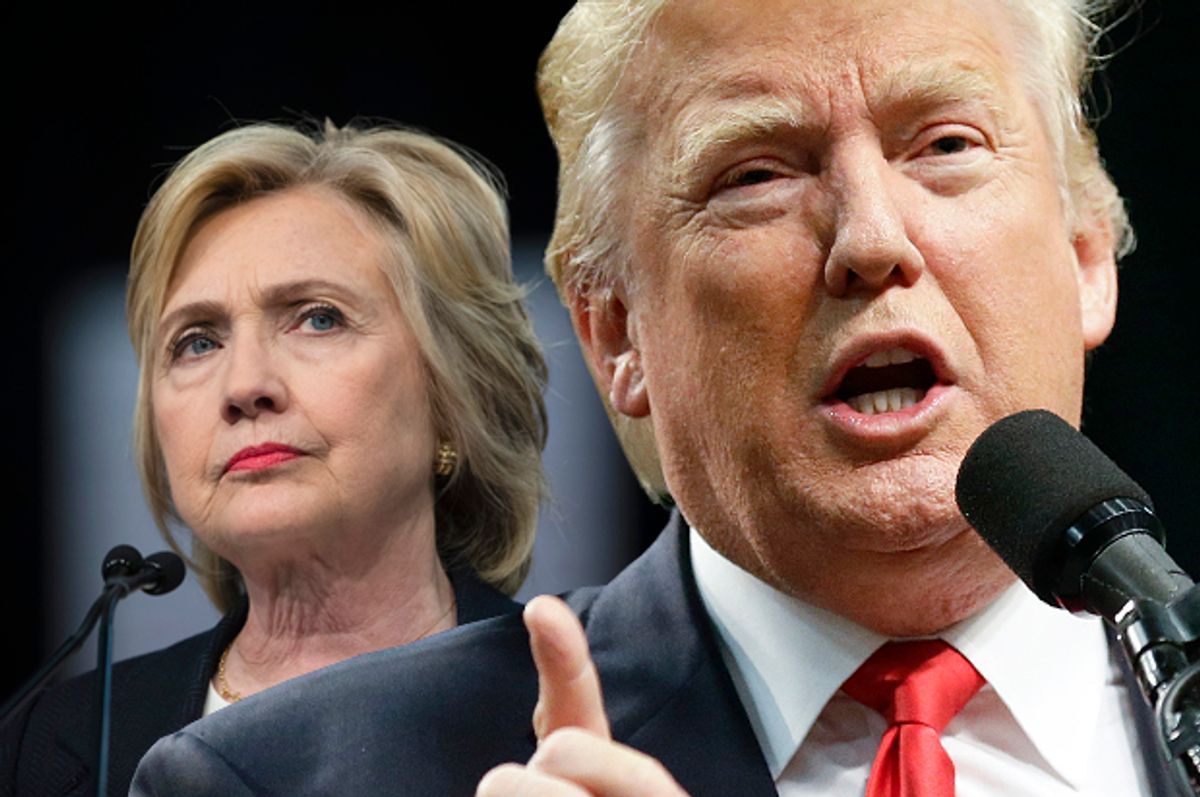 Among the lessons we can take from the media reaction to Hillary Clinton’s “basket of deplorables” comment last Friday – and Lord knows there are quite a few – the most repellant could be what it says about whether the Republican Party might, in the wake of the election, finally confront the white supremacy and racism it has encouraged among its rank-and-file in order to win elections for the last few decades.

To be sure, the chances the GOP might finally come to terms with itself were already slim. Feeding off of white grievance politics has been a profitable electoral strategy for the party since the 1950s. Even if Donald Trump goes down to resounding defeat in November, the party is likely to do well enough in the House and Senate races that its leaders might convince themselves that they do not need to change course after all.

And even if party leaders do recognize the need for change, as they did with their post-2012 “autopsy” that suggested reaching out to the rapidly growing population of Hispanic voters, it is entirely possible the base will rebel again, as it did after the autopsy was published. The result of that could be a Republican Party pushed even further to the right. If that’s even possible. (Spoiler alert: It’s possible.)

The question of what happens to the GOP in the wake of a likely Trump defeat has been one of the more interesting questions this campaign season. There is an obviously large split between the #NeverTrump contingent on one side and the diehard Trump supporters who think anyone not supporting the nominee is a disgusting cuck on the other. (The more cynical careerists like Paul Ryan who refuse to denounce the nominee even while withholding full-throated support will cravenly wait to see which way the wind is blowing after the election before choosing a side.)

There has been a recognition among at least some in the party on the #NeverTrump side that the party was being buoyed, as liberals had been screaming for years, by the forces of white supremacy and bigotry. Which has led to some speculation that the GOP could split post-election as the white nationalists and the establishment figures battle for control. Will the #NeverTrumpers prevail and try to rebuild by moderating their doctrinaire conservatism to attract dissatisfied members of the Democratic coalition? Or will a takeover by the Trumpists lead to a mass exodus by the #NeverTrump crowd, and where will those people go if they find themselves politically homeless?

Which brings us to the media, and the reporting of whatever we’re calling Clinton’s Friday comments. (Deplorablegate? Deploraghazi?)

One of the criticisms that the media has endured (and in some cases feebly defended itself against) this campaign is its normalization of Trump and his racism, and the endless determination in some quarters to revert to what is shorthanded as “both sides!” Sure, Trump and his fans are bigots, but Hillary Clinton didn’t tell everyone she has pneumonia, so both campaigns are equally guilty of some gaffe or other.

We have seen a stream of this sort of myopia since the “deplorables” comment went public. Media figures have invested heavily in viewing it through the prism of campaign strategy. They have intoned with breathless wonder: Is this the campaign’s biggest gaffe? Is this Clinton’s “47 percent” moment? How will labeling a certain percentage of the electorate deplorable racists and xenophobes affect a race with already-tightening polls?

And while there is a place for strategic analysis, the public would be so much better served by an examination of the substance of Clinton’s comments. After all, there is empirical evidence to suggest that at least half of Trump’s supporters do in fact possess bigoted views. You don’t even need to have gone to one of his rallies to know this. It has been a closely examined topic for at least the past year. There has been plenty of time for members of the media to recognize and quit making excuses for it.

But because political journalists are trained to look for balance, to not appear biased in favor of one side or another, the white nationalism that drives Trumpism is simply beyond the capabilities of many to accurately diagnose. They have to fall back on finding something Clinton has done that can be made to sound equally bad.

Up to now, the GOP has had plausible deniability about the white supremacy that animates modern conservatism. Or at least it had it within the right-wing media echo chamber. With that white supremacy out in the open, the mainstream media could hold the party to the reckoning it so obviously and desperately needs, and which there was a slight chance it might have been moving towards after this election. But by reverting to the “both sides” narrative, it will give the Republican Party an out with the general public. It will allow a post-Trump party to paper over its divisions with soothing talk of common ground.

Win or lose in November, if the GOP misses the opportunity to take honest stock of itself, the media will have had a big hand in helping it let itself off the hook.