A masculine conception: Women may not be needed in the future of baby-making 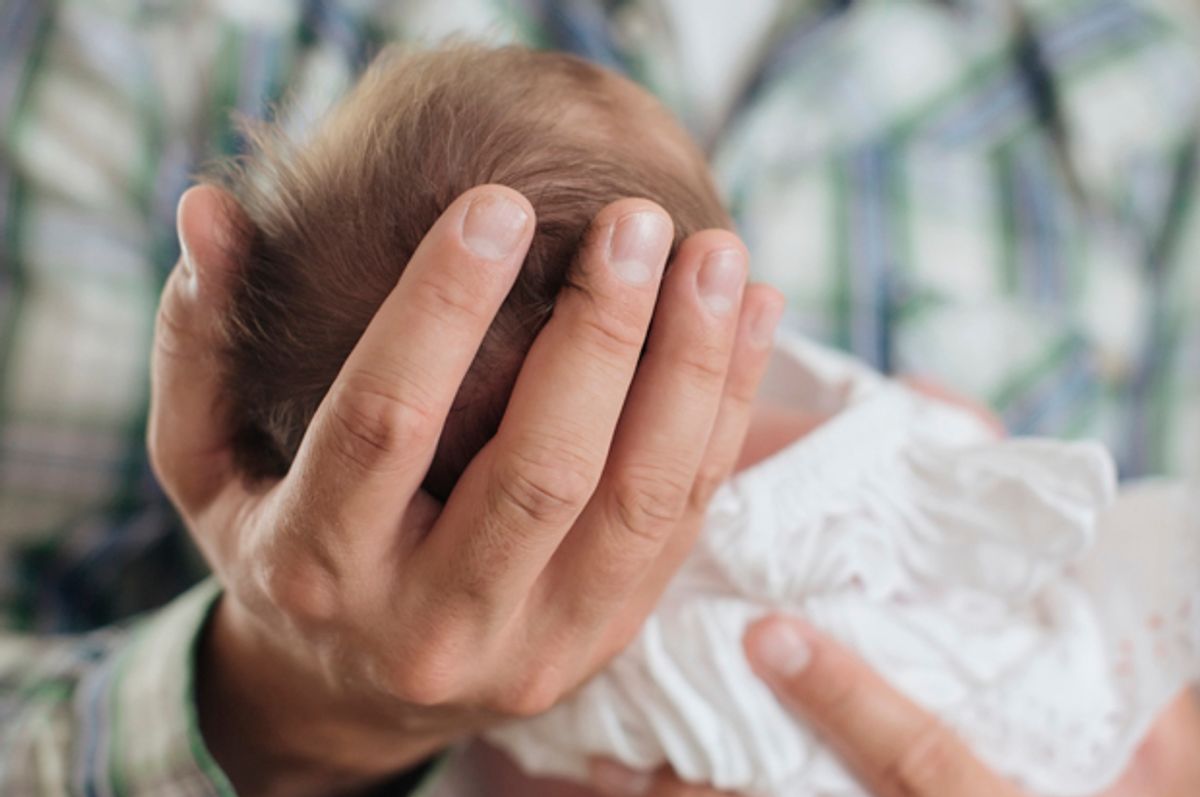 Once upon a time, children were told families were created via heteronormative processes that include courtship, marriage and procreation. Families formed through systematic equations: Husband plus wife will someday equal daddy and mommy, and baby makes three. Now, however, science has evolved to adapt to social and cultural norms that no longer stipulate — nor require — that families be united. New research suggests parents of each sex won’t even be required to produce offspring in the not-so-distant future.

In a new study published in Nature Communications, scientists from the University of Bath used chemically based techniques to effectively trick sperm into fertilizing pseudo-embryos. Traditionally procreation begins once a sperm fertilizes an egg, at least as far as middle-school biology is concerned, but new reproductive technology might make the egg obsolete.

The researchers aimed to better understand the complex mechanisms that lead to egg fertilization due to the mysteries that still underlie conception. To better understand embryonic development, the scientists essentially duped sperm into fertilizing pseudo-embryos that were made of skin cells, which share similar processes of DNA division and control. The process, called mitotic reprogramming, sheds light on the future of reproductive technology.

Mouse sperm was injected into pseudo-mouse embryos and the results showed that healthy offspring occurred in one out of four cases. Not bad odds for emerging technology.

“This is the first time that anyone has been able to show that anything other than an egg can combine with a sperm in this way to give rise to offspring,” said Tony Perry, one of the study’s researchers, to the BBC. "It overturns nearly 200 years of thinking."

Not only does it overturn centuries-old thinking, but also suggests that women might not be necessary to the baby-making process someday. This could have a huge effect on society in that two men could potentially “conceive” a child with one partner’s sperm and the other’s skin cells. The offspring that results would share the DNA of each parent, just like any other child. Additionally, a man could produce a child with his own sperm and his own DNA from another cell. The result of the pairing would be more along the lines of a nonidentical twin than a clone.

Reproductive technology continues to evolve and reshape how we think about families. Earlier this year Chinese scientists produced lab-grown sperm from stem cells to fertilize mice. The sperm and the eggs used in this experiment produced healthy offspring. With these rapidly evolving technology, one can speculate that someday human children can be created in labs whose “parents” are lab-grown sperm and pseudo-embryos.

The possibility of this happening raises the question of who will raise these children? Infertile adults who desperately want to start a family? A single person who wants the joys of offspring without the headache of a partner? Or someone with sinister intentions? Undoubtedly society will have to reprogram and evolve in order to appropriately adapt to this new way of reproducing humans.

It’s an interesting and eerie thought to consider. We’re familiar with the “Which came first, the chicken or the egg?” adage (the answer is actually the egg, because birds evolved from reptiles), but the question becomes irrelevant in this context. In the age of relationships without romance and lust at first swipe, it’s not a stretch to someday have children without mothers.