Recession hangover and the rise of Trump: His rise is fueled by an anger based on fiction

The U.S. is not "going to hell": Trump's backers must stop being denial about the steadily improving economy 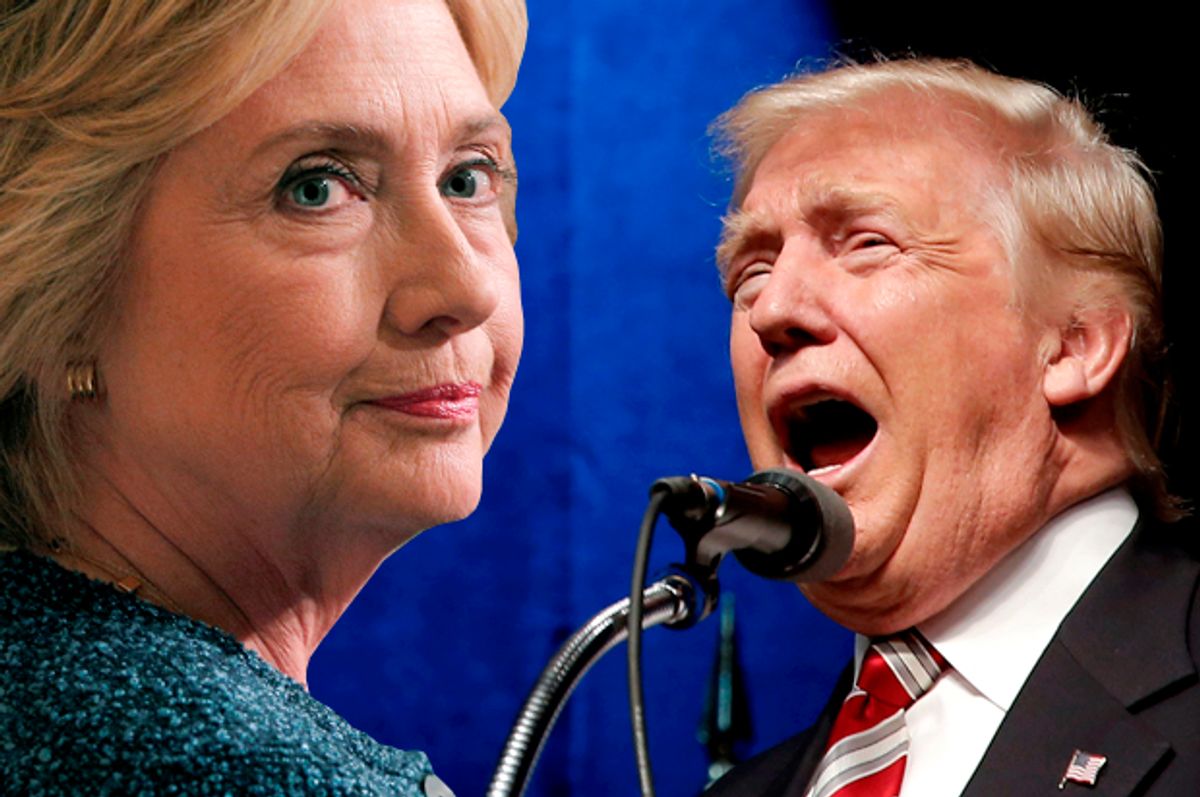 Jeff Greenfield wrote a piece in Politico recalling the 1992 presidential campaign in which he compared the rise of Donald Trump to Pat Buchanan's primary challenge and the political environment that spawned it. It's an interesting look back at a race that has some intriguing parallels to 2016.

Greenfield thinks Trump's timing is better than Buchanan's because immigration is a more acute problem and American global dominance seems less assured so the isolationist argument has more salience today. And he points out that the white working class, a focus of much of this election, has seen stagnant wages since the start of the new millennium, as manufacturing jobs continue to disappear. This is the recipe for the kind of right-wing populism that both Buchanan and Trump represent.

But it appears that at long last the cloud is lifting. Immigration really isn't such an acute problem (it's been declining for years) and even Russian President Vladimir Putin admits that American dominance is as overwhelming as ever. Most important, the economic news this week was very good.

Poverty fell sharply, middle-class incomes rose steeply, and more people had health coverage last year, according to Tuesday’s report on household economic conditions from the Census Bureau — the best evidence to date that the growing economy is finally reaching households that had been left behind.

The trends are going in a positive direction for the first time in a long time mostly due to a tightening of the job market leading to higher wages and more hours across the income scale. Both unemployment and inflation are down leading to more money in people's pockets. The Affordable Care Act and low unemployment are responsible for the sharp rise in health coverage. The greatest gains in the past year were among the low- and middle- income households and they were real gains for a change.

In short, things are looking up. In fact, they've been looking up for a while. And yet this election is being waged in an atmosphere of great rage and resentment, as if nothing had changed since 2010. What's going on?

The reason I brought up the 1992 election is the fact that the recession that had brought on that bout of populist fervor had also been over for a while. It lasted eight months from July 1990 to March 1991, but more than a year later the angst and the anger were just reaching fever pitch.

In a poll conducted May 4-6 and made public this week, the Wirthlin Group found that 14 percent said the country was moving in the right direction, while 83 percent said it was on the wrong track. That was the highest level of pessimism recorded in 12 years, said the group's political project director, Michael Dabadie. The group tied these findings, in part, to the riots in Los Angeles, but it was also part of a bleak pattern throughout 1992.

It felt a little like the country was falling apart with desperation everywhere and urban riots and bizarre politics. I remember Bill Clinton saying that he was riding in a car somewhere in New England and saw a man standing on the side of the road with a sign that said, "Do something, please just do something." We know how that election ended. Buchanan lost the primary, the third-party candidate anti-trade reformer Ross Perot took 20 percent in the general and Bill Clinton went on to govern as president during one of the longest economic expansions in American history.

Needless to say, the 2007 financial crisis and the global Great Recession that followed cannot be compared to what happened in 1991 to 1992. The scale of the recent upheaval was a (hopefully) once in a lifetime cataclysm. It also revealed some systemic problems that have yet to be adequately addressed, income inequality being at the top of the list as well as serious weakness and corruption in the financial system. So far there does not seem to be much will to confront them.

And communities hit hard by the loss of manufacturing over the past 30 years are still hurting. That is a perennial problem for which there seems to be no easy answer. Better trade policies will surely help but the globalization genie isn't going back in the bottle.

Still, the larger economy is improving rather smartly at long last and yet we have Donald Trump, the author of a book called "Crippled America," saying daily that the country is going to hell and tens of millions of people agree with him. Obviously, one big reason for this is the right-wing media from which many of these Trump supporters get their information. If you watch Fox News, you are told on a daily basis that we are living in a dystopian hell-scape on the verge of economic collapse and imminent imposition of sharia law by illegal immigrants. His followers who are employed undoubtedly believe they are among a very lucky few.

But I also think that people suffer from an emotional hangover after these economic upheavals. You feel paralyzed when they're happening, afraid to make a move or take a chance. And that makes sense. It's a perilous time. Once things finally improve in a substantial way, it's as if you are coming back to life and there's an understandable feeling of pent-up anger and resentment about what you have gone through. It's not about what's happening now; it's about what happened before.

Of course. that's not a conscious thought. People just feel what they feel in the moment and when their anger is answered in some way, it begins to dissipate. I don't know if that will happen this time. A lot depends on how well people do economically, if they feel secure and are hopeful about the future. But it could happen. And if it does, the next few years may look very different than the ones we have just experienced.

This news won't make a difference in this election, of course. The narrative has been set. But whoever wins may be coming in with a strong wind at his or her back. Let's hope to God it isn't Donald Trump, who would not only destroy whatever gains we might have in our future; he would also take credit for the upswing and use it to seize a mandate for some of his worst policies. And instead of a well-deserved period of economic well-being, Americans would be faced once again with mourning in America. If things are getting better, the last thing we need is another Republican to come in and mess things up again.