Talk about a barrel of gaffes — a staggering 58 oil producers, with $50 billion in debt, have gone belly up in 2016 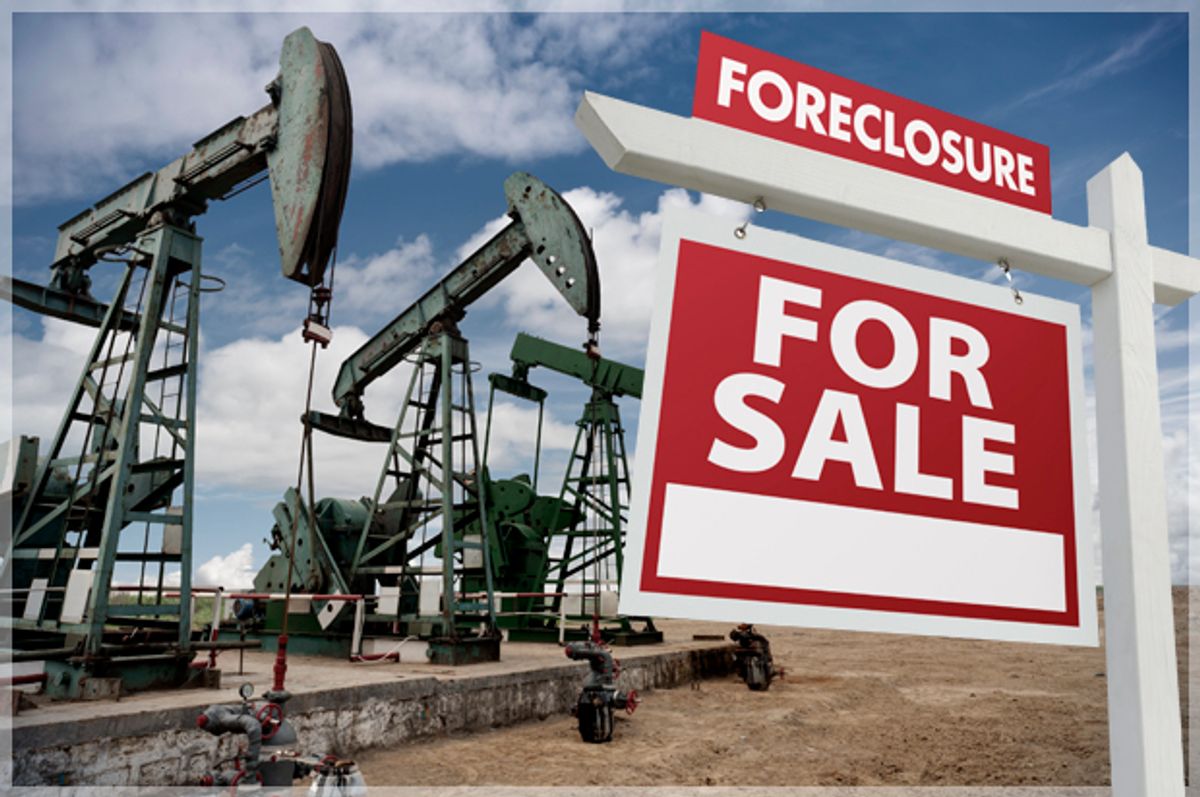 Just four years ago business was booming for Northstar Offshore Group. The small Houston-based oil and gas firm spent $160 million to snatch up more than a dozen oil fields beneath the shallow waters off the coast of Louisiana. At the time U.S. producers were enjoying some of the highest crude oil prices on record and lending to the country’s energy sector was flowing as freely as a freshly tapped well.

Today Northstar has become one of the latest casualties of the rapid growth in oil and gas extraction that’s hammered prices down from about $120 per barrel of crude in 2012 to about $45 this week. Last month the company became the 102nd U.S. or Canadian oil and gas company to file for bankruptcy since the start of last year, according to a monthly report released this week from global law firm Haynes and Boone.

This crash in prices has made 2016 one of the worst years on record for industry bankruptcies since a similar global oil glut in the 1980s wiped out scores of energy companies. And now the survivors who have been able to stay in business with oil hovering at $40 to $50 a barrel are waiting to see if oil prices can stabilize enough for them to snatch up assets from their failed rivals.

“When a hurricane is out in the Atlantic, you don’t know whether to move to stay in place,” Bernard Clark, head of Haynes and Boone’s energy practice, told Salon. “The industry hopes and expects we’re over the hump. If oil can stay in a predictable price range companies can make business decisions.”

At least 58 producers have fled to bankruptcy court this year, representing about $50.4 billion in debt, far above last year’s $17.4 billion debt accumulated from the 44 companies that filed for bankruptcies. And despite an uptick in oil prices from a 12-year low of $26 a barrel in January, more bankruptcies are expected to arrive this year.

Fueling the current wave of bankruptcies has been a debt-fueled U.S. energy boom. From  2011 to 2015, oil and gas companies piled on $150 billion in debt, reaching a total of over $350 billion, in their rush to fund growth and take advantage of high oil prices, according to the Financial Times.

But some analysts say the worst is over. “Most of the companies that had too much debt have either already filed for bankruptcies or have restructured,” Tim Hynes, head of research at bankruptcy forecaster Debtwire, told Salon. “When oil was around $26 per barrel in January there were 183 borrowers on our watch list. Now it’s at 135, so that’s a significant drop.”

If the bankruptcies in the U.S. oil and gas sector peak this year, expect the next wave of activity to be consolidation — as larger companies with solid balance sheets shop around for lucrative mergers and acquisitions, according to analysts.

“It’s a really dynamic situation right now,” Chad Watt, head of North America energy sector analysis for Mergermarket, told Salon. “When you look at the data, there are a lot of bankruptcies but the bankruptcies aren’t leading to a lot of asset sales right now.”

So 2016’s wave of bankruptcies could turn 2017 into a year of consolidations, especially if oil prices rise and remain at least $50 a barrel, a price where more companies can turn a profit on their drilling activities.

Hynes says companies including Magnum Hunter, Seventy Seven Energy and Swift Energy, could be ripe acquisition targets in the near future as the private bondholders and equity investors that rescued them look for buyers. “A lot of these companies have been taken over by hedge funds, and they will be looking to exit from their investments,” Hynes said.