Trump's camp claims he's given $100 million to charities, but sans tax returns, less than $10,000 is accounted for 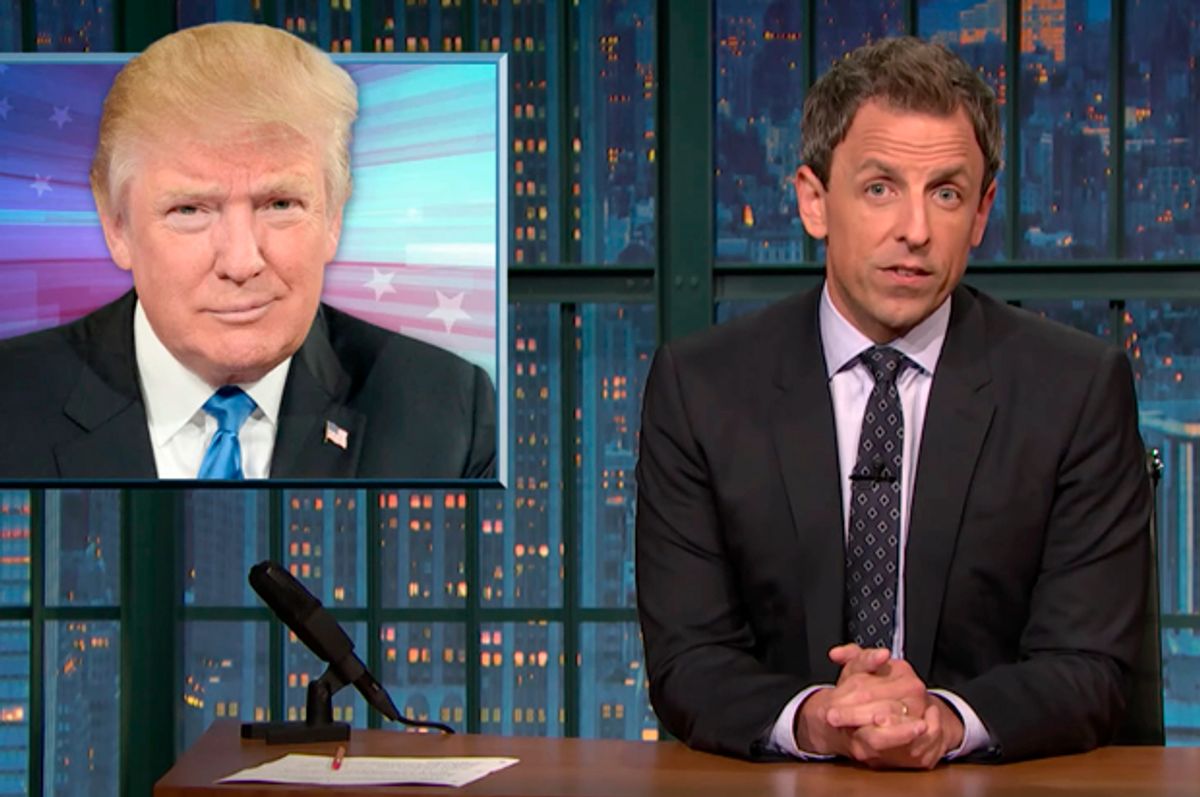 "Late Night" host Seth Meyers on Wednesday to "A Closer Look" at Donald Trump's eponymous foundation, which the GOP presidential nominee cites broadly as evidence of his charitable donations.

"Without proof in the form of tax returns, reporters have had to check for themselves to find Trump's personal donations," Meyers explained. Trump's campaign claims the billionaire has donated upwards of $100 million to various charities over the years, but no evidence of that has been made available.

Washington Post investigative reporter David Fahrenthold told CNN he'd called 326 charities "that seem to be closely tied to Donald Trump," and found evidence of only one out-of-pocket donation, in 2009, for "less than $10,000" ."

"So his campaign claims a $100 million, but reporters can only find $10,000" Meyers responded. "That's like saying you have a private jet when you only have a private Jetta."