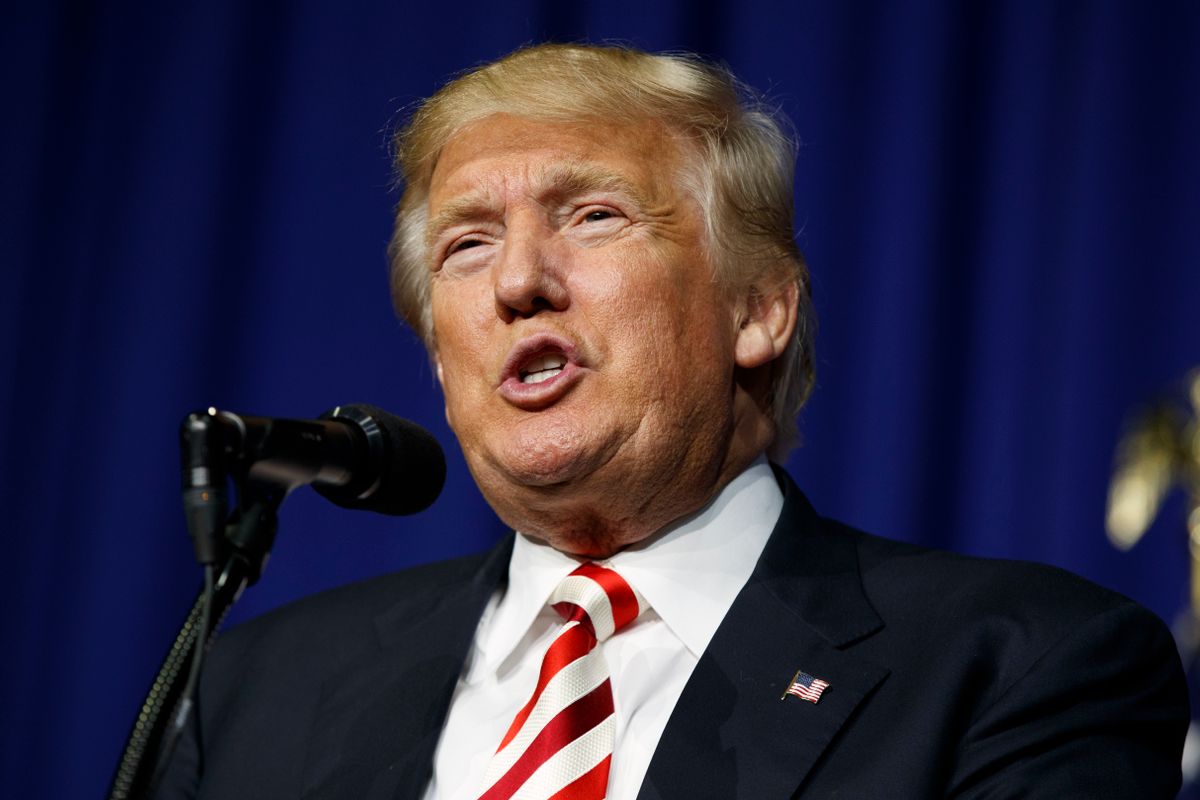 Republican presidential candidate Donald Trump speaks during a campaign rally, Thursday, Sept. 1, 2016, in Wilmington, Ohio. Trump heads into the Labor Day weekend trailing Hillary Clinton both nationally and in key battleground states. But with just over two months ago, he still has a narrow window to try to make up on wasted time. (AP Photo/Evan Vucci) (AP)
--

Donald Trump conceded President Barack Obama was born in the United States at a promotional event Friday for his new Washington, D.C. hotel.

That was it, however. Billed as a major announcement on birtherism, Trump said little that will placate Obama supporters and the press who were expecting a formal apology.

This is the ENTIRETY of Trump's statement on birtherism. I am gobsmacked. pic.twitter.com/0KjrqFfkiO

Trump did nothing to put the issue to rest or to keep this from coming up in debate. And as he showed when pushed by WaPo, he struggles 1/ — Maggie Haberman (@maggieNYT) September 16, 2016

I actually think this might have been the final straw for many in the media - they're tired of being played for fools by Trump. — Jon Favreau (@jonfavs) September 16, 2016

Sounded like Trump was reading a hostage statement when he said Obama was born in the United States. — andrew kaczynski (@BuzzFeedAndrew) September 16, 2016

Ew, so Obama is from that country that nominated Donald Trump? — Full Frontal (@FullFrontalSamB) September 16, 2016

Well that was a clusterfuck for the Trump Campaign — Dan Pfeiffer (@danpfeiffer) September 16, 2016

Trump even had the audacity to fold Hillary Clinton into the birther movement:

Instead of taking follow-up questions to his non-apology, Trump abandoned his press pool and paraded photographers around his new, shiny hotel:

There is no reporter that is with Trump right now as he's touring his hotel. It is literally a photo-op. Just cameras. — Sopan Deb (@SopanDeb) September 16, 2016