Life in the expat bubble: How a language barrier helped me live in blissful isolation 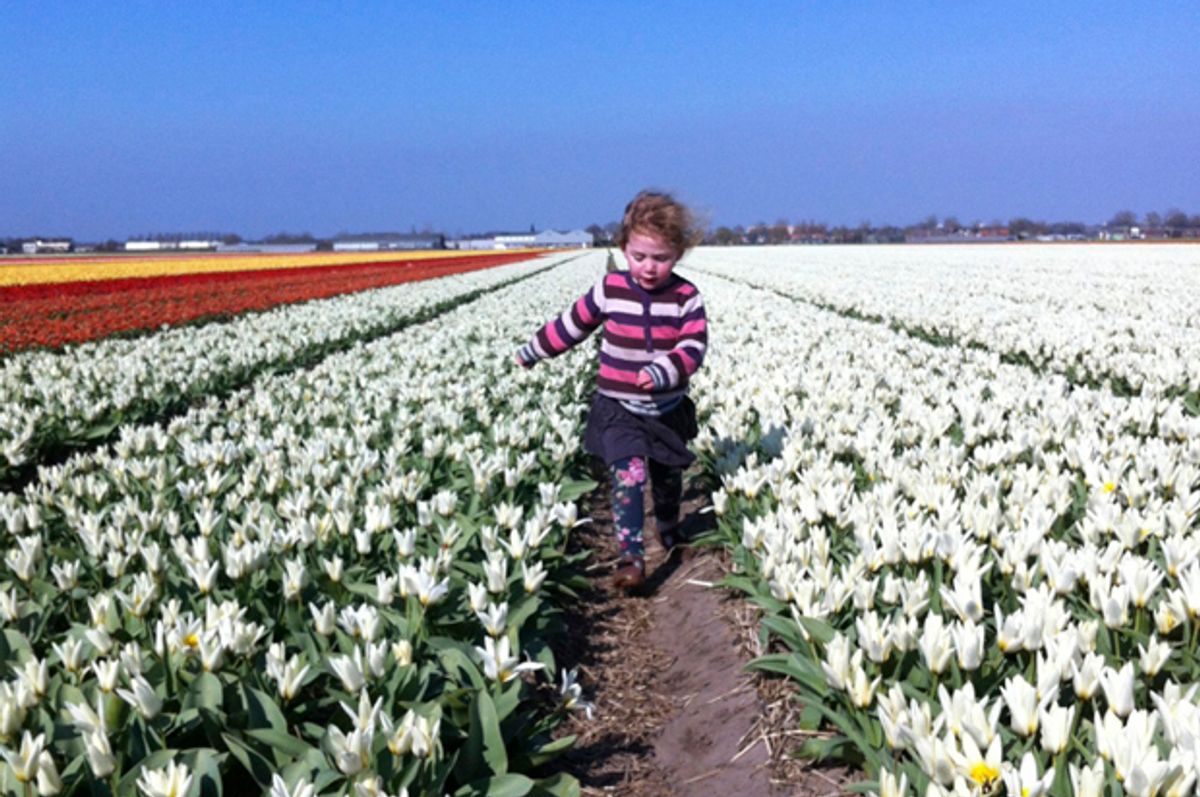 Fields of joy in the Dutch springtime'. (Mihal Greener)
--

For many global nomads, the expat bubble means never having to encounter a utility bill or suffer the ignominy of traveling economy class on a long-haul visit home. Yet contrary to what many perceive, the bubble can be about so much more than gin and tonics and exotic holidays (although they are a pretty good start). And it isn’t an enclave reserved for those traveling on an employer-funded all-inclusive package. For those who arrive in a foreign-speaking culture where daily life is markedly different from home, the expat bubble becomes a cocoon that doesn’t discriminate if you work for a multinational oil company or a nonprofit.

Life within the expat bubble is about being able to launch into a conversation in English, without having to speak slowly or avoid slang. It’s a place where you can share tips for where to find the comfort foods that you’ve been craving from home and receive a sympathetic ear when missing out on a family milestone. It’s how you’ll get all the information you need about the best schools and doctors and where you’ll rely on new friends as if they’re family.

Many expats arrive determined to escape the confines of the expat bubble as soon as possible. For some this isn’t easily possible, especially in so-called hardship locations. It’s a challenge to wander around Nairobi where armed guards will accompany you out on the streets, or in Sakhalin, Russia, where expats find themselves in an almost literal bubble, living within a secure compound on the island, their community, shops and schools all within the compound walls. Other expats find themselves in countries where the lure of learning a foreign language and authentically experiencing a different culture is part of the appeal. Some succeed; others return to the expat bubble discouraged and vowing to not venture out again.

While life in the bubble is well cushioned, it requires a certain armor when stepping outside the front door. A year after we arrived in the Netherlands, my Dutch was still at the stage of grappling with the café menu, while my daughters had quickly learned the basics. They had picked it up so well, in fact, that a parent at our Dutch school had to inform me that my daughter had just called a classmate stupid — right under my nose. Driven by necessity, I armed myself with enough Dutch that my children no longer considered it their secret language. But if the conversation picked up pace or moved outside my narrow scope, I was lost — stuck on a train not understanding the important-sounding announcement or looking confused when a cyclist yelled out across traffic.

In face-to-face conversations the multilingual Dutch make it easy and spare English-speaking expats many of the daily challenges imposed by language barriers.  The Dutch are so well versed in dealing with foreigners that just a momentary look of confusion across my face was enough to switch them over into fluent English. I was reminded  how fortunate I was when I met other new arrivals who were learning English — in order to get around — before tackling Dutch.

When I made my expat debut, the bubble sounded like something that needed to be discarded, a wall that insulates one from the exotic experience promised by a move overseas. I soon came to appreciate that not being able to understand the simultaneous conversations around me was one of the most liberating parts of living overseas.

Being unable to follow what people are chatting about or skim newspaper headlines may sound challenging, but the bubble means being able to exist within your own universe, unburdened by the lives around you. For those happy to spend hours lost in their own thoughts, the bubble is a place of calm, an escape from the sensory bombardment that we’ve become accustomed to. For extroverts, the bubble can be frustrating and will offer resistance when you try to reach out. But for introverts, the bubble means being able to seek out the space and quiet needed to replenish in crowded cafes or while meandering through city streets.

The bubble also meant that I was shielded from chunks of daily life — those where I understood the crime statistics on the news or the latest political uproars. There was a blissful ignorance that came with being able to believe that life was as peaceful as suggested by the palaces and genteel cyclists in business attire who punctuated my daily commute.

When I returned back home to my native Australia where the norms of daily life are implicitly understood, everything was supposed to be easier. But no one warned me about the bombardment of noise that would hit me when my expat bubble was pierced.

My senses were saturated. The familiar hum of life in the Netherlands had now been exchanged to one turned up to full blast, with multiple English tracks being played over one another. I had become so immune to snippets of conversation taking place around me, that walking down the street suddenly became mentally exhausting. In my bubble, I thought I was missing out on the day’s news and political debates. It turns out that most of my noise feed — at least here — is people discussing their lunch or house renovations.

The bubble isn’t real life, regardless of whether you pay your own bills and rent. As pack creatures, we’re not designed to walk around lost in our own thoughts, separated from the community around us. It can be isolating and it’s a different reality. But it’s also a nice place to seek shelter for a while.