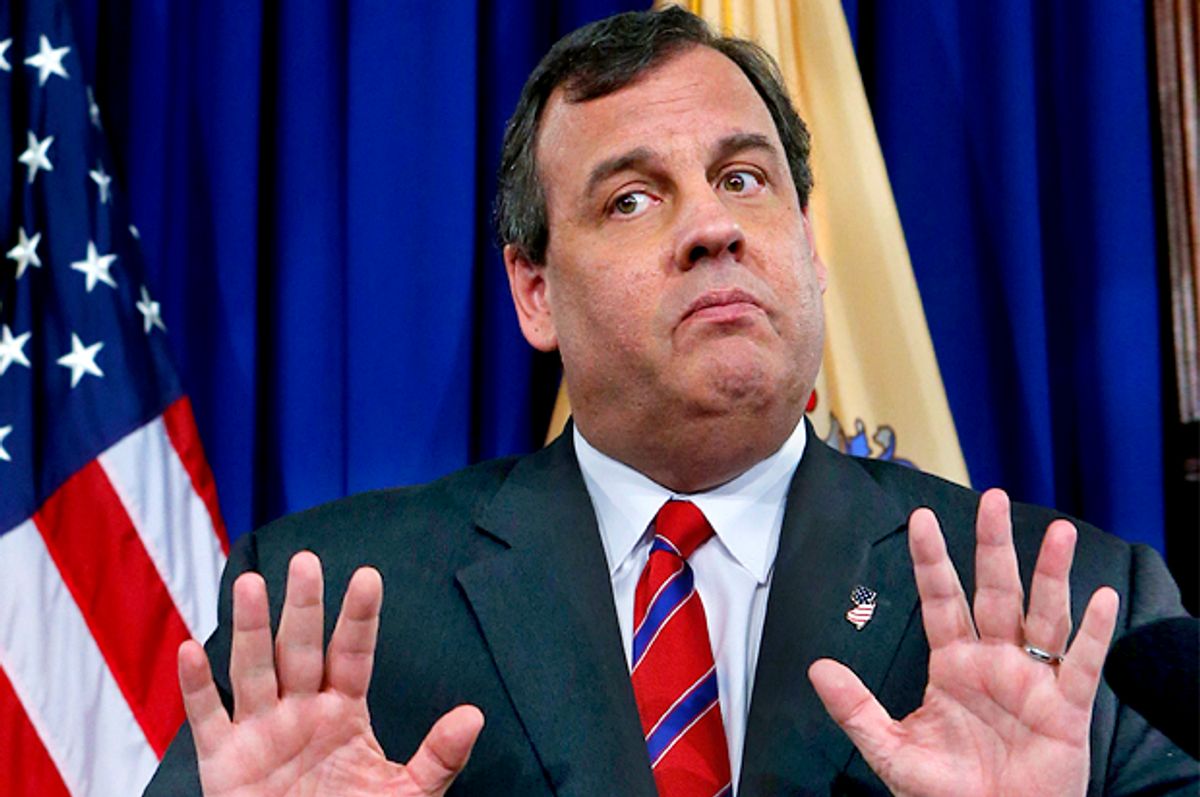 In the Bridgegate federal criminal trial, set to get underway this week, the most egregious breach of the public trust never made it into the charging document. How could the Port Authority police, entrusted with protecting the George Washington Bridge, a top terrorist target, be enlisted on the anniversary of 9/11 in 2013, to execute the lane closures that prosecutors allege were part of a criminal conspiracy?

So far, the Bridgegate story has been told through the tit-for-tat prism of partisan politics. The media has myopically focused on what Gov. Chris Christie knew, and when he knew it, about the plot to punish the Democratic mayor of Fort Lee with four days of lane closures on the George Washington Bridge from Sept. 9 to 13.

But the more disturbing public policy concern, left unaddressed, is just how vulnerable the Port Authority was to having one of its most critical assets commandeered by people that prosecutors allege had criminal intent and who managed to gain control over the operations of the George Washington Bridge. As it turns out, its weakest link was its own police department. The alleged partisan revenge plot that the Department of Justice has said crossed the line into criminality, was executed by the Port Authority Police Department that served as the boots on the ground and moved the traffic cones that closed the lanes.

As a consequence of the actions taken by the Port Authority Police Department, allegedly at the behest of the political operatives who have been charged, public safety was put at risk because the lane closures actually impeded the ability of local first responders to do their jobs for those four days in September of 2013, including the actual anniversary of 9/11, a time of supposed heightened counterterrorism vigilance.

Somehow perhaps because the last names of the defendants in the case are not Arabic but names like Kelly, Baroni, and Wildstein, this case is seen as a dirty-tricks caper that went too far. Yet, it was also a breach of the region’s collective security that involved the compromising of a police department to serve a partisan political agenda.

By enlisting the Port Authority police, the conspirators left us more vulnerable to a less-than-optimum response in the event of a terrorist attack on the George Washington Bridge over those four days. According to the indictment of Bill Baroni, the former deputy executive director of the Port Authority, Bridget Anne Kelly, a former top Christie staffer, and David Wildstein, another former Port Authority official, were alleged to have involved “unwitting Port Authority employees” in their plot.

Yet, senior police officers were aware of the plan to alter traffic before it happened, and when rank and file officers raised concerns about the problems it was causing at the time, they were told to keep it to themselves. In September 2014 the Bergen Record reported that during the lane closures in 2013, when Port Authority police officers used their radios to communicate that the altered traffic pattern was creating “hazardous conditions” on local Fort Lee roads, their Port Authority supervisors told them to “shut up.”

In the midst of the lane closures, which crippled his city and ruined the first day of school for Fort Lee’s school children, Mayor Mark Sokolich appealed via email for Baroni’s help.

“Adding insult to injury, many members of the public have indicated to me that the Port Authority officers are advising commuters in response to their complaints that this recent traffic debacle is the result of a decision that I, as the Mayor made,” Sokolich wrote to Baroni.

In the first day of the closures, a Port Authority community relations official warned Wildstein that the lane closures were affecting the ability of local police to handle a missing child case and for EMS to handle a cardiac-arrest response. In a text on Day 2, which was Sept. 10, Kelly expressed regret for the impact of the schoolchildren caught in the traffic jam, and Wildstein responded cynically, “They are the children of Buono voters.” That would be former state senator Barbara Buono, Christie’s 2013 opponent.

Members of the Port Authority Police Department even surfaced in what prosecutors allege was the subsequent criminal conspiracy to cover up the initial lane-closure plot. In November 2013, Baroni testified before the state legislature that the concept of the traffic study was first raised by Paul Nunziato, Port Authority Police Benevolent Association president Paul Nunziato. In 2014 The New York Times reported that Nunziatio and Wildstein had met regularly from 2012, leading up to when Nunziato delivered the endorsement from his 1,500-member union for Christie’s re-election. (Under Christie’s tutelage the ranks of the Port  Authority police grew from 1,500 to 2,000 by March 2014.)

When Nunziato took questions from reporters after a December 2014 Port Authority commissioners' meeting, he reaffirmed that he had originated the George Washington Bridge-Fort Lee traffic study. A month earlier the Port Authority Police Benevolent Association president said in a statement that speculation that politics were behind the George Washington Bridge lane closures was like speculating on the possible location of Jimmy Hoffa’s body.

Nunziato’s lawyer Charles J. Sciarra told The New York Times his client had nothing to do with the closures. “My client was trying to be supportive of people who were supportive of his union; he never intended to mislead.”

In 2012, long before Bridgegate, The New York Times reported that the Port Authority had become sufficiently concerned about its police department’s ability to police itself that it removed the jurisdiction for internal affairs issues from the department and reassigned it to the two-state agency’s independent inspector general. The Times reported that the move came after the agency had found that the internal affairs division had failed to follow up on serious allegations of cheating on promotional exams.

In the Bridgegate court papers filed in May 2015, when U.S. Attorney Paul Fishman announced that Wildstein was going to plead guilty for his role in the alleged conspiracy, the government referred in its pleadings to unnamed and unindicted co-conspirators. The list of the unindicted co-conspirators was subsequently disclosed to defense counsel in the case but has remained off-limits to the media and the public.

Several media organizations went to court to have the names released, saying that it was in the public’s interest to know who else was involved with the Bridgegate affair. In May Judge Susan Wigenton, the federal judge presiding over the case, ruled the list should be publicly released.

Fishman appealed that ruling, as did an individual whose name was on the list but is only known as John Doe. The lawyer for Doe claimed the client, one of the unindicted co-conspirators, would suffer irredeemable reputation damage if the list were released.

Earlier this month the U.S. Court of Appeals for the Third Circuit in Philadelphia sided with Fishman and John Doe and ordered that the list remain sealed. Bruce Rosen, the lawyer representing the news media, said his clients had 45 days to appeal but didn’t think they would opt to do so.

“The court, with all due respect, focused on privacy concerns and in the process emasculated a decision they had previously made 30 years ago that would have given the public access to this list,” Rosen told Salon.

Those names may or may not surface in the upcoming trial.

For years taxpayers and motorists have funneled hundreds of millions of dollars into the Port Authority’s police department and security systems. The time is long overdue for a congressional investigation into how it came to be that the operations of the George Washington Bridge were compromised for four days in 2013, with the help of the very police department entrusted to protect it.