Chris Christie on Trump's birtherism: "It's just not true that he kept it up for five years" 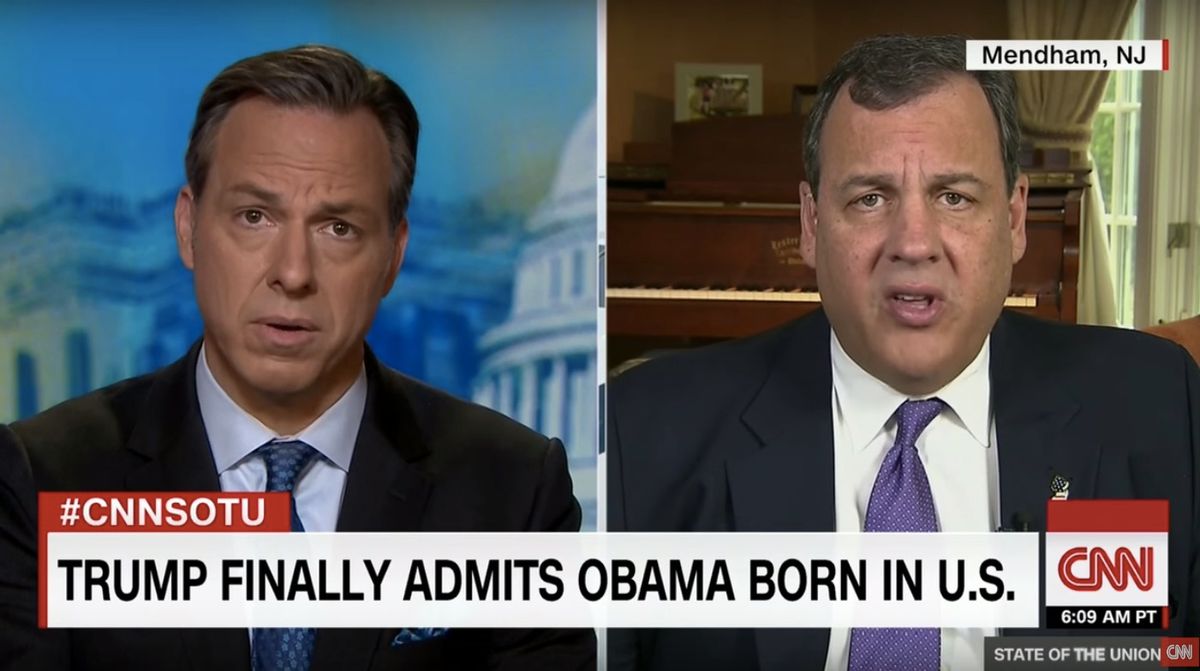 “President Obama was born in the United States. Period,” Birther-in-Chief turned Republican presidential nominee Donald Trump finally admitted on Friday, without offering an explanation as to why it took him five years to give up his racist conspiracy theory.

Over the weekend, the Trump campaign was busy attempting to rewrite the history of the so-called birther movement. Following Trump's lead, many prominent surrogates peddled the false claim that Trump merely ended a legitimate issue first raised by rival Hillary Clinton.

“Donald Trump and I have both acknowledged that without hesitation,” Trump running mate Mike Pence falsely claimed when ABC News' Martha Raddatz asked him if it was indeed an irrefutable fact that Barack Obama was born in the United States of America.

"Just as a point of fact," Tapper pushed back, "Donald Trump did not accept when Barack Obama released his birth certificate in 2011. He kept up this whole birther thing until Friday. That's five years."

Of course, Trump fired off at least 37 conspiratorial tweets about Obama's birthplace after President Obama released his birth certificate in 2011.

"Sure he did," Tapper stated.

"It's just not true," the New Jersey governor insisted.

"It is true," Tapper said incredulously.

"No, Jake," Christie continued. "It wasn't like he was talking about it on a regular basis until then. And when the issue was raised, he made very clear the other day what [his] position is."

Watch the remarkable revisionism below, via CNN: