His vehicles may crash and his rockets might explode, but the Telsa CEO's plans for SpaceX just keep getting bolder 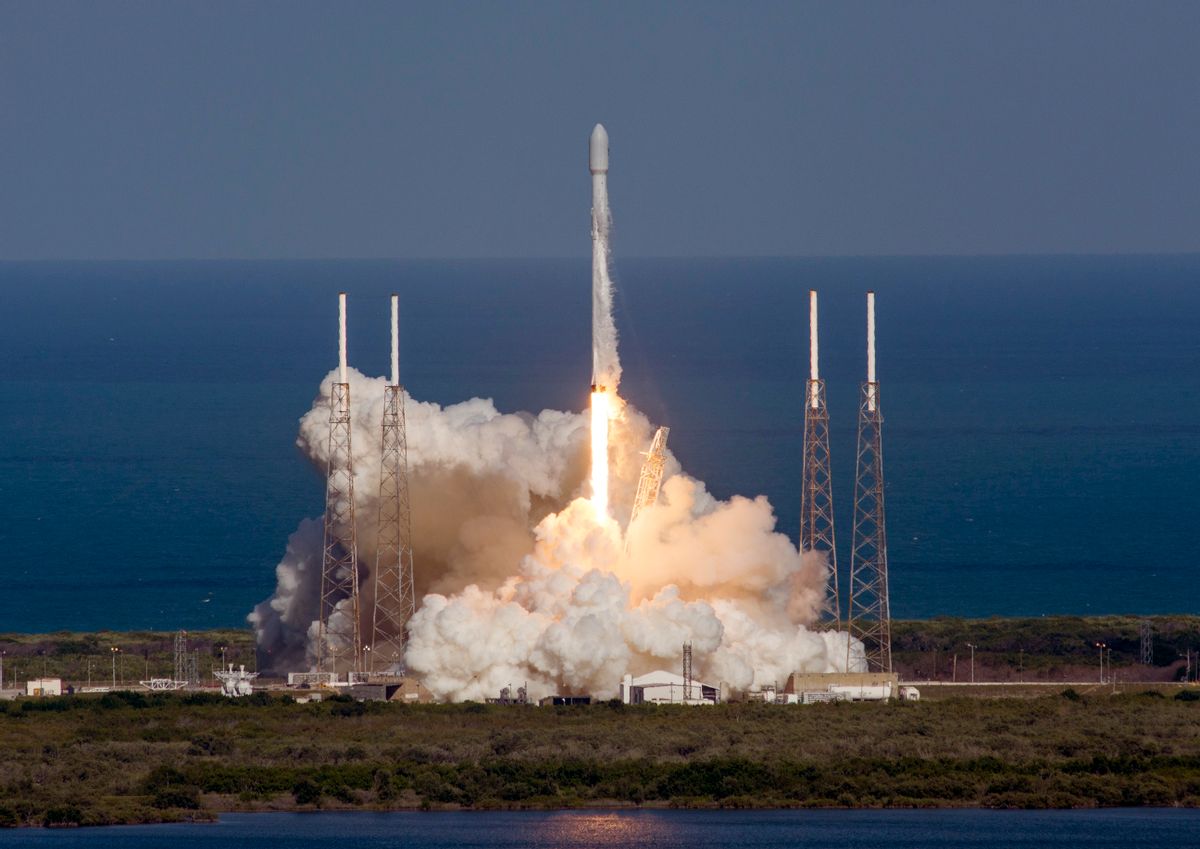 In this image released by SpaceX, an unmanned Falcon rocket lifts off from from Cape Canaveral Air Force Station, Friday, May 27, 2016, in Cape Canaveral, Fla. The first stage of the unmanned Falcon rocket settled onto a barge 400 miles off the Florida coast, eight minutes after liftoff, It's the third successful booster landing at sea for the California-based SpaceX. This one came after the rocket launched an Asian communications satellite. (SpaceX via AP) (AP)
--

Telsa CEO and SpaceX founder Elon Musk is nothing if not ambitious, that goes without saying — what surprises even his biggest boosters, however, is how he's spent the better part of 2016 becoming noticeably more so.

In April, he announced plans to arrive on and colonize Mars by 2018, six years ahead of schedule. on Monday, Musk — despite the spectacular and still inexplicable June 28th prelaunch explosion of the Falcon 9 rocket — the Tesla co-founder declared that he would press on, not merely colonizing Mars but traveling "well beyond" the Red Planet.

Many believed the Falcon 9 explosion would slow Musk's roll, but on Monday he claimed that with the improvements spurred on by Falcon 9, it turns out the [Mars Colonial Transporter (MCT)] can go well beyond Mars, so will need a new name":

Watch footage of the real explosion of the Falcon 9 rocket, courtesy of The Daily Mail: