The politics of terrorism: Don't just assume acts of violence will help Donald Trump in the polls

Based on nothing, The Washington Post sees good news for Trump in the "chaos" of the Chelsea bombing 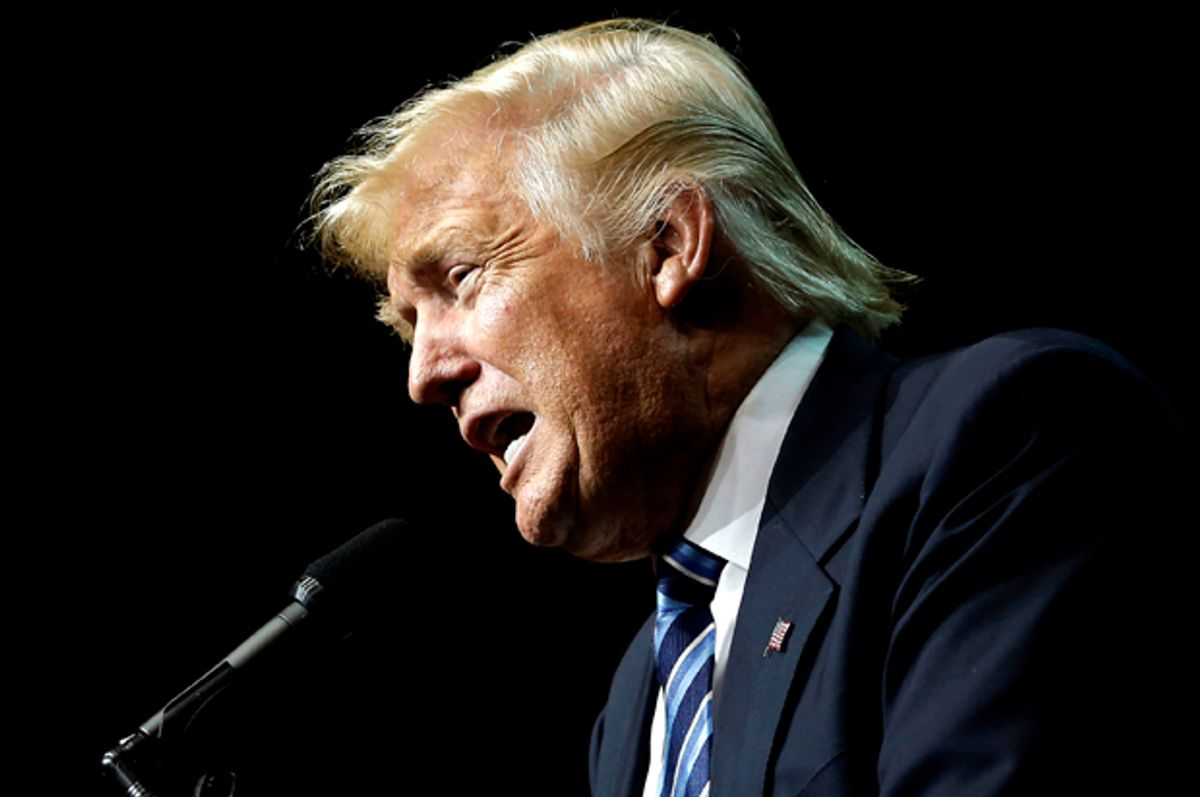 On Saturday night a homemade bomb exploded in Manhattan’s Chelsea neighborhood, causing nonserious injuries to a couple dozen people; one person was seriously injured. Earlier that day a similar bomb exploded in New Jersey, causing no injuries. Another New Jersey bomb was detonated by law enforcement robots. Within a couple of days, law enforcement officials had tracked down and apprehended the person thought to be responsible for planting the explosive devices: Ahmad Khan Rahami, a naturalized U.S. citizen.

With all this happening in such close proximity to the presidential election, the obvious question that arises is what political impact it will have. The Washington Post’s Chris Cillizza has argued that the “chaos” we’re allegedly seeing in the aftermath of the bombs and a knife attack in Minnesota gives the advantage to Republican presidential candidate Donald Trump:

When Jeb Bush famously described Trump as the "chaos candidate" in late 2015, the former Florida governor meant it as a pejorative. But the truth is that chaos, uncertainty and anxiety will work in Trump's favor over the final 50 days of the presidential [campaign].

It’s worth pointing out first that the “chaos” Cillizza has described seems to be a creation of cable news; all those injured except but one person were not seriously harmed by the incidents, the authorities clamped down on the suspect with incredible speed, and New Yorkers are apparently taking the whole thing in stride.

But Trump very much wants to foster this idea of “chaos.” He wants people to believe that either no one is in charge or that the people in charge are tragically incompetent. And the Trumpian antidote to this is “strength,” which takes the form of a Muslim ban, a refugee ban, a border wall and racial profiling. Responding to the Chelsea bombing, Trump promised to be “extremely tough,” to “knock the hell out of” the Islamic State and to clamp down on refugees. He accused law enforcement officials of refusing to move on suspected terrorists out of fear of being attacked for profiling, and he congratulated himself for calling the Chelsea explosion a “bomb” before the authorities had made that determination.

Cillizza argued that this will redound to Trump’s favor because of some vague sense he has that Americans will respond positively to Trump’s strongman nonsense:

Most people — Democrats and Republicans — share Trump's alienation from politics and politicians. They are convinced, as Trump is, that politics is broken, and none of the people in office right now have any idea how to fix it. Given that, when they turn on the news and are presented with the chaos we have seen over the past three days, the Trump message — "We have to make a change. No choice." — hits home in a way that it wouldn't if most people feel safe and secure.

Here’s the problem with this analysis: We’ve already seen this precise reaction to terrorism backfire on Trump. After the Orlando nightclub shooting in June, Trump behaved similarly to what we’ve seen today: He congratulated himself for being prescient, he reiterated his call for banning Muslims, he endorsed profiling and he wrapped all of it in nonspecific promises to be “tough.”

A broad swath of polling has showed that Americans hated Trump’s response and disagreed with his proposals to address terrorism. A CBS survey found that a full 51 percent of respondents disapproved of Trump’s reaction, while only 25 percent approved. Polling from ABC News and the Washington Post has showed that Democratic presidential nominee Hillary Clinton’s advantage over Trump on terrorism issues jumped in the aftermath of the Jun attack on the gay nightclub in Orlando. She outperformed Trump on questions of temperament, competence, voter confidence and terrorism policy. As the poll analysis demonstrated at the time, voter anxiety over terrorism was high, with 86 percent of respondents voicing concern over “further lone-wolf attacks.” Even still the public sided with Clinton over Trump.

To that point, Cillizza wrote at the time that Trump’s “triumphant and aggressive” response to Orlando betrayed the biggest weakness of his candidacy: a lack of empathy. The polling data seemed to bear that analysis out. But now that we’re just a few short weeks away from Election Day, we’re being told that Trump’s triumphant aggressiveness will resonate with Americans. I don’t see why there’s any more reason to believe that now than there was in the aftermath of a much more serious violent episode three months ago.