Report: Trump likely violated the law when he used charity money to pay off fines for his for-profit operations 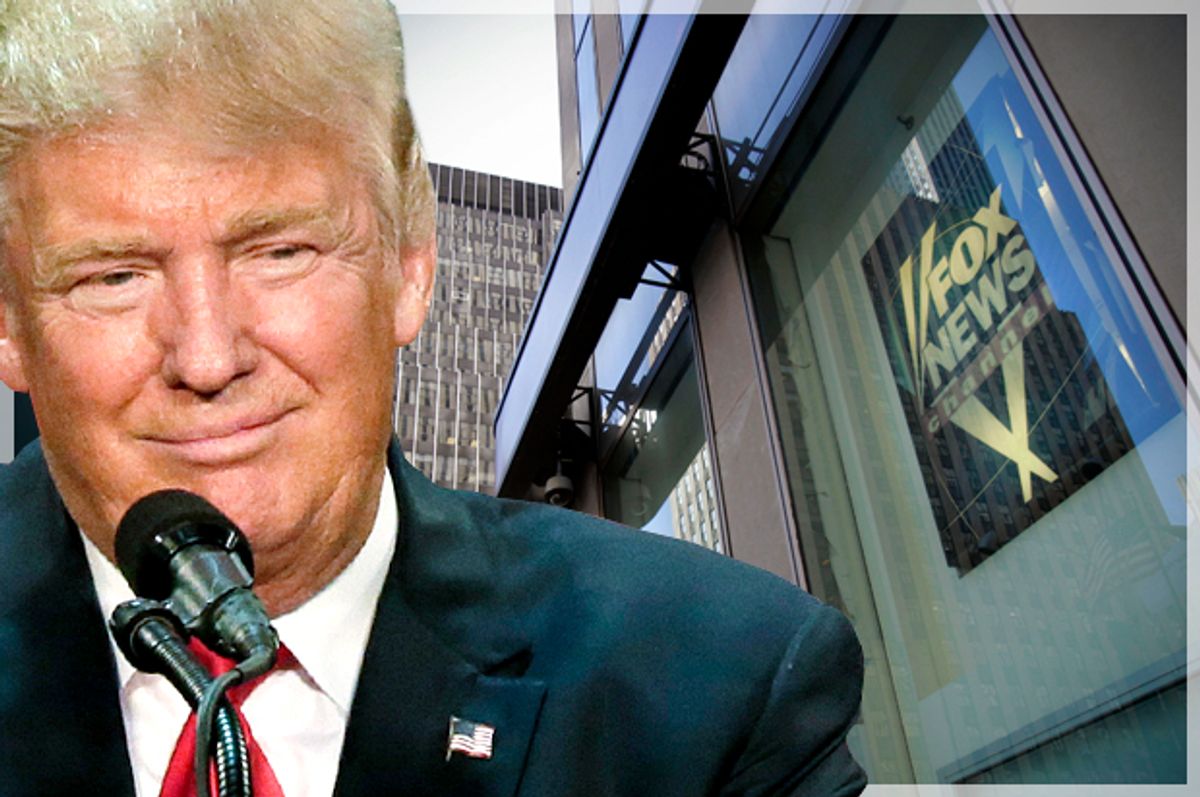 The Washington Post's David Farenthold is out with another blockbuster report on the Donald J. Trump Foundation, alleging misuse of charitable donations in order to personally benefit the Republican presidential nominee.

According to the latest Post report, while the nearly 20-year-old charity has not received a donation from the man it is named after since 2008, the Trump Foundation has spent more than a quarter-million dollars "to settle lawsuits that involved the billionaire’s for-profit businesses."

Farenthold, who has tracked Trump's claims on charitable giving since he pulled out of a Fox News debate during the GOP primary, saying that he would rather donate $1 million to a veterans group than be grilled by Megyn Kelly again, found that "Trump may have violated laws against 'self-dealing'":

If the Internal Revenue Service were to find that Trump violated self-dealing rules, the agency could require him to pay penalty taxes or to reimburse the foundation for all the money it spent on his behalf.

The Post reported on two different lawsuits, and two other legal disputes, in which Trump used $258,000 of his charitable foundation’s funds to pay the settlements or fines.

In a 2007 lawsuit filed by the city of Palm Beach, Florida, Trump agreed to make a $100,000 contribution to veterans’ organization in lieu of paying $120,000 in fines over the size of a flagpole on his Mar-a-Lago resort, according to the newspaper:

The case involving the flagpole at Trump’s oceanfront Mar-a-Lago Club began in 2006, when the club put up a giant American flag on the 80-foot pole. Town rules said flagpoles should be 42 feet high at most. Trump’s contention, according to news reports, was: “You don’t need a permit to put up the American flag.”

Trump’s club sued in federal court, saying that a smaller flag “would fail to appropriately express the magnitude of Donald J. Trump’s . . . patriotism.”

In a settlement, Palm Beach agreed to waive those fines — if Trump’s club made a $100,000 donation to a specific charity for veterans. Instead, Trump sent a check from the Donald J. Trump Foundation, a charity funded almost entirely by other people’s money, according to tax records. In the other instance, a Trump golf course was sued by a golfer over a prize for a hole-in-one shot. The golf course signed off on a settlement requiring it to pay $158,000 to a charity of the plaintiff’s choice, the Post reported, but the donation came from the Trump foundation instead.

Trump also used the money to buy yet another $20,0000 portrait of himself and to buy advertisements for his hotels.

In all, the Post has now found Trump spent $30,000 of charity's money on portraits of himself. And according state and federal records, the Trump Foundation’s biggest single donation — $100,000 — in 2014 went to the Citizens United Foundation, the conservative group which won a U.S. Supreme Court ruling allowing greater funding in political campaigns by big-money donors and special interests.

“I represent 700 nonprofits a year, and I’ve never encountered anything so brazen,” Jeffrey Tenenbaum, who advises charities at the Venable law firm in Washington, told the Post. “If he’s using other people’s money — run through his foundation — to satisfy his personal obligations, then that’s about as blatant an example of self-dealing [as] I’ve seen in a while.”