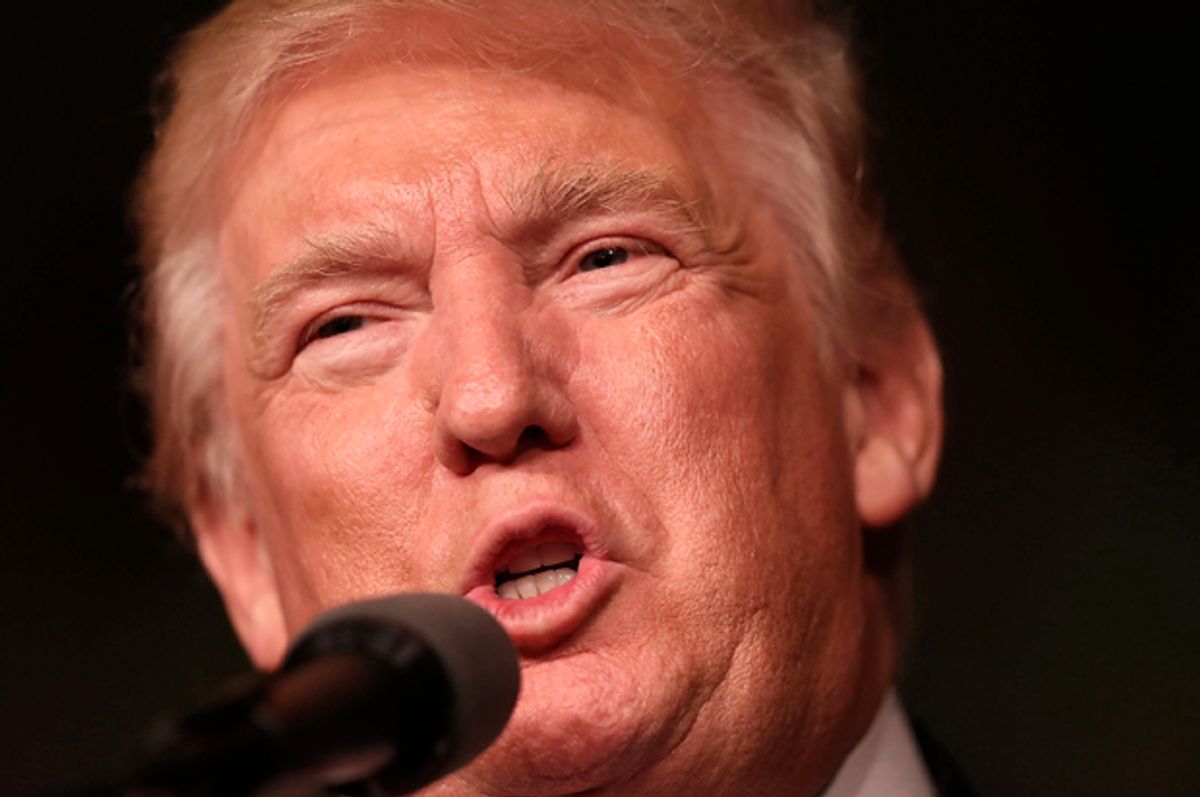 Somebody finally noticed that Donald Trump is planning to keep his far-flung private business in the family while he's president — an arrangement that goes far beyond an appearance of impropriety to an outright conflict of interest that could create serious problems for American national security.

Over the weekend, a group of former government officials of both parties released an open letter urging Trump to disclose information about his overseas business dealings. Considering that this man is refusing to even disclose his tax returns, this seems like a long shot. But it's important that the issue remains alive because it could not be more important.

The signers of the letter represent all quarters of the national security and foreign-policy establishment, from Michael Morell, the former acting CIA director under President Barack Obama, to Michael Chertoff, former secretary of homeland security under president George W. Bush. They were responding to last week's Newsweek investigation by Kurt Eichenwald into the Trump Organization's foreign ties. (I wrote about the article here.) The letter states:

Donald Trump still has not revealed to the American public his international business relationships, even as it becomes increasingly clear that his overseas ties could well constitute significant conflicts of interest when it comes to charting U.S. foreign policy. This is unprecedented for a candidate for the nation’s highest office. As such, we are calling on Mr. Trump to disclose, in full, the nature of his business relationships overseas — to include specifically who his business partners are and what and where are his foreign investments.

They demand that he divest himself of all overseas business interests if he should win the presidency.

So far, Trump has simply said that he plans to "follow all the laws" and turn his multimillion-dollar private business over to his children to run. When questioned, he has not seemed to understand why anyone would question the propriety of such an arrangement, even as he has excoriated Democratic presidential nominee Hillary Clinton for her ties to the family's global charity which has not personally profited her in any way. (The difference between the transparency of the Clinton Foundation and Trump's privately held business could not be more stark.) Trump seems to believe it's adequate to assure the public that he simply won't care about the business while he's president.

Oddly, Jason Miller of the Trump campaign responded to the letter with a sideswipe against one of the signers, Wendy Sherman, an experienced diplomat and negotiator, for her role in the Iran deal:

If Wendy Sherman is the definition of who is considered a reliable government official, this letter and its signatories lose all credibility. Sherman was appointed to the State Department by Hillary Clinton during her disastrous tenure and was the lead negotiator in opening up Iran — the world’s leading state sponsor of terrorism — for business, ultimately funding terrorist activities and exporting violence around the world. Based on her complete failure in representing American foreign policy and deep ties to Secretary Clinton, this letter epitomizes the rigged system in Washington that has continued to fail Americans over and over again.

The letter was signed by Republicans who have worked as high-level members of the intelligence establishment as well. Perhaps they're not expected to believe the Trump campaign was calling them unreliable government officials.

Frankly, the signers of that letter are missing the point. It's true that we do not know the extent of Trump's holdings. He has released nothing more than a list of 500 affiliated entities in his Federal Elections Commission report, which was the only information that Eichenwald had to go on when he launched his investigation. He followed the trail of several of those entities to such far-flung places as South Korea, India, Turkey, Libya, the United Arab Emirates, Russia and Azerbaijan, and detailed a byzantine network of business and government alliances. Eichenwald said there are also "deep connections in China, Brazil, Bulgaria, Argentina, Canada, France, Germany and other countries."

The problem is that this is simply not fixable. Here's how Eichenwald describes the nature of Trump's business, which deals with foreign financiers, developers, government officials, tax havens and shady oligarchs:

The GOP nominee is essentially a licensor who leverages his celebrity into streams of cash from partners from all over the world. The business model for Trump’s company started to change around 2007, after he became the star of NBC’s "The Apprentice," which boosted his national and international fame. Rather than constructing Trump’s own hotels, office towers and other buildings, much of his business involved striking deals with overseas developers who pay his company for the right to slap his name on their buildings. (The last building constructed by Trump with his name on it is the Trump-SoHo hotel and condominium project, completed in 2007.)

The foreign business, you see, is the Trump name. He cannot "divest." It's not something you can sell. And no one could buy it. You likewise cannot put it in a blind trust: It's his name on buildings and developments all over the world. He cannot literally wear blinders as president of the United States.

Even if he were to tell his kids to find another line of work and simply walk away from the Trump Organization, shutting the doors and leaving it all behind, there are hundreds of deals already in place and contractual ramifications years into the future, all of which would present crippling conflicts of interest for a President Trump. Trump's business interests would have had to be unwound years ago for him to be able to function properly as president. It's literally impossible to do it now.

In case you were wondering, Trump has no legal obligation to do anything. Presidents are exempt from conflict-of-interest statutes. It was decided that it would be too complicated to write such a law for an office with such expansive powers. Instead we have depended upon norms that govern the behavior of our leaders, ensuring that they are seen as acting solely on behalf of the people while they hold the office.

Trump has exploded every norm in politics so far. If he wins this election, there's every likelihood that he'll simply tell everyone that he's not making any important decisions for the Trump Organization and that will be that. We will have a real-life oligarch in the White House, who will likely leave a whole lot richer than when he came in, while the people will be a whole lot poorer. That's been his business model from the beginning.