Never say #NeverTrump: The reunifying Republican Party is doing all it can to avoid a reckoning

Trumpism and the GOP are now inextricably linked, and the #NeverTrump movement has nowhere to go 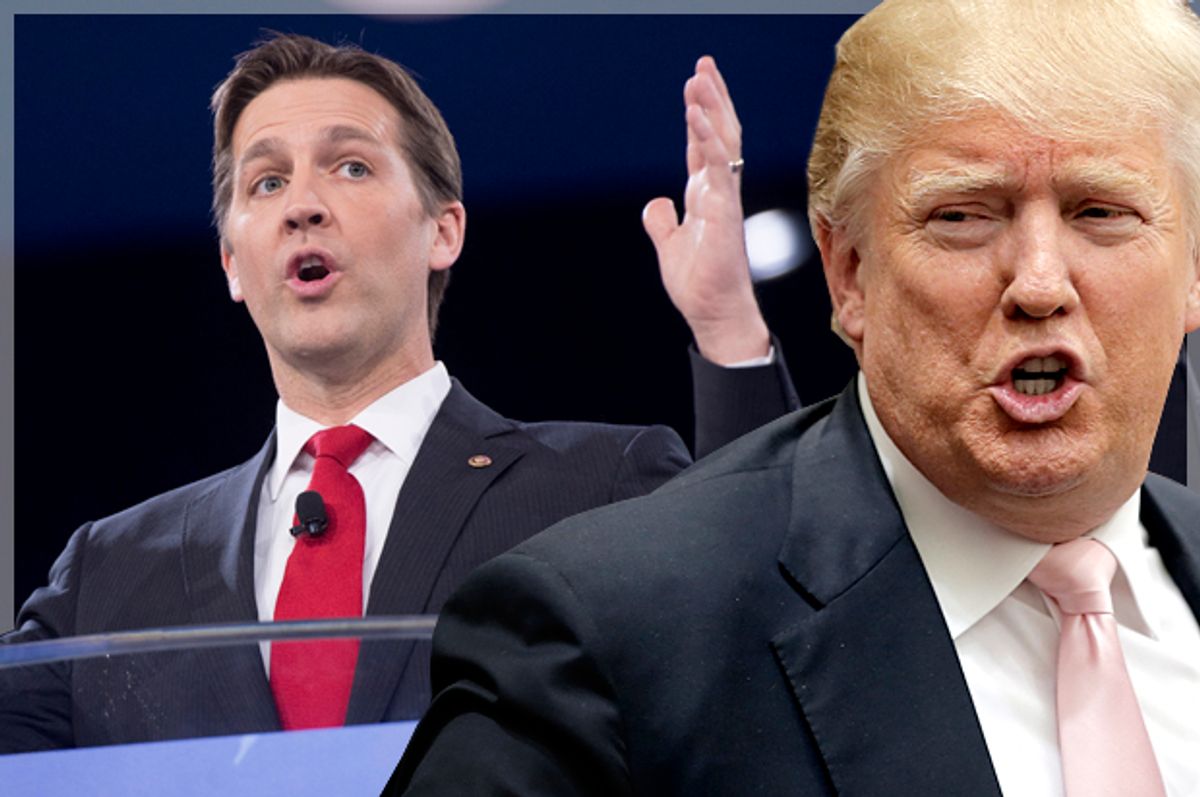 Back in the halcyon days of the presidential primaries, there was speculation among pundits and political scientists that we might be witnessing the end of the Republican Party as we know it. That the split in the GOP between a nativist base and intellectual conservatives that Donald Trump’s candidacy had brought out into the open might shift the nation’s political geography, resulting in a realignment matching that of the post-civil rights era, when Northeastern liberals and African-Americans fled to the Democrats while the Southern Dixiecrats joined the Republicans.

The evidence was endless. There was the #NeverTrump movement, made up of rising Republican stars like Sen. Ben Sasse of Nebraska and old GOP establishment figures like George Will and Bill Kristol, the latter of whom spent months desperately searching for an independent conservative to mount a third-party campaign. There was the deafening silence from the party’s living former presidents, George H.W. and George W. Bush, and other famous elders. There was the at-best-lukewarm support of Trump from party leaders in Congress. There was the fact that Trump spent much of August lagging in the polls while watchers wondered if the GOP’s traditional voters would come home to support the nominee or stay away.

What would the effect of this chaos be on the future GOP? The nation’s political science graduate students stood waiting, thesis proposals already forming in their heads.

Now as we count down the last seven weeks to the election, we can cautiously predict what will happen to the Republican Party if, as still seems likely, Donald Trump loses on Nov. 8.

After the election, whether Trump remains a figure of any import in the party, the GOP will continue its existence as an uneasy collaboration of Ayn Randian economic policy proponents and white ethno-nationalists terrified of losing what’s left of their diminished influence on the social order. The only difference is that the latter group might feel more empowered to flex its muscles.

You could see this happening over the weekend, when Republican leaders let Trump’s outrageous revisionism of his birther history pass with almost zero comment. If anything, the party institutionalized birtherism by allowing Trump surrogates to take to the airwaves and push the lie that the candidate had stopped talking about President Barack Obama’s birth certificate after 2011 and that Democratic presidential nominee Hillary Clinton had begun the spread of the birther falsehood during her failed 2008 primary campaign. There was zero pushback from party leaders, with the exception of some mild criticism from Sen. Lindsey Graham.

Meanwhile, GOP chairman Reince Priebus was going to bat for Trump by promising that any party figure who might want to run for the presidency in the future would not be allowed to do so unless he or she endorses Trump now, an idea that the candidate himself has floated. The only even semi-prominent party member who publicly pushed back on this notion was Gov. John Kasich, who was soundly rejected by voters in the primaries and is unlikely to find himself with more power four years from now.

Trumpism and the GOP are now inextricably linked. It will be difficult, if not impossible, for a delinking.

Part of the problem for the #NeverTrump conservatives is that they have nowhere else to go. In the post-civil rights era, socially liberal Republicans could talk themselves into joining a more socially liberal Democratic Party that was trying to take up the mantle of equality while not embracing a radically leftist economic policy. At the other end of the spectrum, segregationist Democrats were happy to go to a party that promised to maintain the old social order the country had known for 200 years.

Now, though, the socially liberal Republican does not exist. The conservatives of the #NeverTrump movement are still going to be committed to lower taxes, ending abortion, dropping government spending on everything except national defense, and shredding the social safety net, to name just a few.

For example, are any Republicans so disgusted by Trump that they would leave the Republican Party at a time when its majority in the House of Representatives is hoping for a GOP president to sign into law Paul Ryan’s massive tax cuts for the wealthiest in society? Not when the Democratic nominee is floating a large tax increase on the top 1 percent, they’re not.

A realignment that sees Republicans fleeing to the opposition party is especially unlikely when that party is headed by Hillary Clinton, their sworn enemy of two and a half decades. That she is heading a party moving to the left of where it was when her husband was president makes it even less appealing for disgruntled GOPers.

There has been some talk in liberal circles of making the Republican Party pay a price for its embrace of white ethno-nationalism this election. But gerrymandering of House and state districts mean the GOP will maintain legislative majorities and possibly will hold onto the Senate as well. Like with a fractious baseball team, winning tends to smooth over the cracks.

So after the election, the #NeverTrump faction of the party will make an uneasy peace with the white ethno-nationalists who support the presidential candidate. And any chance for the party to reckon with itself will likely be lost for at least a generation.