"Sometimes you have to obey a higher law," said the director in an interview about his new thriller "Snowden" 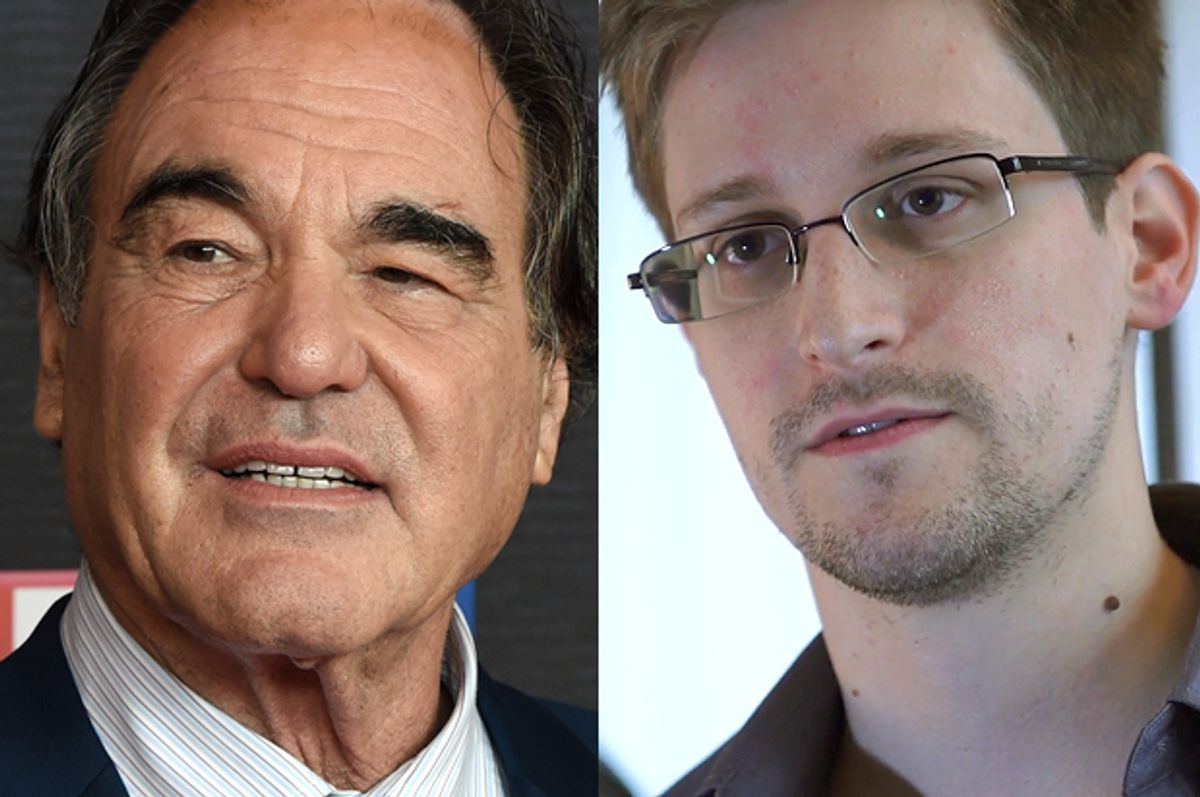 "I know you're not going to believe this, but I see myself as a storyteller," said Oliver Stone. The director of "JFK," "Platoon" and the new political thriller "Snowden" added that he tries to tell stories that others ignore. "There are too many things that are taboo in the American public," he lamented.

While being interviewed by journalist Amy Goodman, Stone described the difficult process of producing the film, which was released last week to much acclaim. He also applauded whistleblowers for exposing government lies and providing the public with the truth.

"We never made this an activist film," Stone said, explaining that “Snowden” was not meant to be part of a larger campaign to win a presidential pardon for Snowden, who has been living in Russia as a stateless refugee for the last several years. A new coalition of rights groups, led by the American Civil Liberties Union, is pressuring President Barack Obama to pardon Snowden before he leaves office. The heads of Amnesty International and Human Rights Watch published an op-ed in The New York Times last week defending the whistleblower's many contributions to the American public.

Stone has insisted the timing is coincidental but a pleasant surprise. The film “could help" Snowden, Stone said. "It could explain to the American people what he is like and why he did it."

"Snowden" was originally scheduled for release in May but was delayed, Stone said. Its release has also coincided with a hunger strike by whistleblower Chelsea Manning to protest what she called the government’s “high-tech bullying.” Formerly known as Bradley Manning, she is serving 35 years in prison for giving WikiLeaks some government records that exposed United States military atrocities in Iraq and Afghanistan. Manning, who is transgender, ended her strike after a few days when the Army agreed to provide her with gender-transition treatment.

"This is a classic story — the injustice that crushes the honest person,” Stone said of Manning's case. “This is a recurring theme. People accept that [as a] movie. They go see it as a movie. In real life, it's a little bit thornier.”

The filmmaker applauded Snowden and Manning, along with WikiLeaks founder Julian Assange, who has been stuck at the Ecuadorian embassy in London for more than four years. In February, a United Nations working group determined that Assange is being arbitrarily and unjustly detained and should be freed and given compensation.

"We need leakers because there are so many lies in our government,” Stone said. “It doesn't end; it just doesn't end. I think these people are very courageous and I think they should be supported. There are conditions in which you have to obey a higher law that is more important than the law that you are breaking,” he stressed.

Later he added that leakers like Manning and Snowden are "not just whistleblowers; they're lie exposers."

Stone also revealed that Snowden had initially had little interest in having a Hollywood film made about him.

"At first he was wary of it, but I think he realized over time that they're going to make another shitty TV movie with him as the bad guy," Stone joked. "So he probably said, 'I have a better chance with this guy Oliver Stone because I saw a piece of [Stone's TV series] "An Untold History of the United States."' So he was more open to it."

Despite Snowden’s increasing popularity and compelling story, Stone said his team had a difficult time getting the movie produced. "Every studio turned us down. This was a rough ride," he said. "And it hurts."

Added Stone: "Studio heads would love it. Some of them called and said, 'We have an appetite for this movie'"

Stone continued, "We heard that, and when push came to shove, [it was] 'We'll get back to you; we'll talk Monday.' Monday comes — nothing, no phone call,” Stone recalled.

Stone added,  “Because they went upstairs — all these companies are owned by super-companies, like Comcast owns Universal, and of course Comcast has mergers going on; it doesn't want to be re-examined by the Department of Justice — all these conditions kick in."

The money involved in making a Hollywood movie is "so big," Stone said, that it's almost "too big to fail. We can't rock the boat. Anything controversial, no,” he added. “The easiest word in the English language is no. Lawyers love it; corporation heads love it."

When he finally managed to secure financing for "Snowden," Stone said he had to be secretive with the script. He and his team printed out pages physically as much as possible. When sending the script electronically, they would only send it in parts and encrypt it.

"Snowden" is another addition to Stone’s decidedly political oeuvre. A Vietnam veteran who was politicized through his war experience in Southeast Asia, Stone has directed an array of subversive films, including “Born on the Fourth of July,” “Platoon,” "Wall Street," "Salvador" and more.

One of the more surprising aspects about Edward Snowden's life, Stone said, is his conservative background. "Snowden" depicts the young Snowden, long before he became one of the most prominent dissidents in U.S. history, as a pro-war, right-wing nationalist who had hoped to join the U.S. Army Special Forces but instead went into intelligence work.

At the Manhattan event hosted by the tech company ThoughtWorks, Stone showed a clip from the film in which Snowden (as played by Gordon-Levitt) expresses frustration at a protest against the Iraq War, which he initially supported.

Eventually Snowden became outraged at what he saw as Orwellian behavior by the U.S. government. Making enormous sacrifices, he decided to expose the NSA's massive surveillance programs by leaking large amounts of secret data to Guardian reporter Glenn Greenwald and others.

"To be an Ellsberg and a Snowden, you've got to do it with a life sentence on your head," Stone said. "You've got to understand you may not survive this. You're doing it because it's a matter of principle, and you're going to live on your feet and not die on your knees."

Since Snowden's revelations, the Obama administration has ramped up a war on whistleblowers. It has used the Espionage Act, a controversial law dating from World War I, to pursue leakers and whistleblowers more vigorously than all previous presidential administrations combined.

Goodman, for her part, raised concerns about the growing threats to press freedoms in the U.S.

"As journalists, we have to support and call for a serious protection of the freedom of the press. We have to stand up for those who are banned, beaten, arrested, prevented from doing a story," she said.

Goodman herself had a warrant for her arrest issued this month, after she reported on private security forces’ use of attack dogs and pepper spray to intimidate people protesting the Dakota Access oil pipeline.

Added Goodman: "It's what Edward Snowden believed deeply. He actually doesn't have a prescription for what should be done in the United States. That wasn't his message or his motivation. He said it's up to the people in this country. It's up to the people of a democracy to make up their own minds. But it's meaningless without accurate information."