In memory of the great director, who died yesterday in Los Angeles at 71, here's a look at his best movies 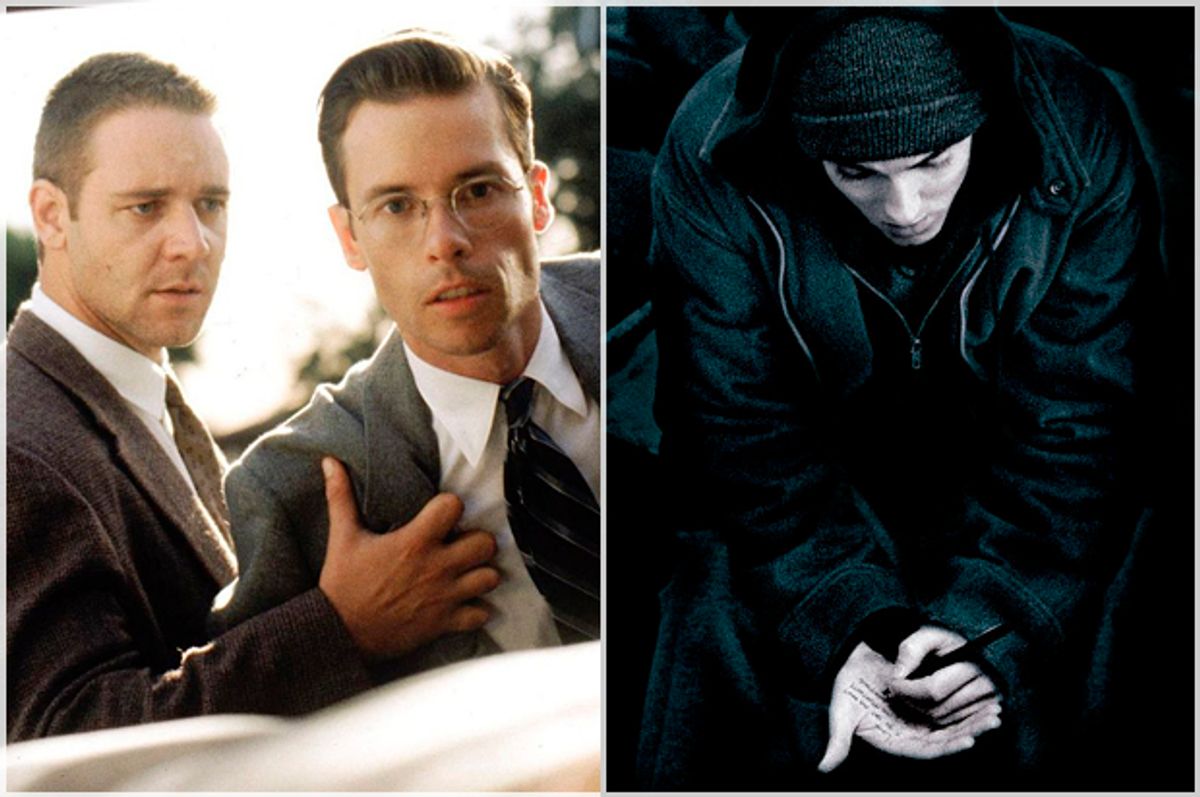 If you’re a cinephile visiting Los Angeles, you’ll have a crowded itinerary, but make time for an evening at the New Beverly Cinema. In previous lives, the theater was a candy factory and vaudeville house, but now the theater, owned by Quentin Tarantino, is a mecca for fans of celluloid and camp that pairs silver screen gems every evening.

When I visited the New Beverly, I caught a Curtis Hanson double feature. New Bev patrons will confirm that it can be easy to bow out after the first flick, but that wasn’t the case with Hanson’s work. The audience was titillated, laughing, gasping, groaning, shouting, shielding their eyes, cringing, grinning — totally enthralled.

Hanson, who directed 17 features and wrote eight, died yesterday at age 71 in his Los Angeles home. The film industry is mourning; obituaries are appearing. And movie buffs, myself included, are queuing up a weekend’s viewing. To dive into Hanson’s filmography is to realize how thoroughly and quietly the director made an impression on American cinema. His oeuvre is varied, ambitious and relatively unbranded.

Honor the director with one of these 10 films.

One of the most unlikely pairings of 80s cinema has to be found in this 1987 neo-noir. Steve Guttenberg and Isabelle Huppert are lovers (yes, Isabelle Huppert’s character cheats on her husband with Steve Guttenberg) who witness an attack on a young woman (Elizabeth McGovern). Hanson’s films often are colored with shades of Hitchcock, and this suspenseful mystery certainly has “Rear Window” in its makeup. Nail-biting and, thanks to some incredible bedroom eyes from Mr. Guttenberg, zany.

Eminem won the Academy Award for Best Original Song with “Lose Yourself,” the unofficial theme of this 2002 biopic, and fans of Curtis Hanson and Marshall Mathers know it's impossible to hear that song without picturing the movie’s dank, grimy atmospherics. Whether it’s Eminem penning lyrics on the bus or Eminem and Brittany Murphy engaging in one of the hottest make-out sessions of the Aughts, the number of iconic scenes in this film — a rap movie with the heart of “Rocky”— is staggering.

"I prefer stories about people who are, in a sense, trying to find better versions of themselves," Hanson once said. In this 1990 thriller, James Spader plays a meek executive who initially believes a sociopathic stranger (Rob Lowe) is just the key to unlocking that better version of himself. Teeming with Los Angeles scenery (the La Brea Tar Pits are a crucial backdrop), this film is both terrifying and, according to Roger Ebert, a “sombre, introspective study” of one dangerous relationship.

Released in 2000, Hanson’s adaptation of Michael Chabon’s novel was a box-office failure, despite a star-packed cast: Michael Douglas, Frances McDormand, Tobey Maguire, Rip Torn and Robert Downey, Jr. share the screen in this darkly funny drama about the sagas faced by an aging creative writing professor and those closest to him. Fans of university-set movies, take note: Roger Ebert called this “the most accurate movie about campus life that I can remember.”

5. “The Hand That Rocks the Cradle”

In 1992, the Chicago Tribune ran a headline that read “Nanny-from-hell Thriller 'Cradle' Surpasses 'Hook.' ” Indeed. Though it has its predictable moments, Hanson’s film, starring Rebecca De Mornay as a psychopathic nanny and featuring Julianne Moore in a terrific supporting role, dislodged the "Peter Pan" adaptation from its place as box-office champ. (Fun fact, according to IMDb: “Rebecca De Mornay had actually been angling for the part of Tinkerbell in Hook.”) Filmed on location in Washington, “The Hand That Rocks the Cradle” is terrifying for its combination of bad nannies and home-invasion narratives.

Though the story may be predictable, this film contains terrific performances and stunning scenery that will allow you to look past any narrative clunkiness. Shot in Oregon, Massachusetts and Montana, Hanson’s 1994 adventure flick follows a family whose whitewater rafting trip goes awry. Kevin Bacon and John C. Reilly play unsuspecting characters who, in pure Hanson form, are unnervingly duplicitous.

An outlier in Hanson’s filmography, his 2005 adaptation of Jennifer Weiner’s novel is a gem, a story that captures the complications of interpersonal relationships between women. Roger Ebert praised this film,  Starring Shirley MacLaine, Cameron Diaz and Toni Collette, noting, “like a good poem, it blindsides us with the turn it takes right at the end.”

Is there documentation about the soft spot so many viewers have for '80s Tom Cruise? In this 1983 teen-sex comedy, Hanson directs the “Risky Business” star in a campy tale of four teenagers trying to losing their virginity in California and Tijuana, Mexico. “Losin’ It” may have gotten negative reviews, but it’s an interesting artifact in the vein of “Porky’s” and other young-adult sex romps from the past.

If you’re looking for a not-especially-great film that’s kid-friendly, look no further than “The Little Dragons,” a story about two kids who use their karate skills to rescue a kidnapped girl. Rated PG for some language that, in certain versions of this feature, is cut out, the movie’s score by Ken Lauber should be rated R: It sounds totally raunchy.

Selected for preservation by the National Film Registry, Hanson’s 1997 neo-noir is universally considered a contemporary classic. And yes, it’s that terrific, one of those films that is loaded, scene after scene, with sumptuous imagery.

Even though it was in direct competition with James Cameron’s megablockbuster “Titanic,” the film garnered two Academy Awards (Kim Basinger won Best Supporting Actress; Hanson and Brian Helgeland won for Best Adapted Screenplay) and swept the major critics' awards: The Los Angeles Film Critics Association, the National Board of Review, the National Society of Film Critics and the New York Film Critics Circle all named this the year’s best film.