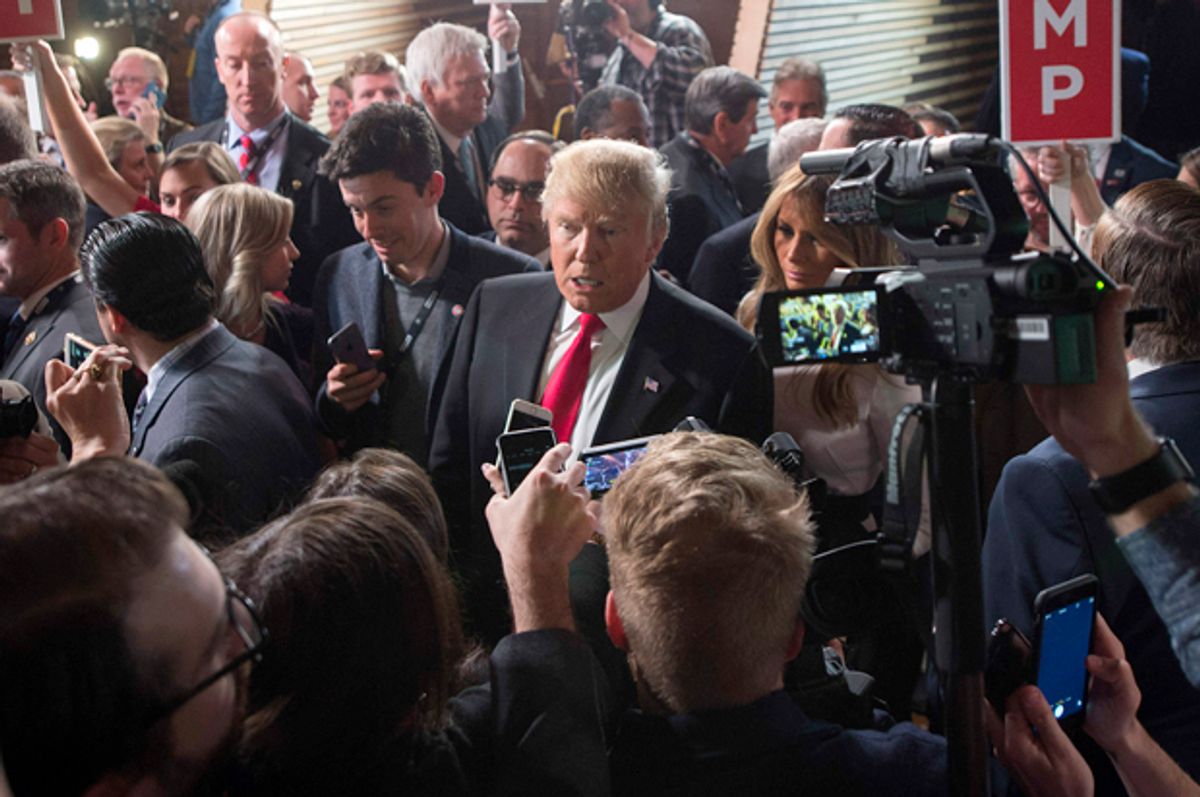 At his rally in Toledo, Ohio, on Wednesday, Donald Trump reiterated his appeal to minority voters, offering only vague policy banalities to "fix those inner cities and ... make them really terrific."

"More than 3,000 people have been shot in Chicago since January of this year," the Republican presidential nominee said. "To the African-American community, I say, Vote for Donald J. Trump. I will fix it .... I'll bring back your jobs. I'll fix your schools. I'll fight for you like nobody's ever fought for you before."

"Hillary Clinton," he added as a contrast, "only fights to protect the corrupt political establishment."

In Toledo, Trump made no mention of the police shooting of Terence Crutcher in Tulsa, Oklahoma, last week. Asked during his stop in Cleveland to respond to the shooting, Trump said he was "very troubled" and wondered if the officer who shot Crutcher was "choking" or "got scared."

Between the two live campaign stops in Cleveland and Toledo, Trump taped a town hall interview with Fox News chum Sean Hannity. Though set to air Wednesday night on Hannity's TV show, reports are beginning to trickle in of the interview's contents.

Asked how he'd decrease crime in inner-cities, Trump reportedly endorsed so-called stop-and-frisk policies, saying, "I think you have to":

Trump surrogate and former New York mayor Rudy Giuliani, along with former New York police commissioner Bill Bratton, began administering such "broken windows" policing techniques in the 1990s. Although the stop-and-frisk policy has clearly proven to be discriminatory against African-Americans and Latinos, many conservatives still argue it contributed to a major decline in urban crime since that decade.