Why are cops OK with killing black people? Because American history teaches that we aren't fully human 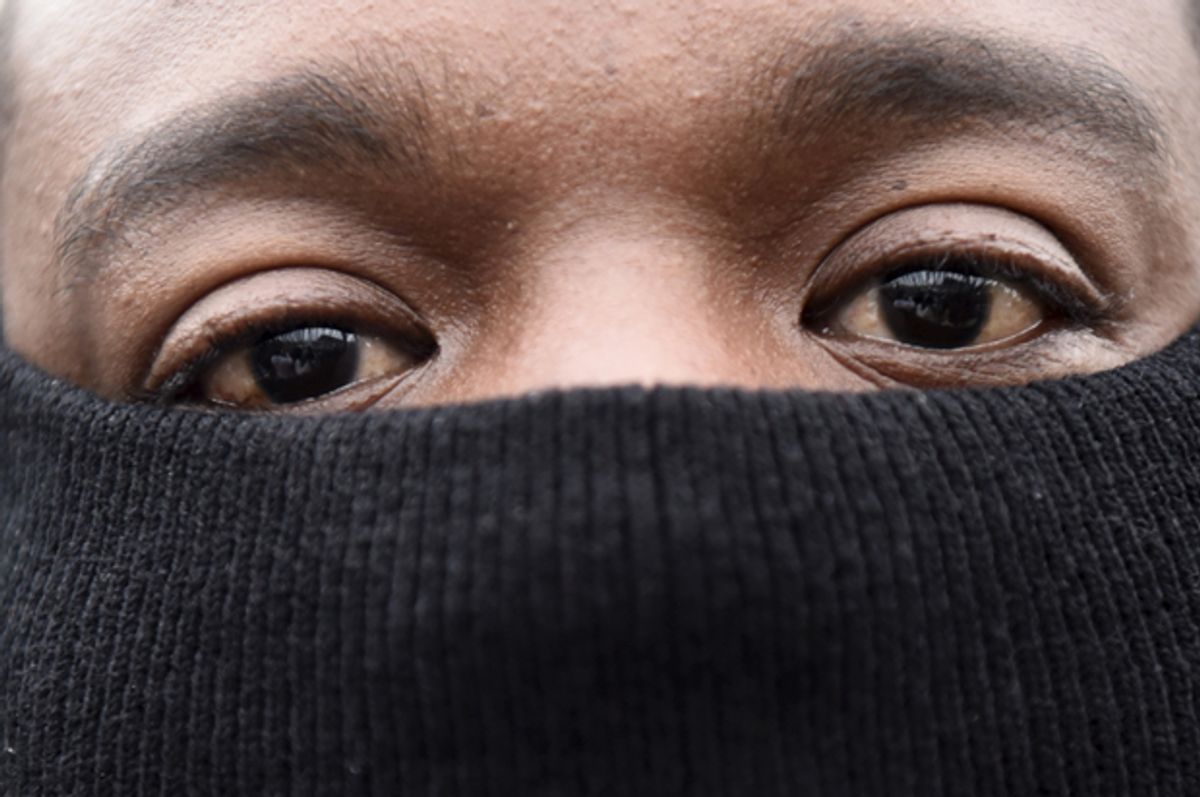 Last April Terrill Thomas, a 38-year-old inmate in the Milwaukee County Jail suffering from severe mental illness, died of “profound dehydration.” He spent his last days pleading — begging — for something to drink, after the water in his cell was shut off. Corrections officers in the jail had no problem torturing him, watching him die slowly and painfully because they did not see him as human. This week Thomas’ death was ruled to be a homicide.

It was our possession. The ball was in my hands and the score was 15-up. The game went straight to 16 because Black Rod had winners. We were 12 years old and eager to play against Rod’s 16-year-old friends. The game was ours: I just had to toss the ball down to Al in the post because he was stronger than everybody else. He could easily turn his back on a defender and push him under the rack for the easy layup.

The play danced around in my head as I checked the rock­­ — and then a mix of cops, uniformed and plainclothes, invaded the court from all four entrances, making all of us lie down on the ground face first. With guns drawn on us kids, they found joy watching our noses brush concrete as they wasted our time looking for a robbery suspect. Or so they said.

Sweeps like this would continue to happen throughout my childhood. Plenty of white shirts and sneakers got ruined, along with my respect for police officers, from repeatedly being forced to lie on the ground. Those cops didn’t care about our respect because they didn’t see us as humans.

On Tuesday the Tulsa Police Department released a video of police officers killing Terence Crutcher with apparent carelessness and in cold blood. His car stalled. He exited the vehicle for assistance, as most people in a stalled car would do, and lost his life for that. As requested, Crutcher had his hands up and Officer Betty Shelby still shot him.

When was the last time a white person was gunned down for needing vehicular assistance?

He was guilty of being black and didn’t need a trial to prove that. Black skin is a crime and Crutcher’s killer had no problem pulling the trigger because she didn’t see him as human.

Unk-a-Bunk, or Bunk for short, used to scream suras from the Quran at the top of his lungs on the corner of Rutland Avenue. He’d pace up and down the block all day long, having an intense conversation with himself that never ended, unless he unofficially invited us to his pop-up praise sessions. One day police flooded the corner in the middle of one of Bunk's sermons.

“Shut the fuck up! Sit your ass down!” a laughing officer said. I’m guessing Bunk’s praises interrupted his joke. That cop had been through the neighborhood plenty of times; he was a regular. He had to know that Bunk had some sort of mental illness.

“Boy, shut the fuck up!” the cop yelled again. Why Bunk sung to Allah, the officer whaled on his head with his club until he was speechless.

“Call an ambo and get this piece of shit to the hospital,” said the officer, still laughing. Laughing was an easy task for him, even while a bleeding man with a disability, whom he easily could have killed, was stretched out right in front of him — because that cop didn’t see Bunk as human.

Keith Lamont Scott, 43, a disabled man who had a wife and seven children was gunned down by police on Tuesday night in Charlotte, North Carolina. Cops were serving an arrest warrant on another person and magically killed an innocent black man who was reportedly reading a book while waiting for his son. Brentley Vinson, the killer in question, is a black officer but it doesn’t matter. Oppressing black people is part of his job.

Many black cops share the same mentality as racist white cops. As soon as they put on the badge, they develop that perspective embodied by Samuel L. Jackson in “Django Unchained.” ­The dehumanization sets in and black skin becomes illegal. Cops have to trick themselves into believing that black people aren’t human because it’s a proven system and one of the most effective tools in administering oppression. You can’t just rape, kill and enslave people. But if they aren’t people — and if they are incapable of reason, or of grief, as Thomas Jefferson suggested — then you can do as you please.

It seems like there’s a new hashtag, a new video and another innocent black victim being murdered by police officers every day. So much so that global threats feel like an illusion. Talk to a black person in a predominantly black neighborhood about al-Qaida or ISIS or what’s happening in Syria. They’ll look at you with the same twisted face Libertarian candidate Gary Johnson made when asked about Aleppo. We don’t know!

Well, we do know, but it’s too hard for us to focus on the global terrorists when domestic terrorists pin badges to their blue uniforms, call themselves cops and patrol our neighborhoods every day with a license to kill. I don’t know people with hero-cop stories. Who do they model these Bruce Willis characters after?

My cop stories include murder, extortion, harassment, brutality and disrespect on every level, and the bulk of African-Americans feel the same way. We know that police officers don’t adhere to any type of moral code when dealing with black people. Dehumanizing us allows them to function. What can we do?

We march, sing, disrupt and protest for justice in a country that fails to convict cops, even in cases with piles and piles of evidence: Consider Eric Garner of Staten Island, murdered on video by an officer who used an illegal chokehold. He clearly stated that he couldn’t breathe. But to Officer Daniel Pantaleo, the cowardly killer who continues to receive pay increases, Garner, like Thomas, Crutcher and the rest of us, wasn’t human.