Donald Trump is still a birther: He said Obama is a U.S. citizen "to get on with the campaign"

Less than a week after (we thought) he'd definitively declared Obama a U.S. citizen, Trump says he was just kidding 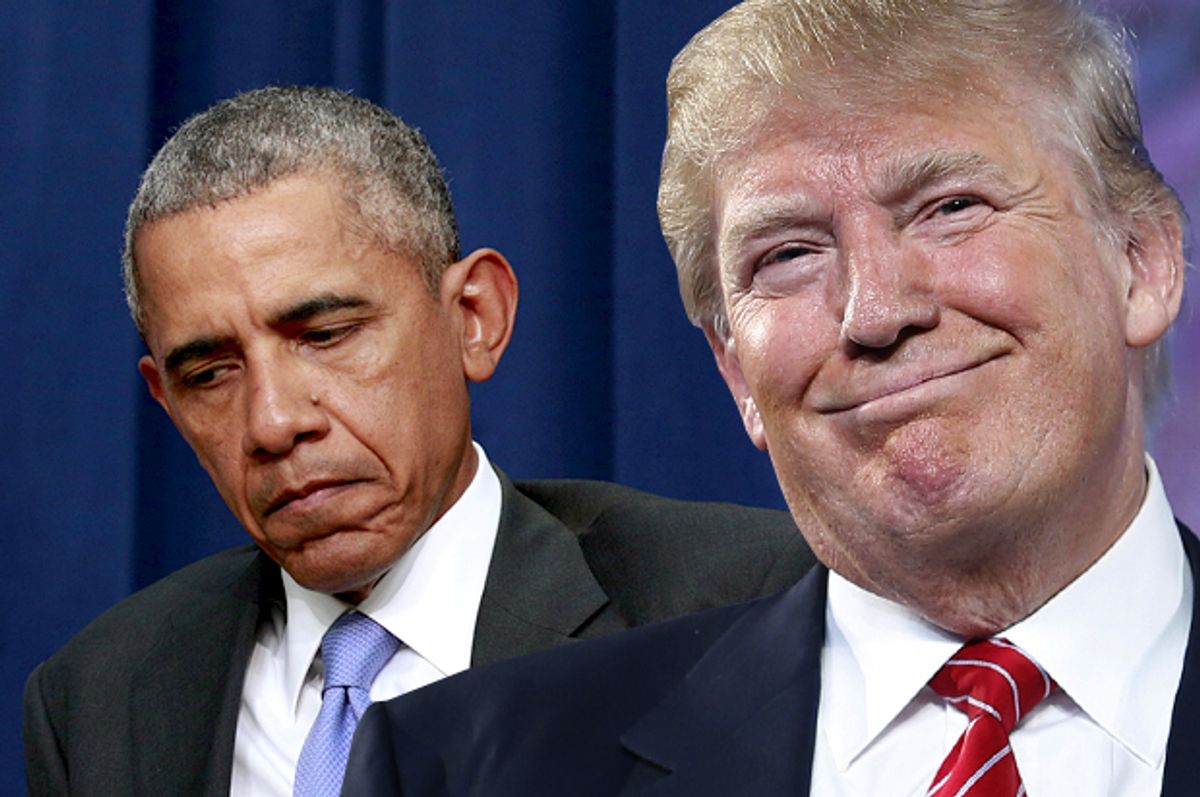 In a hurried interview on Wednesday, Donald Trump admitted he said President Barack Obama was a natural-born U.S. citizen only in order to "get on with the campaign."

Before his rally in Toledo on Wednesday, the Republican presidential nominee — who was over an hour late — answered just three questions from a reporter from Columbus, Ohio-based ABC affiliate, WSYX.

Asked "what changed?" with respect to his position on Obama's citizenship, the longtime birther confessed it wasn't necessarily a change of heart so much as a priorities shift.

For five years, Trump had maintained that Obama was not born in the U.S. — even prompting the president to produce his long-form birth certificate. Then last week Trump declared, "President Barack Obama was born in the United States. Period."