“He will be our brother”: Watch a 6-year-old’s inspiring message to President Obama asking to adopt a Syrian refugee 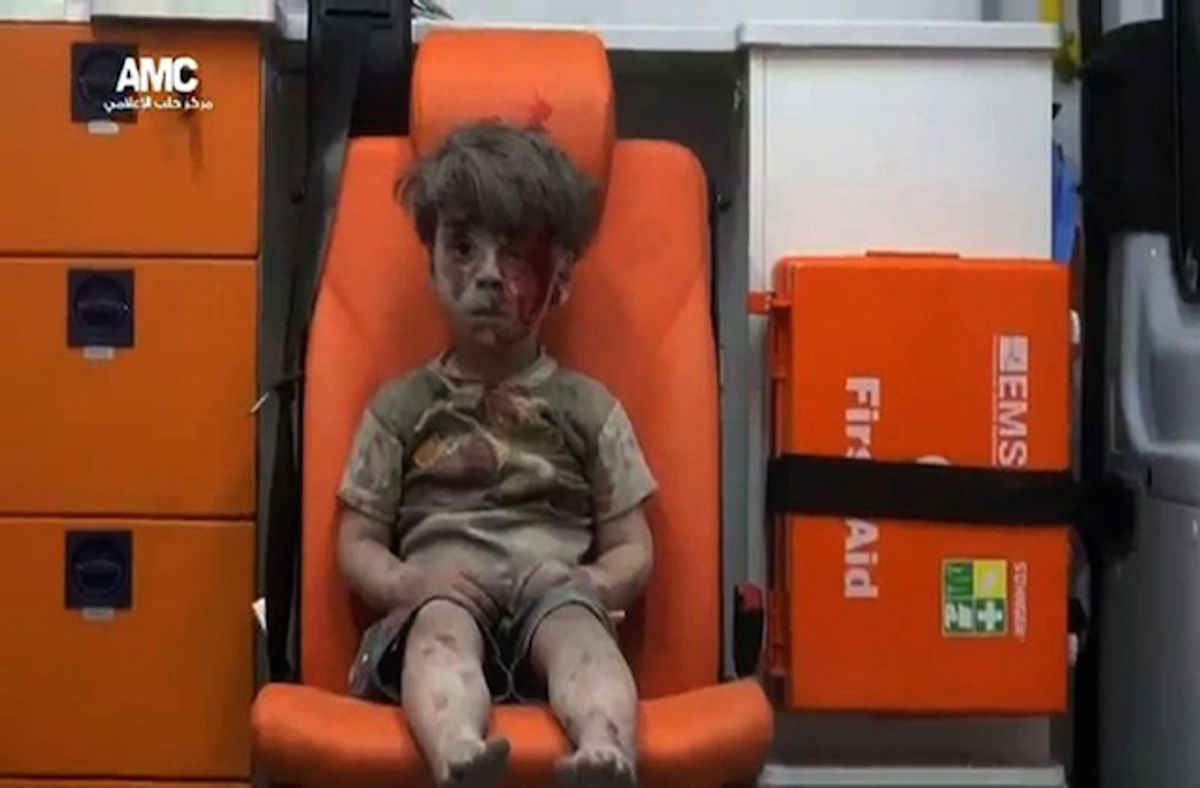 While the adult son of Republican presidential nominee Donald Trump is out comparing refugees from the war-torn nation of Syria to poisonous Skittles, one first-grader is exemplifying the spirit of American hospitality with a heartwarming letter to the White House.

"Dear President Obama, remember the boy who was picked up by the ambulance in Syria?" little Alex from Scarsdale, New York, wrote to start his letter to the president. The image of 5-year-old Omran Daqneesh sitting alone in an ambulance, covered in dust and blood, shocked the world and inspired 6-year-old Alex to take action last month.

A video published by the White House Thursday that shows Alex sitting at his dining table and reading his letter to Obama aloud has been shared over 100,000 times on Facebook and has also been viewed more than 9 million times.

In his handwritten letter to the White House, Alex asked President Obama if his family could adopt Omran.

“We will give him a family,” wrote Alex, offering to take in the Syrian refugee. "Can you please go get him and bring him to our home,” Alex asked. "Park in the driveway or on the street and we will be waiting for you guys with flags, flowers and balloons,” he wrote.

The young American boy said that he and his younger sister, Catherine, will teach Omran English, show him how to do addition and subtraction and share their toys. “He will be our brother," he said. "He can teach us another language.” "Those are the words of a 6-year-old boy. He teaches us a lot," said Obama at the United Nations this week.

"The humanity that a young child can display — who hasn't learned to be cynical or suspicious or fearful of other people because of where they're from or how they look or how they pray and who just understands the notion of treating somebody that is like him with compassion, with kindness — we can all learn from Alex," the president added.