I was a teen when first asked—on TV—if my dwarfism kept me from having a boyfriend. It's still the wrong question 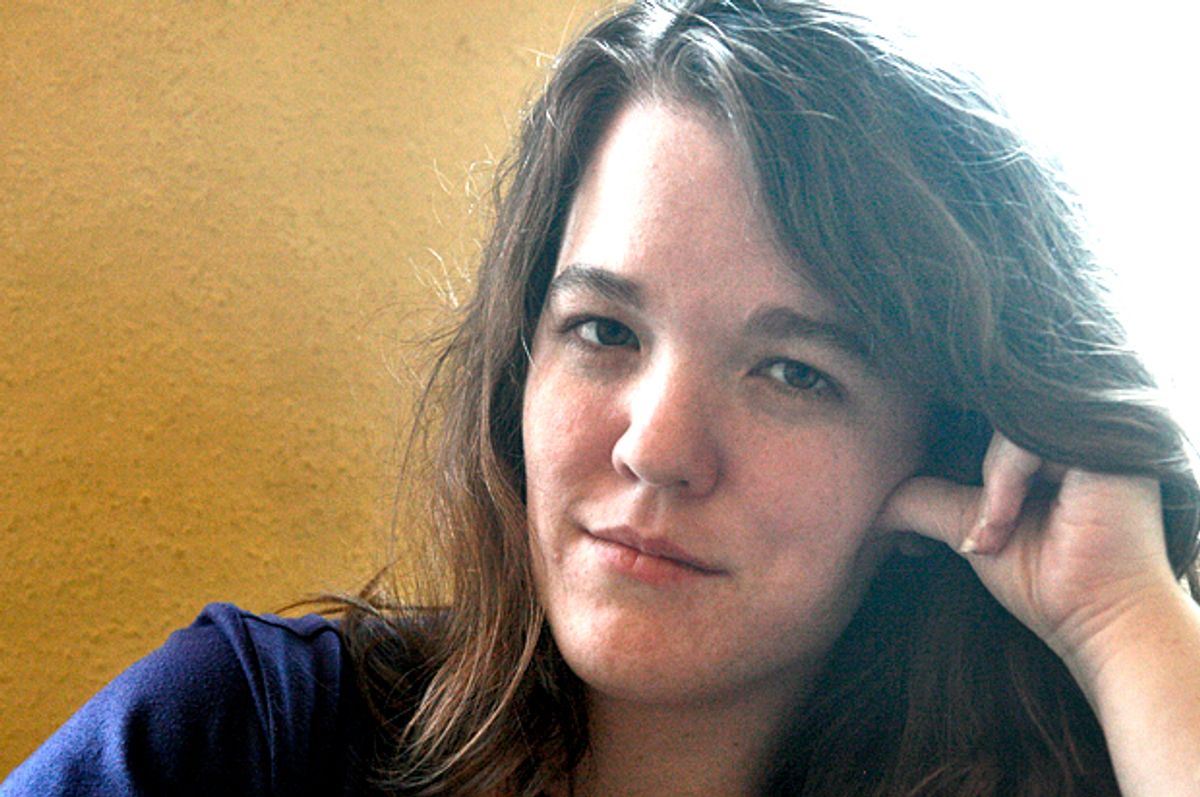 “So do you think the fact that you haven’t had a boyfriend yet is because of your dwarfism?” the interviewer asked with a smile.

What a fun thing to ask a teenager on national television, I groaned to myself. I was born with achondroplasia, the most common type of dwarfism. Physical markers include a sway-back, a comparatively large skull, short but wide hands and feet, and hip joints that swing when I walk. More than 60 scars from limb-lengthening procedures traverse my arms and legs. I opted against any procedures to remove them, seeing them as merit badges I earned rather than deformities to expunge.

Returning to the reporter’s question, I wondered, could one answer possibly be better than the other? “Yes, the boys I’ve liked are that superficial?” “No, it must be my personality?” I finally admitted that the possibility had crossed my mind more than once, but then emphasized that I didn’t like to think of either my dating history or my dwarfism that way.

This week, however, the New York Times touts this precise line of thinking in its series on disability with Jennifer Bartlett’s piece “Longing for the Male Gaze.” In it Bartlett explores the ways in which she believes her cerebral palsy has cost her catcalls and compliments from construction workers. She paints this experience as lonely, contrasting it to Jessica Valenti’s recent autobiography of frequent street harassment, saying ultimately: “I still would much rather have a man make an inappropriate sexual comment than [as a disabled person] be referred to in the third person or have someone express surprise over the fact that I have a career.”

Is it safe to assume she is discounting inappropriate sexual comments by abusers and fetishists, both of which disabled people endure at rates far higher than the general population?

Abuse and fetishism are the covert side of the macho male gaze. In public, Bartlett is right that the male gaze does indeed blind itself to the existence of women who don’t meet mainstream beauty standards. This is why it claims that women are picky while men will jump anything they see — the desires of women who are not conventionally attractive simply do not enter into the equation. Rarely are filmgoers asked to follow a visibly disabled heroine on a romantic journey pulsing with passion. Dustin Hoffman explained the problem perfectly — and tearfully — to the American Film Institute in an interview about his performance as a woman in “Tootsie”:

I thought I should be beautiful. If was going to be a woman, I wanted to be as beautiful as possible. And [the makeup artists] said to me, “That’s as good as it gets. That’s as beautiful as we can get ya, Charlie.” And it was at that moment that I had an epiphany. And I went home and started crying. Talking to my wife… I said, “I think that I’m an interesting woman when I look at myself on screen. And I know that if met myself at a party, I would never talk to that character because she doesn’t fulfill physically the demands that we’re brought up to think women have to have for us to ask them out.” She says, “What are you saying?” I said, “There’s too many interesting women I have not had the experience to know in this life because I have been brainwashed.”

In my 15 years of working to broaden beauty standards and find the key to healthy body image for all, I’ve encountered those who echo Bartlett’s longing. They consider themselves unlucky in love and sex because our culture does not deem their bodies to have broad appeal, and they wish ever so much that they did. When this longing devolves into jealousy of the beauty queens, they often seek solace in finding bodies that could be rated below their own rather than in resisting the temptation to compete at all. And that way meanness lies.

Calling out the male gaze for erasing certain body types is crucially important. Pop culture loves to forget that being conventionally attractive — like being disabled — is neither your fault nor your achievement. But basing your body image activism on your personal insecurities earns you at best political solidarity and at worst pity. It doesn’t make people find you attractive.

Being told you’re beautiful can feel fantastic. I’ve heard it from both lovers and strangers on the street. But the street version is at best a cheap high compared to the profound and lasting joy generated by someone who’s come to love you more the more they’ve gotten to know you.

And is the cheap high from strangers worth the fall that will invariably come from being ignored — or insulted — on a day that you look heavier, older or more disabled? Is the possibility of feeling praised worth the risk of feeling threatened? Even the one exchange with a stranger that left me smiling was spent mostly feeling cagey, as I was haunted by memories of the worst experiences I’ve had in public. And those were mild compared to Valenti’s -- I’ve never been ejaculated on in the subway.

Bartlett acknowledges this, writing, “I also do understand what it feels like to get attention from the wrong man. It’s gross. It’s uncomfortable. It’s scary and tedious. And in certain cases, traumatic.” By “the wrong man,” does she mean someone who is particularly aggressive? Someone she simply doesn’t connect with? Or someone she deems unattractive?

Throughout her piece, Bartlett questions mainstream beauty standards while continuing to use the language that upholds them. “When I was younger, in my 20s,” she writes, “I was a thin, slight woman. I have also always been beautiful and a nice dresser.” In other words, if it weren’t for her cerebral palsy, she would get catcalled with the best of them. While it’s important she can see her own beauty, her self-praise carries with it the implication that not thin and not beautiful women should expect to be overlooked. Which should make anyone who genuinely believes in Liberty and Healthy Body Image for All uncomfortable.

The most interesting part of Bartlett’s piece is when she describes online dating. Her shift from hiding to divulging her disability evoked a shift in both the quantity and quality of the attention she got. “This all feels like a political act, and in some ways it is,” she notes. “Strangely, my disability makes me feel as if I have license to play with and deconstruct sexuality in ways I might not have the bravery to do as an able-bodied woman. One of the privileges of being an outsider is that you are not expected to play by the insiders’ rules.”

But does she not play by them by longing for the same superficial prize? A society that rewards people for the achievement of meeting mainstream beauty standards is doomed to punish others for the offense of not meeting them. For every potentially pleasing catcall, there’s a slimy joke about which bodies deserve to be called ugly. For every chauvinist comment a woman chooses to interpret as a compliment, there’s a woman pressured to obsess over how she should interpret silence. For every beauty pageant where the viewers feel better about themselves by living vicariously through the winners, there’s a reality show where the viewers feel better about themselves by gawking at the freaks. Google “dwarf” or “little people” and you’re a lot likelier to see the latter rather than the former.

We would do well to abandon the modes of thinking that fuel either.

I’ve spent the time since that awkward interview in my teens trying to question the rules of the dating game instead of questioning my body. And my experiences have justified this endeavor. After all, people too myopic to handle exceptional bodies should be the ones crying — like Dustin Hoffman. Having broad appeal is no guarantee of lasting love. Dating scorecards are for those who believe in quantity over quality. Virginity is a social construct. The phrase “out of my league” is by far one of the most useless to me, having witnessed plenty of conventionally attractive friends drop to their knees in awe over those who are anything but. And no number of Facebook likes will ever come close to eliciting the thrill that you get from someone who loves you saying something particularly wonderful about their favorite photo of you.

No matter what I look like to others, I’d rather be one person’s work of art than a million people’s piece of meat. By virtue of having a rare disability, my body has been sliced up enough already.

Emily Sullivan Sanford is an American writer and translator based in Berlin. Her work has been published by Feministing and Johns Hopkins University Press, among others. She blogs about dwarfism and the many ways of being born Different at paintingonscars.com.