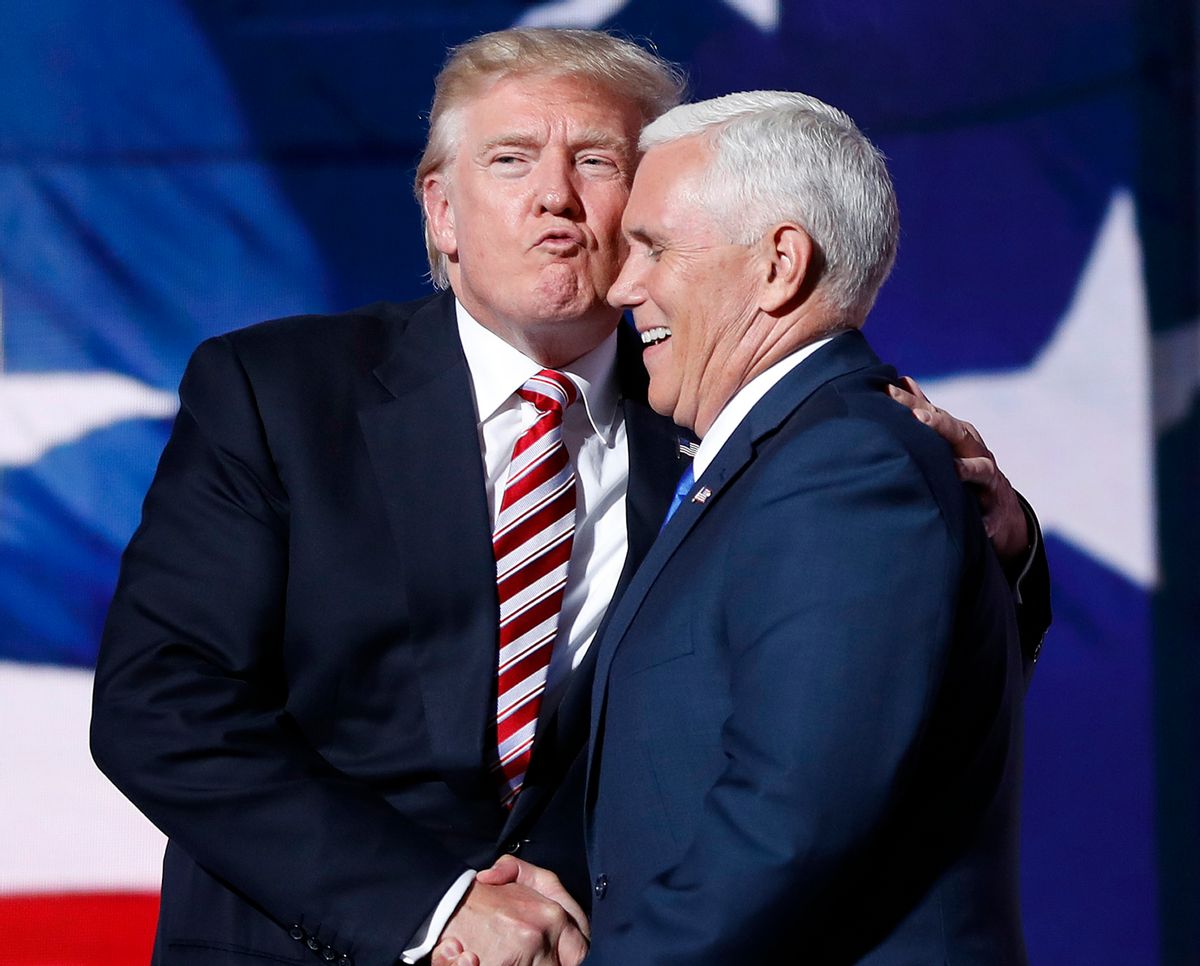 Mike Pence on Thursday dug up former President Bill Clinton's affair with White House intern Monica Lewinsky as part of an effort to undermine Hillary Clinton's "character" and fitness for the presidency.

"I’m old enough to remember back in the last Clinton administration where America really had a debate over whether character mattered to the presidency," the Republican vice presidential candidate said in a speech at Living World Bible Church in Mesa, Arizona. "We don’t need to have that debate again. Character matters to the presidency and Donald Trump will bring the highest level of integrity to the highest office in the land. You can count on it."

Donald Trump is on his third wife. He first got divorced in the early 1990s after his first wife, Ivana, discovered he was having an affair with his second wife-to-be, 25-year-old Marla Maples. So if Pence's measure of integrity is marital fidelity, it's hard to believe Trump would clear the bar.

Pence was apparently equating Bill Clinton's sex scandal — which led to his impeachment in 1999 — to the Democratic presidential nominee's use of a private email server while serving as Secretary of State between 2009-2013.

Pence's Republican running mate, the subject of an ad which used his misogyny against him, took a preliminary swipe at Hillary in August for her husband's infidelity, after Bill delivered during the Democratic National Convention a humanizing recollection of courting his wife while they were law students at Yale University.

"I’m so glad they kept that dress," Trump said — referring to Lewinsky's semen-stained blue dress that served as a key piece of evidence during President Clinton's impeachment trial — at a rally in Fairfield, Connecticut.

Hillary Clinton is reportedly preparing for Trump to again bring up her husbands affair during the first presidential debate on Monday.

"You can't put it beyond Trump that Monica Lewinsky will play a role in this debate," said Greg Craig, who helped prep Secretary of State John Kerry (against George W. Bush in 2004) and President Obama (against John McCain in 2008). "They need to be less focused on dealing with his policy proposals and more on dealing with the unexpected. He’s going to be in attack mode, probably the whole time."