Trump's not born to run, according to Bruce Springsteen: "The republic is under siege by a moron"

In a new interview, the Boss says Hillary Clinton "would be a very, very good president" 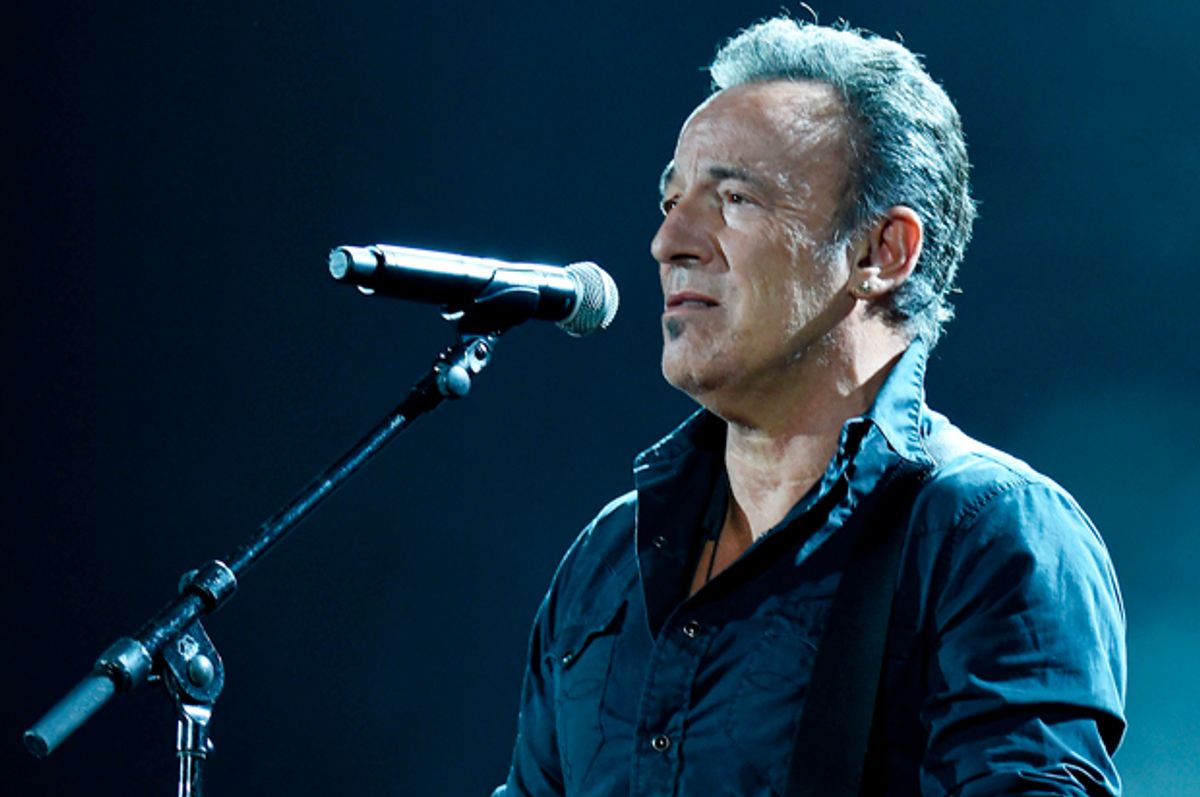 "Well, you know, the republic is under siege by a moron, basically. The whole thing is tragic. Without overstating it, it's a tragedy for our democracy," Bruce Springsteen told Rolling Stone in an interview to promote his new memoir "Born to Run" (out September 27). The Boss, who turned 67 on Friday, made it clear that he thinks Republican presidential nominee Donald Trump was not born to run, for president at least.

"I like Hillary. I think she would be a very, very good president," he revealed in the same interview.

Springsteen songs like "Born in the U.S.A.," "I'm on Fire," and "No Surrender" have been used by politicians, including John Kerry and President Barack Obama, in recent years as classically-American anthems. Denying that he himself has much of a political influence, Springsteen shared with Rolling Stone, "I don't know.  I think you have a limited amount of impact as an entertainer, performer or musician. I feel what I’ve done was certainly worth doing."

Rolling Stone published the excerpt from the interview online that will appear in the next issue of the magazine. Springsteen is also on the cover of Vanity Fair's October 2016 issue. The Vanity Fair story briefly mentioned the artist's view on politics by saying that he held up a fan sign in June at a Munich performance that read: "FUCK TRUMP, WE WANNA DANCE WITH THE BOSS."

Springsteen's main issue with Trump, the Rolling Stone excerpt suggests, is that Trump is oversimplifying the nation's most pressing issues. "And Trump's thing is simple answers to very complex problems. Fallacious answers to very complex problems. And that can be very appealing," Springsteen mused. Read the Rolling Stone story.