WATCH: The Dalai Lama's Donald Trump impression is pretty spot on, for a holy man

"That's my impression," His Holiness said after trashing Trump's pompadour and "small" mouth 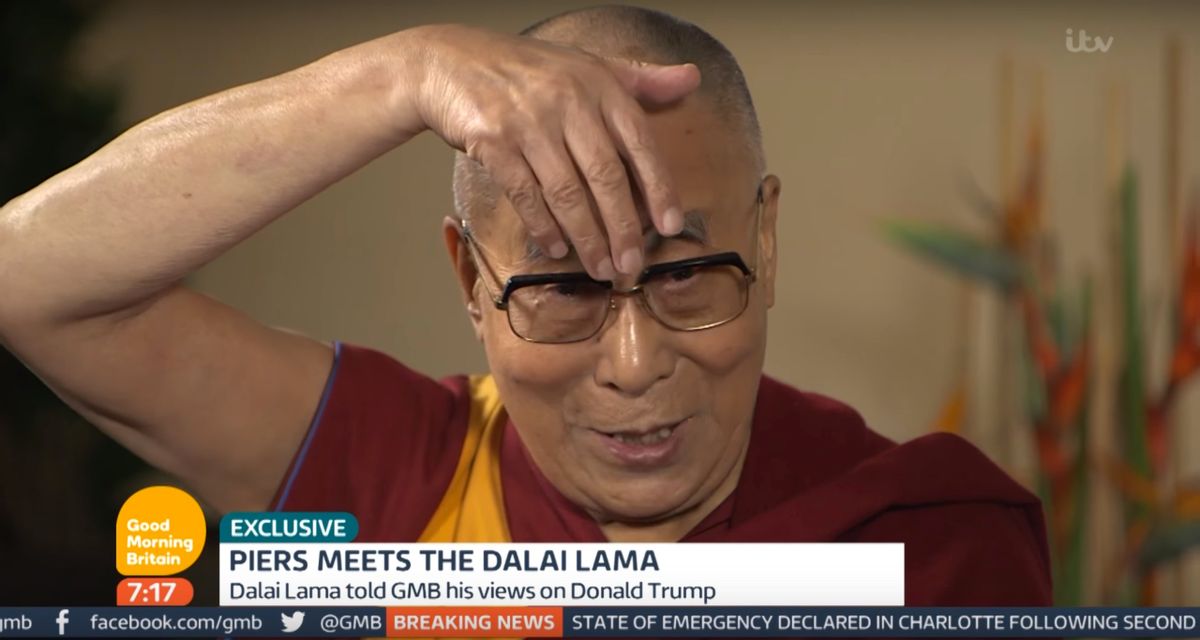 The Dalai Lama — in an interview with Piers Morgan for "Good Morning Britain" on Thursday — has a relatively biting Donald Trump impression.

Asked his thoughts on the Republican nominee, His Holiness simply said, "I don't know." Immediately after, however, he started bashing Trump's coiffed pompadour (using his fingers to represent the real estate mogul's inhumanly low hairline) and "small" mouth.

"That's my impression," he added.

Trump has been in this spot with the leader of a major international religion before. In February, Pope Francis suggested Trump's tentpole policy to build a wall along the U.S.-Mexico border was "not Christian."

"A person who thinks only about building walls — wherever they may be — and not building bridges, is not Christian," Francis said. "This is not in the Gospel."

The Pope's comments sparked a prolonged feud between the two, with Trump responding in typical fashion.

"For a religious leader to question a person's faith is disgraceful," the then-Republican frontrunner told attendees at a rally in South Carolina. "I'm proud to be a Christian, and as president I will not allow Christianity to be consistently attacked and weakened, unlike what is happening now with our current president."

Trump claimed Francis — who'd just visited Mexico to address immigration and drug cartel violence — "said negative things about me because the Mexican government convinced him that Trump is not a good guy because I want to have a strong border, I want to stop illegal immigration, I want to stop people from being killed."

As Trump saw it, the Mexican government was "using the pope as a pawn."