No pricey VIP packages on sale for Obama's music and creativity fest; attendees earn their ticket through good work 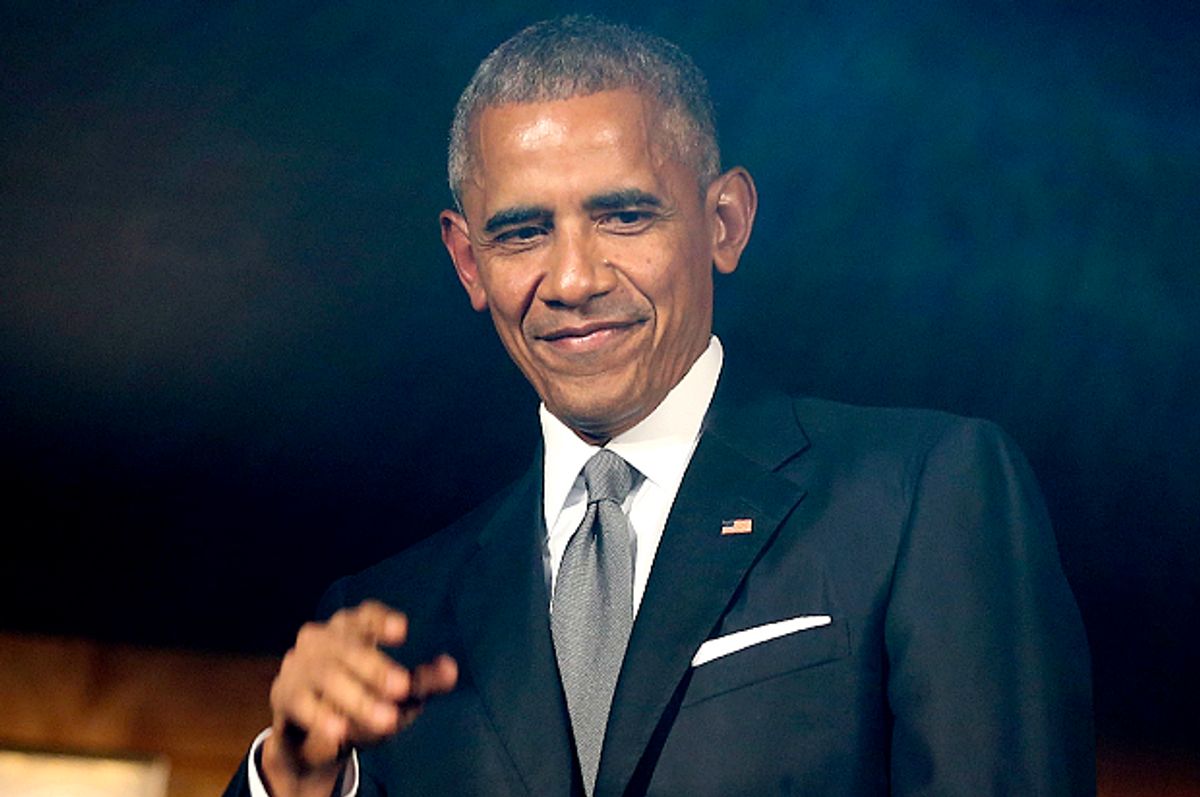 President Barack Obama has confirmed himself as commander in cool with the announcement of a music and arts festival to be held at the White House next Monday. South by South Lawn will take place on Oct. 3 on the White House’s south lawn and will feature a number of live music performances, in addition to a film workshop by the cast of “Stranger Things” and the premiere of Leonardo DiCaprio’s new documentary, “Before the Flood.”

Ah, so that’s what that too-cool-for-school photo of President Obama and DiCaprio was hinting at.

Musical acts The Lumineers and Sharon Jones and the Dap-Kings will headline the festival, which is designed to inspire Americans to come up with creative ways to positively impact the country.

President Obama’s willingness to actively engage with millennials and make his policies accessible to younger generations through participation in the culture is one of the qualities that has separated him from other leaders. Music festivals are a major outlet for artists now. Why not piggyback on their popularity while also finding a way to highlight the administration's social and political messages? SXSL represents President Obama’s acumen at gauging an audience through well-researched planning and execution.

Earlier this year he attended South by Southwest in Austin, Texas, where he delivered a speech to encourage creative entrepreneurs to take action to improve the country. Similarly, SXSL will encourage a spirit of creative innovation.

Unlike other music festivals — SXSW, Coachella, Lollapalooza, et. al — the attendees of SXSL will be determined through a nomination process of people who have made positive impacts on their communities. This is a savvy tactic to further the festival’s mission to incentivize positive changes in community based on a tried and true approach of human nature: monkey see, monkey do. A certain degree of prestige comes with being nominated and selected to attend the festival, which will create buzz to get in. There aren’t any swanky VIP packages for sale; rather, entry is granted based on merit. By rewarding people who have already been making positive impact on their communities, others will be encouraged to make their own mark so as to possibly receive the super cool and exclusive invite.

Nominations to attend the festival are currently closed, but the White House along with SXSW producers are making the event available for online streaming via WhiteHouse.gov, Facebook and YouTube.

In addition to the entertainment portion of SXSL, the festival will offer interactive panels including “Hard Things are Hard” with artist James Turrell and architect David Adjaye at the Newseum to discuss how hard work has propelled their careers and influenced their art. An afternoon panel on the South Lawn titled “Fixing Real Problems” will be moderated by New York Times Magazine staff writer Jenna Wortham and feature tech entrepreneurs and social innovators addressing how technology can influence positive social change. Other panel discussions will explore various methods to effect lasting change, how to foster innovation and collaboration in local communities and how to sustainably feed communities in the upcoming decades.

Each performance, panel and exhibit is geared to inspire innovation and celebrate the progress that’s already begun. It’s my guess attendees, performers and panelists will leave SXSL feeling invigorated and inspired.