My bold predictions on why Trump, who's modeled himself after professional wrestling villains, will win 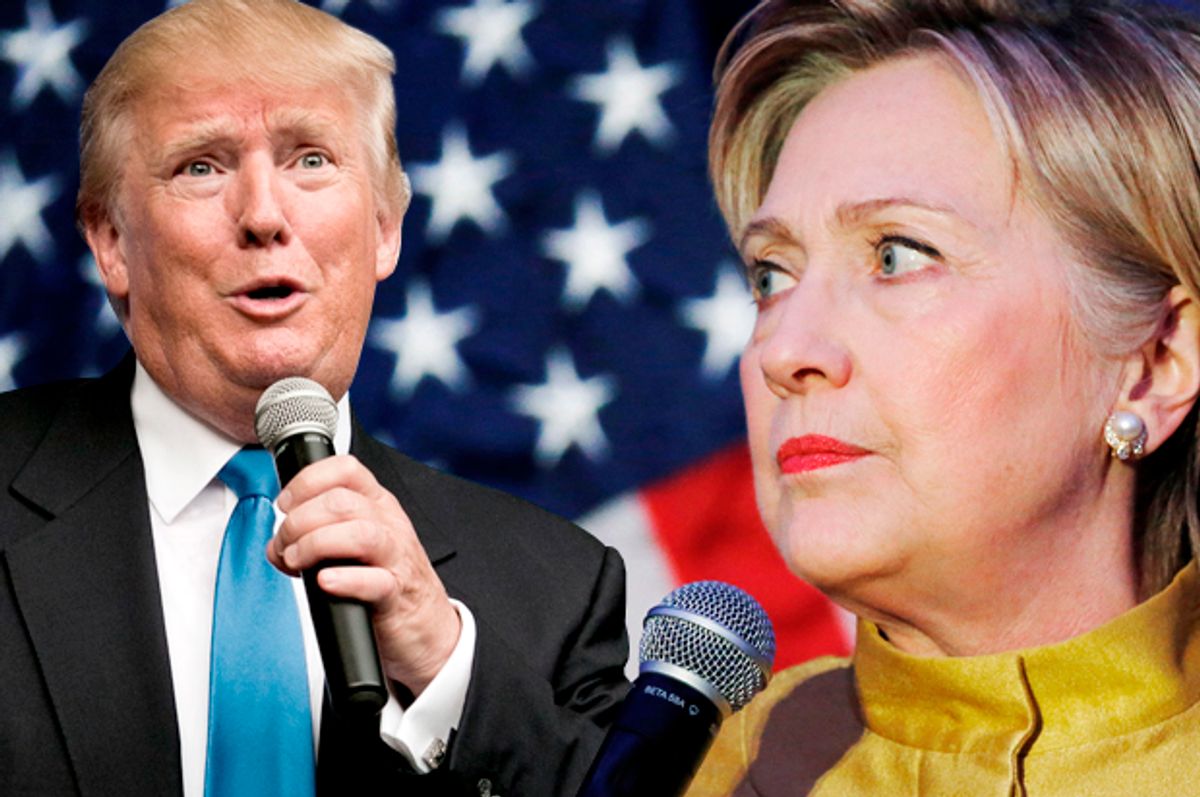 Early last year, I predicted that Donald Trump would be the 2016 Republican presidential nominee. I was correct.

Later in 2015, I predicted that the race between Donald Trump and Hillary Clinton would be much closer than most political pundits and other experts expected. Again, I was correct.

I have another prediction to make. Donald Trump will defeat Hillary Clinton in tonight’s highly anticipated first presidential debate.

Trump, a man who has already “won” the 2016 presidential season, will have nothing to lose.

As one of his former advisers suggested, Trump had no real intention of winning the Republican presidential nomination. It was all an exercise in narcissism, ego and greed, in which Trump would fatten his pockets off of the money sent to him by the rubes who are ensconced in Fox News right-wing “Obama is the devil” Whiteopia.

And if the gambit was played especially well, Trump could perhaps be gifted with his own TV network. Somewhere along the way, Trump found an eager audience: tens of millions of racially resentful, bigoted, scared and hateful white voters. His long con could now pay off in spades. In all, Trump has nothing to lose: the bar has been set so low for his performance in the campaign and debates that Trump can perform at a basic or subpar level and still win it all.

By comparison, Clinton has a great deal to lose. She has been a senator and secretary of state. She was also a first lady, of course. She lost the Democratic presidential primary to Barack Obama in 2008. If she loses in 2016, her path to the White House is all but closed. Clinton is fighting for her political life. She is also being judged unfairly and being held to a much higher standard by the news media and public than her opponent.

Meanwhile, Trump is having fun; he's playing a game. This creates opportunities for him which are denied to Clinton, such as adopting different personas like “the outsider populist;" saying and doing things that would be unthinkable from a “serious” or “professional” politician; and using the optics of reality TV to hobble Clinton tonight and in the campaign going forward.

Gender bender: The old rules of debate decorum will no longer apply.

And one should not overlook an uncomfortable truth: Hillary is disliked by many Americans because she is extremely competent and accomplished — and also a woman. Of course, Trump will have to be careful as he “puts Hillary back in her place” during the debates so as not to alienate white independent voters who could otherwise be persuaded to support him. Unfortunately, there are many people in the American public who are salivating at the thought of watching Hillary Clinton be humbled. Trump will play to that audience.

Hillary Clinton will need to wrestle very carefully to win.

The American corporate news media has been unable to properly and responsibly cover Donald Trump’s ascendance because they have chosen to not understand his particular style of political performance art. As I have written about in a series of essays here at Salon and elsewhere, Trump is a student of professional wrestling.

In this ring, he is playing the villain (or “heel”). He is a bully, a liar, a narcissist and a professional victim, who never fails because of his own shortcomings (the system is rigged!). He mocks and condescends to the public and his enemies, and he enjoys defying norms and expectations of civility and proper comportment. Trump used this professional wrestling heel persona to dominate the Republican primary field and to successfully manipulate a lazy (and complicit) corporate news media.

In professional wrestling, the heel is usually defeated by the hero (or “face”) because the villain’s character flaws lead him to become too ambitious, his cheating backfires, or, after repeatedly defeating the indomitable face character, the heel gets sloppy and takes victory for granted. The professional wrestling villain also hides his or her insecurity behind a bully's facade of excessive confidence. If Hillary understands these aspects of Donald Trump’s political persona, then she can beat him tonight.

When Donald Trump lies, Clinton should calmly correct him, pivot and then attack.

Donald Trump is a narcissist who is stuck in a childlike adolescent ego state. He is insecure in his masculinity. This causes Trump to both seek the approval of women he desires and to also lash out at any woman he perceives as being “disrespectful” or as having “spurned” him. This has the potential to make it very easy for Hillary Clinton to agitate him. Once Trump overreacts, Hillary Clinton will have an opening she can exploit.

Clinton needs to remember, though, that Trump is a brawler — and if she tries to engage him on that level, she'll lose. But if there is an opportune moment for Clinton to interject against Trump, she should ask him questions such as, “Are you mature? Why are you acting this way? Aren’t you prepared?” Trump will of course answer in the affirmative, which will then allow Hillary Clinton to undermine him by showing how the opposite is in fact true. This will further enrage Trump by undermining his fragile ego.

Professional wrestling holds one final lesson for how Hillary Clinton can defeat Trump tonight. As with debates, the referees are an integral part of the storytelling inside of the ring. In wrestling, the referees know the predetermined outcome of the match and help to facilitate it.

To this point, the American corporate news media has coddled Donald Trump, giving him at least $3 billion in free media coverage without holding him to any traditional standards of competence or the facts. In trying to further a self-serving “horserace” narrative, the news media has artificially sustained and buoyed Trump’s campaign.

If Lester Holt of NBC News, the moderator at tonight’s presidential debate, does his job by acting with journalistic integrity and a respect for the truth, then Hillary will be able to pummel Trump with the facts. Unfortunately, in the twisted and bizarre American politics of 2016 that may not be enough for Clinton to win tonight, or in November.

I desperately want Hillary Clinton to defeat the fascist Donald Trump in tonight’s debate. However, in keeping with the politics-as-professional-wrestling theme, the hero may need to pull a pair of brass knuckles out of her pocket to knock out the villain. But if she does, Trump, the news media and his public would howl that “Hillary cheated!” all the while ignoring the barbed-wire baseball bat in Trump’s hands.