How Donald Trump was barred from a civil rights museum 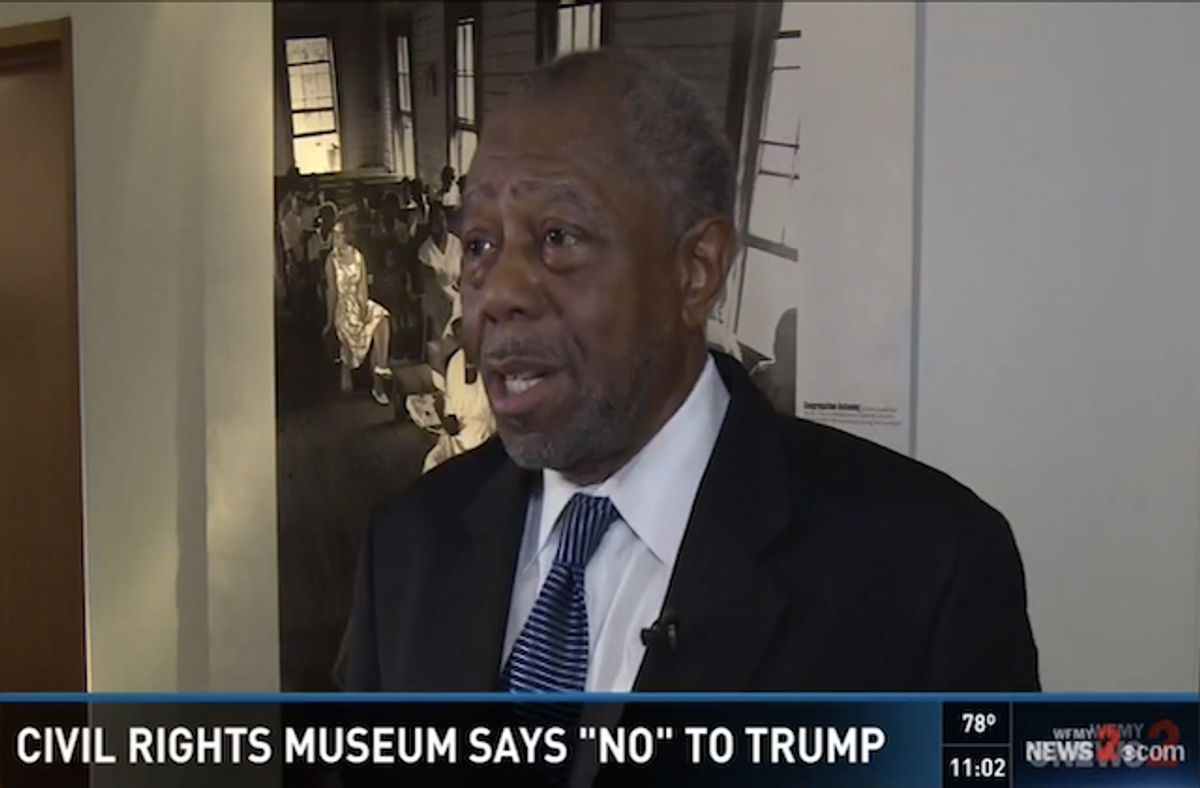 A civil rights museum in North Carolina rejected a request to visit from Republican presidential nominee Donald Trump after the businessman's campaign was "aggressive and rude" to museum staff.

Greensboro's WFMY first reported on The International Civil Rights Center and Museum's decision to deny Trump's request to visit during his campaign swing through the battleground state last week. Co-founder Earl Jones explained that the Trump campaign had demanded "special requests" that the museum could not grant, such as the facility remaining closed to the public for at least five hours to accommodate the Republican candidate.

"We have equal treatment for everyone coming to the museum," Jones told WFMY, adding that his staff was contacted by the Trump campaign to plan a visit for last Tuesday, when the Republican presidential nominee would be in town for a separate speech. "We did not honor the request of the Donald Trump campaign because we thought [what its members] demonstrated in their approach was disrespectful, so therefore we did not grant that request."

"Mr. Trump is welcome to come to the museum, just as everyone else, but he's not going to receive any special treatment," Jones said.

According to WFMY, Trump’s demand that the museum be closed for a substantial part of the day wasn’t the only reason his request to visit was denied. Museum staff complained that the Trump campaign was "aggressive and rude” in its initial dealings with the management of the Greensboro landmark.

"The approach, the type of disrespect, pretty much a demand and bullying us to use the museum in their manner and their way in their time,  it was inappropriate and I think it's probably reflective of the type of insensitivity [to] civil rights and human rights that's reflective from Trump over the years," Jones said.

He went on to say that Trump’s request was an insincere attempt to “exploit the legacy” of civil rights leaders for politics.

"We welcome everyone to the museum but we are not going to allow the museum to be used for political gain," Jones said.

The museum, which opened in 2010, is built around the famed Woolworth lunch spot where four black college students in 1960 took seats at the whites-only counter and refused to give them up, earning their place in history as "the Greensboro Four."

Watch WFMY's reporting on the museum's decision below: