Fact-checking Trump: His tax returns, his global warming "hoax," his role in the birther movement 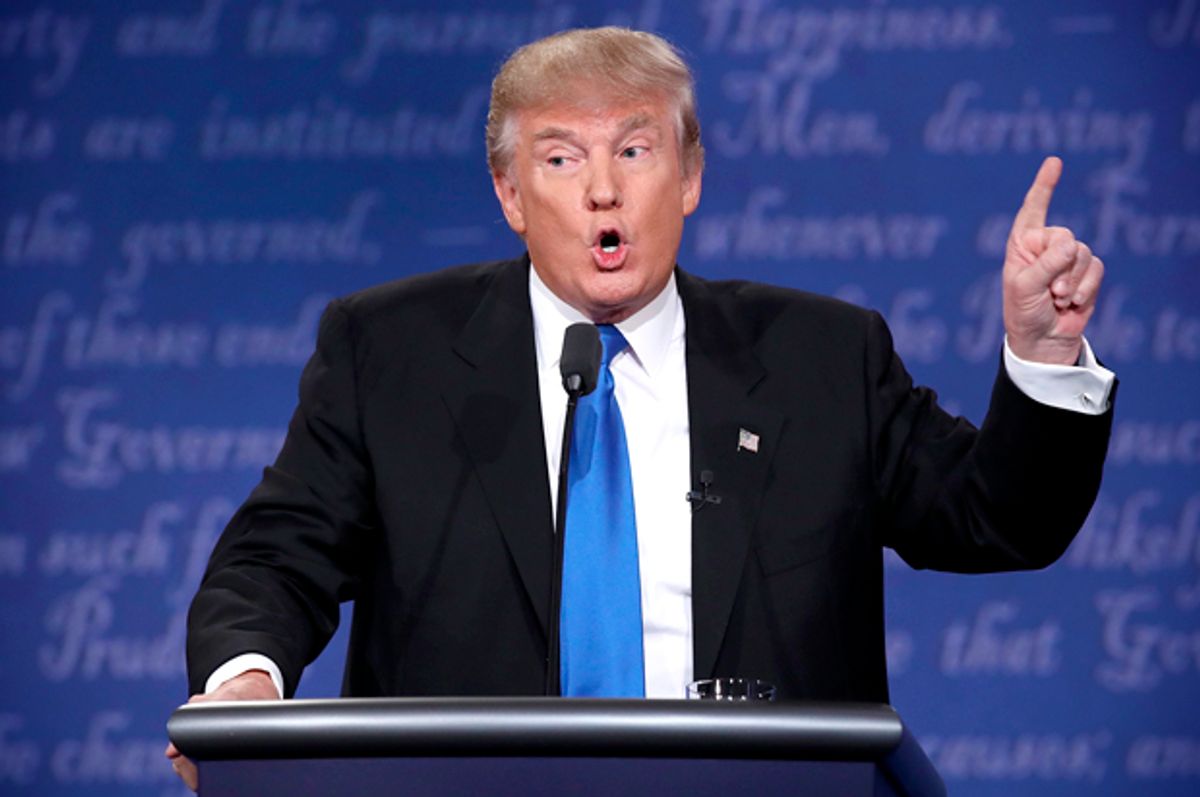 Donald Trump faced Hillary Clinton on Monday night in their first one-on-one debate on Monday night at Hofstra University in Hempstead, New York. The GOP presidential nominee gave a colorful debate performance, but as has tended to be the case, his facts were a little off (or a lot). Below are a few of Trump's biggest howlers:

Trump twice said his financial disclosures suffice in place of his federal income tax returns, which he has so far refused to release because he's currently under IRS audit. Trump is the first major party candidate to not release his tax returns since Gerald Ford in 1976.

Though his 97-page financial disclosure form extensively details his personal assets, as PolitiFact noted earlier this month, "The two most obvious pieces of the puzzle missing without Trump’s tax returns are the effective rate of tax he pays on his income, and the extent and nature of his charitable giving."

Trump denied having claimed that global warming was a "hoax invented by the Chinese," as his Democratic opponent suggested he had. Trump has repeatedly denied climate change on his Twitter account:

He even went so far as to call it "bullshit" on his Twitter account on New Year's Day in 2014:

In an effort to backpedal from his leading role in promoting the conspiracy theory that President Barack Obama wasn't a natural-born United States citizen, Trump recycled the claim that someone within Clinton's 2008 campaign had launched the birther movement.

According to the Telegraph, some Clinton supporters in 2008 circulated birther rumors during her primary campaign against Obama. It's not clear why Trump continues to blame Clinton aide Sidney Blumenthal (who was once the Washington editor for Salon). But PolitiFact found "no evidence to support" Trump's claims otherwise, thus rating the claim false.

Correction: This piece has been updated to correct an earlier version of this post stating that Donald Trump "did not literally call climate change a hoax" when he had tweeted this repeatedly.