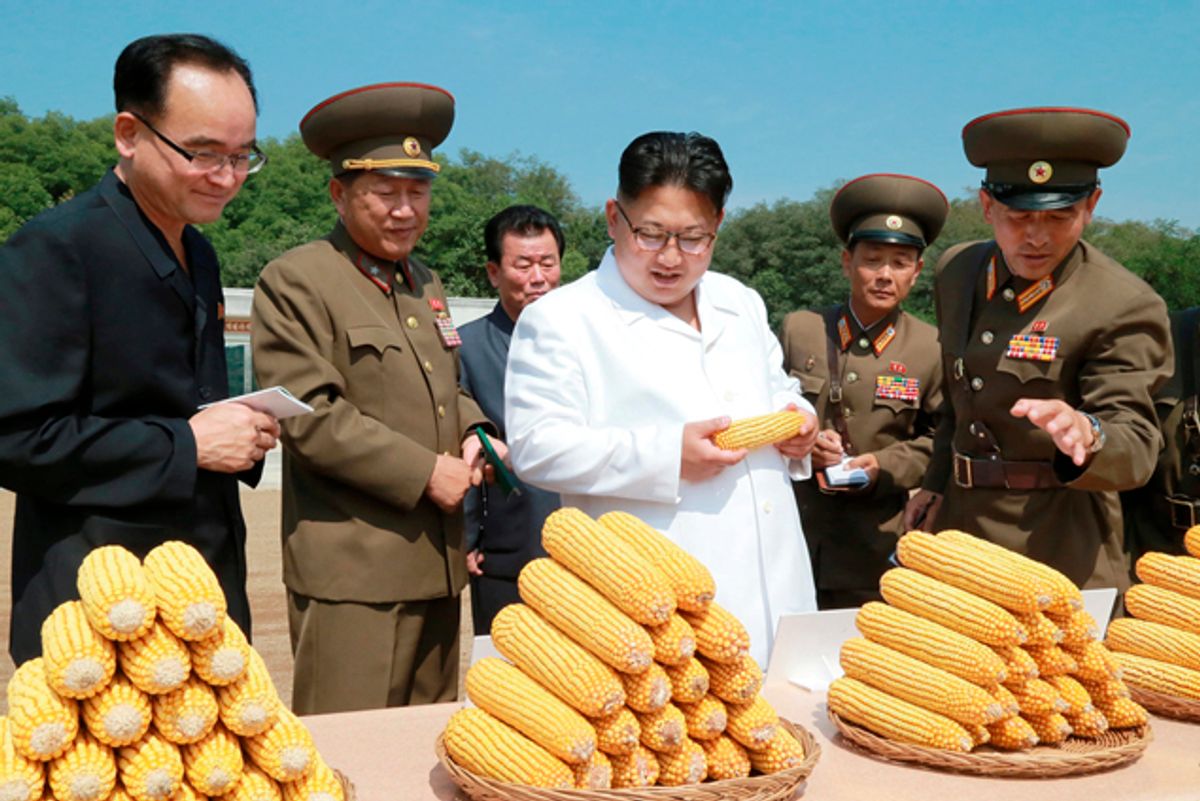 BEIJING — China said Tuesday it is making every effort to ensure stability on the Korean Peninsula, responding to implications from U.S. presidential candidate Donald Trump that it isn't putting enough pressure on Pyongyang over its nuclear program.

Beijing didn't cause the nuclear crisis currently gripping the peninsula, but would oppose the spread of nuclear weapons, Foreign Ministry spokesman Geng Shuang told reporters at a daily news briefing.

"China has been making unremitting efforts with all sides concerned to achieve a proper resolution over the peninsular nuclear issue, for the purpose of maintaining the peninsular peace and stability and the system of international nonproliferation," Geng said.

China is Pyongyang's only significant ally but has signed on to economic and political sanctions brought by the U.N. Security Council over the North's nuclear tests and missile launches. China has also enacted unilateral measures to cut down on trade with the North and pressure it into returning to denuclearization talks.

In Monday night's debate with Democrat Hillary Clinton, Trump said China should "go into North Korea," implying that it was up to Beijing to resolve tensions over Pyongyang's nuclear weapons program that has appeared to make new progress in recent months.

Despite traditional warm ties, China says it has relatively little leverage with North Korea and is opposed to any moves that could bring down its fellow communist regime and unleash a potential wave of refugees and unrest across its border.

International concern over Pyongyang's nuclear and missile programs is deepening following its fifth and largest atomic test explosion this month, its second this year. That's fueling worries that North Korea is moving closer to its goal of a nuclear-armed missile that could one day strike the U.S. mainland.