Signing off: CBS is getting out of the radio business — is this finally the end of the medium?

As CBS looks to unload its radio holdings, it seems streaming technology may do what TV never did: kill radio. 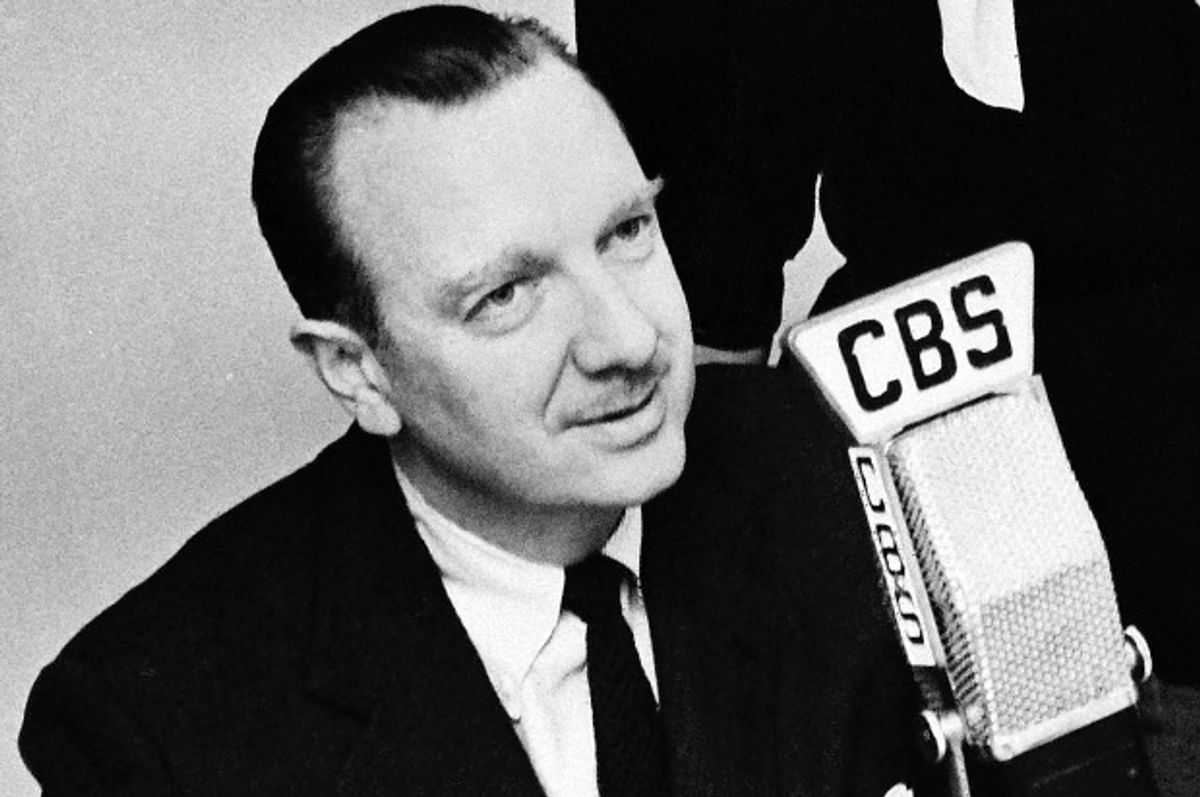 More and more Americans, and particularly young people, don't tune into radio stations at all anymore. But is that the end for radio, the medium that’s survived existential threats from TV (and MTV), CD players and iPods?

If it is, it appears to be a slow and painful goodbye, as advertising dollars gradually evaporate and audiences dwindle.

The biggest indicator that terrestrial radio (the traditional broadcast) is once again at death’s door is CBS Corp.’s bid to spin off its 88-year-old radio business — once home to Edward R. Murrow and Walter Cronkite —  in order to focus on its more profitable television and cable broadcasting segments. If CBS can’t find any buyers for its 117 stations in 29 U.S. markets, it will offer shares of CBS Radio via an initial public offering. So far, no buyers have stepped forward publicly, so the most likely scenario is an IPO that will have absolutely none of the fanfare that Facebook’s did.

While CBS Radio is profitable — thanks to the presence of its stations in major U.S. cities — advertising revenue for terrestrial radio as a whole has been on a downward march for years. CBS Radio reported a 5 percent decline in net income last year, to $1.23 billion, according to its IPO prospectus filed in July. Across the radio industry, ad dollars are projected to fall 2 percent this year, to $14.2 billion, according to New York-based media industry analysts Magna Global.

Meanwhile, digital advertising revenue is rising. PricewaterhouseCoopers has estimated that from 2014 to 2019 over-the-air radio advertising would grow just 0.5 percent a year compared with 8.6 percent for online radio broadcasters. These numbers don’t bode well for a lot of radio stations, especially smaller for-profit outlets with few resources.

Gordon Borrell, founder and CEO of Virginia-based media industry consultant Borrell Associates, has projected that about half of all AM and FM radio stations will be gone by the middle of the next decade, leaving only those that can learn to embrace the digital revolution and have the money to invest in it.

“Science fiction is a great predictor of the future and you don’t see people on ‘Star Trek’ listening to the radio,” Borrell told Salon. “If you look into the future, you’ll see radio companies morph into something else out of necessity, like blacksmiths 100 years ago who morphed from people who shoe horses to people who served modern transportation needs by putting up gas pumps and learning how to change tires.”

Consider, for a moment, cars' dashboards: Whereas years ago they were anchored by a radio — and later a radio and cassette deck, and then a radio and a CD player — dashboards on newer cars allow drivers to sync their smartphones, burying the radio screen behind a layer of apps.

Scott Burnell, head of business development and partner management at Ford, said this means radio stations no longer have their signature advantage inside cars. And since many people consume radio (and the advertisements they play) during their drive-time commutes, this is a big problem.

“They think it’s a privilege,” Scott Burnell, head of business development and partner management at Ford, said of radio broadcasters in an interview with Radio Ink earlier this month. “They feel because they’ve always been there that it’s always going to be there.”

For traditional radio stations, this message is becoming increasingly clear: If you can’t beat the rise of digital media, join it. So stations have been making their own downloadable apps, offering streaming content and, most important, becoming more like digital marketing companies than radio stations, said Mark Fratrik, chief economist at BIA/Kelsey, a Virginia-based advertising consulting firm.

“We tell radio stations, as well as local TV stations and newspapers, that you’re no longer just a local station, you’re a local media company reaching an audience in many different ways, and then selling that reach to national and local advertisers trying to get to that audience,” Fratrik said.

Some of the more successful radio companies have evolved. For example, in 2010 Connecticut-based Townsquare Media, the country’s third-largest AM-FM radio-station operator, hired the head of AOL Media to spearhead its digital marketing business. This strategy helped Townsquare increase sales from $269 million in 2013 to $441 million last year, according to its latest annual report.

There will be radio stations that survive the coming culling of the fold — the ones that adapt.

“It’s challenging,” said Fratrik. “Will be easy going forward? Of course not. Some radio stations will survive and adapt and others won’t.”