Fear of a woman president: How the white backlash against Obama fueled Hillary hate and the rise of Trump

For the right, Obama's "symbolic" presidency was bad enough — Trump is a last-ditch effort to turn back the clock 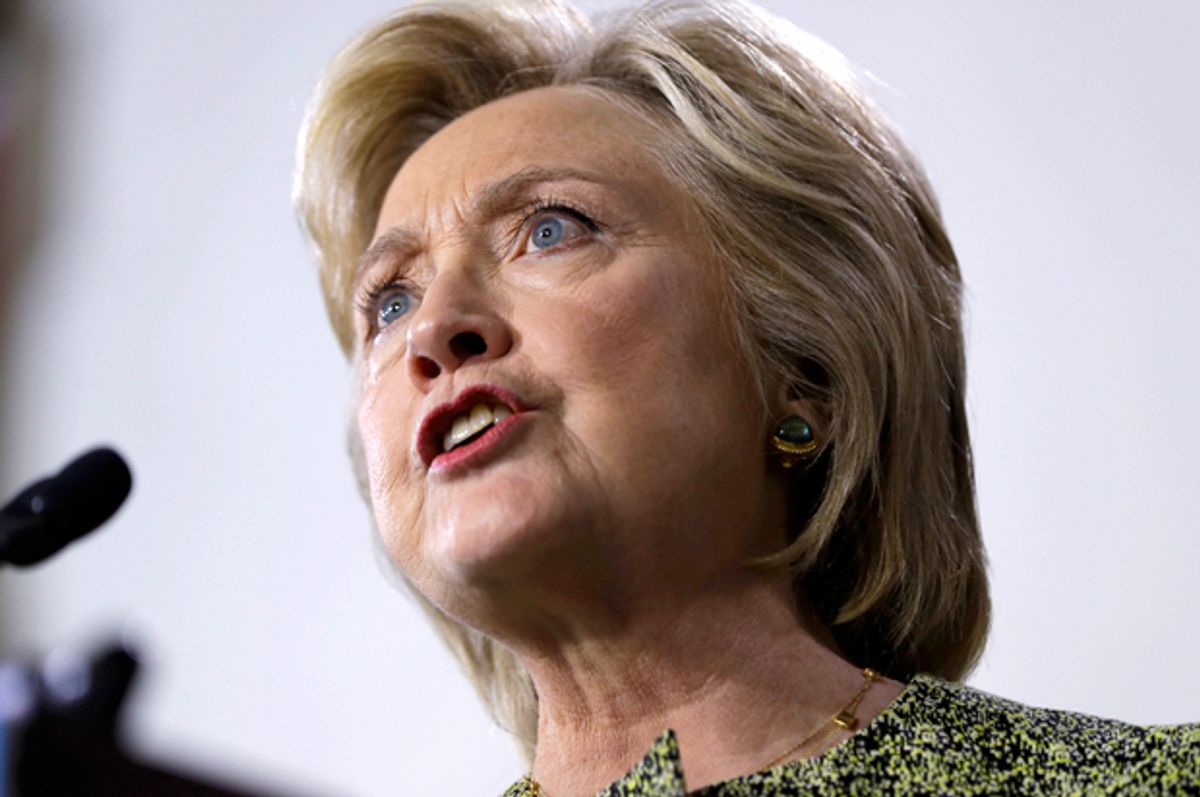 It has always seemed to me that the extremely close presidential primary campaign of 2008 signaled that America was at a pivotal moment in its history. As the vehicle for social progress and the home of most racial minorities and women, the Democratic Party was naturally the institution that would advance two breakthrough leaders in succession. The time had come, the country had changed and I naively thought it would be easy.

As it turned out, there was an immediate, fierce backlash against the ascendancy of Barack Obama to the presidency called the Tea Party. It was portrayed as a revolutionary anti-government movement but when scholars studied these folks, it turned out that they were simply garden-variety conservatives after all — and they were very, very angry. Harvard's Theda Skocpol, author of “The Tea Party and the Remaking of Republican Conservatism,” with Vanessa Williamson, explained to Salon in 2013 that Tea Party attitudes about taxes and government reflected something deeper:

There’s no question that at the grass roots, approximately half of all Republican-identifiers who think of themselves as Tea Partyers are a very conservative-minded old group of white people, some of whom do go all the way back to [Barry] Goldwater and the [John] Birch Society. They are skeptical of the Republican Party as it has been run in recent years. But they both hate and fear the Democratic Party and Obama. We argued in many ways that anger comes from alarm on the part of these older conservatives that they’re losing their country — that’s what they say. That they’re the true Americans, and they’re losing control of American politics.

Nothing symbolized that "loss of control" more than the African-American president sitting in the White House. Sadly, it turns out that these older, more affluent conservatives weren't the only ones who felt that way. White working-class Americans, particularly men, were growing more and more angry about losing their place in the hierarchy of privilege. These two groups make up the Republican coalition that is now expressing the right-wing backlash in the form of explicit white nationalism.

After dealing with a black president and his family occupying the White House for eight long years, accepting a woman taking the job immediately thereafter is more than they can bear. As the National Rifle Association's president, Wayne LaPierre, quipped, “I have to tell you, eight years of one demographically symbolic president is enough.”

The right-wing opposition's response to the "demographically symbolic" female candidate has been to nominate a famously crude misogynist to restore white male authority once and for all. Rebecca Traister memorably explained it in this Hillary Clinton profile in New York magazine a few months back:

There is an Indiana Jones–style, “It had to be snakes” inevitability about the fact that Donald Trump is Clinton’s Republican rival. Of course Hillary Clinton is going to have to run against a man who seems both to embody and have attracted the support of everything male, white and angry about the ascension of women and black people in America. . . . Of course a woman who wants to land in the Oval Office is going to have to get past an aggressive reality-TV star who has literally talked about his penis in a debate.

Because, of course, conservatives on the right was not going to be able to tolerate yet another living symbol of progress that they see as forcing them further back in the line.

This explains to some extent why we don't see the kind of rapturous excitement at this "first" that we saw in 2008 for Obama. The sense of violence and hostility that was bubbling just under the surface then and that churned throughout the Obama years has now exploded. It's frightening and disorienting and it forces optimism to the down-low. The atmosphere is more like a war than a movement.

Clinton's ad campaign shows the terrain on which this war is being fought. There have been plenty of standard issues ads and character studies, but her most effective spots are those that simply use Donald Trump's own words against him, showing him insulting people and expressing himself in crude, bullying fashion. They're presented from the point of view of kids, veterans, seniors, individuals with disabilities, people of color and women who can see how this man who tells his voters, "I am your voice" talks about them.

The ads are not about Clinton and they aren't really about Trump. They are about us and what Trump's followers really think of us.

This one, called "Mirrors," is one of the most powerful:

Many fathers who see the ad are appalled that their daughters have to live in a world where someone like Donald Trump is an acceptable leader. That's why the experience of Alicia Machado, the former Miss Universe who has come forward with her story of being humiliated at Trump's hands, has such resonance with women and Latinos.

It's why people with disabilities and their families are frightened by Trump's cruel mockery of a reporter. It's the reason that African-Americans feel a chill down their spines when they hear Trump say that the way to achieve racial healing is "law and order" and "stop-and-frisk." It's why millions of Americans of all races and creeds were stunned at his blithe dismissal of Khan family members and their sacrifice. These are the people on the other side of all that angry white grievance.

It's not a coincidence that the first African-American president may be followed by the first woman president. Progress requires that you let the momentum carry you when you have it. But it also shouldn't be a surprise that the first would enter office on a high note of inspiration and the second would face the inevitable backlash. We should have seen it coming. I get the feeling that Hillary Clinton did.