Alicia Machado isn't the only Miss Universe contestant to accuse Donald Trump of fat-shaming: "He put a lot of the girls down” 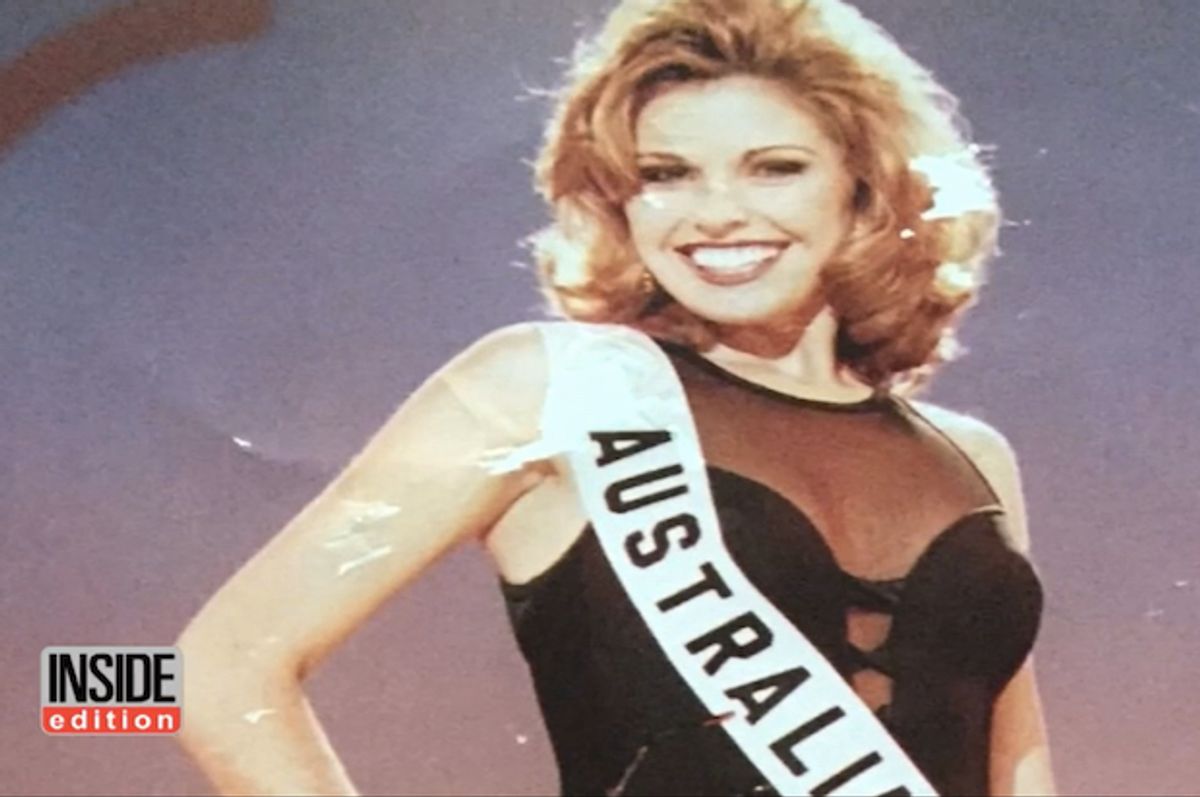 Jodie Seal, who was Miss Australia during the 1996 pageant, said Donald Trump fat-shamed her (Inside Edition screenshot)
--

For a third day, Republican presidential nominee Donald Trump kept the damaging story of a former Miss Universe he publicly body-shamed in the headlines, insisting that he actually saved the young woman from being striped of her crown.

"I had nothing to do with this person, but they wanted to fire her," Trump told Fox News' Bill O'Reilly Wednesday, referring to Miss Universe 1996 Alicia Machado. The Venezuelan model, who was 19 at the time, has since revealed that Trump called her names like "Miss Piggy" and "Miss Housekeeping" to humiliate her.

"She did not do well. She had a lot of difficulties," Trump told O'Reilly after earlier insisting that he only treated Machado that way because she "gained massive weight."

Trump provided no evidence to back up his claim.

But while Trump continued to defend his treatment of Machado, another Miss Universe contestant was recounting her experience with Trump to Inside Edition.

"He said to me, 'Suck your stomach in. Suck your gut in.' He always wanted us to be sexy," said Jodi Seal, Miss Australia in the 1996 Miss Universe pageant, the same year that Machado won the title while representing Venezuela.

"He was calling some girls some pretty horrible names as well," she recounted.

Calling Trump a "Mussolini-" grade tyrant who regularly mocked women about their bodies, Seal revealed that Trump regularly told the female contestants to "wear your swimsuits out."

"He'd walk by while we were eating. He put a lot of the girls down. It was supposed to be the time of our lives," Seal said, calling Trump "controlling" and saying he wanted the contestants exercising daily.

"I really feel for her," Seal said of Machado. "She was meant to be the most beautiful woman in the world — Miss Universe — and she was treated with no respect."

Machado "weighed less than I did, during the pageant, after the pageant. There's no way she was big," she added.

NBC refused to broadcast last year's Miss USA and Miss Universe contest after Trump, who had partial control of the pageant, made inflammatory statements about immigrants.

Spanish-language Univision also cut pageant ties with the Miss Universe production thanks to the derogatory remarks from Trump, who sued the network for $500 million.