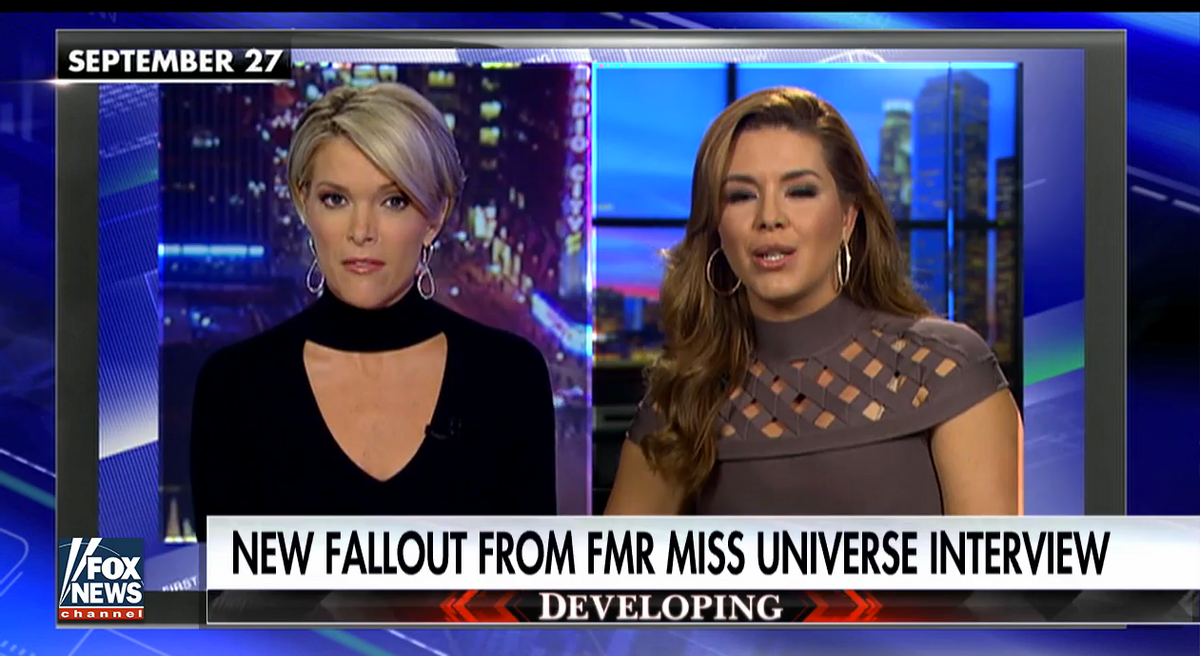 "You know what? If you want to increase your numbers with women, stop telling us how fat we are because that, as it turns out, doesn't make us feel so good," added "The Kelly Files" host Megyn Kelly, looking directly at the camera.

Perino, who once served as former White House press secretary in the George W. Bush administration, joined Kelly to discuss Trump's unflattering comments about the former Miss Universe Alicia Machado, whom he had once called "Miss Piggy," an epithet recalled by Democrat Hillary Clinton at Monday night's presidential debate. Yet on Tuesday, Trump merely doubled down on his prior comments, claiming to Fox that Machado had “gained a massive amount of weight and it was a real problem.” Even on Wednesday, Republicans like former House speaker Newt Gingrich continued to focus on fat shaming Machado.

On Wednesday night Kelly and Perino pleaded for Trump and his defenders to not only stop talking about Machado's weight but also refrain from discussing women's looks in general. "The Kelly Files" episode included a Fox News interview of Machado describing the frequency of Trump's unflattering comments to her during the Miss Universe pageant.

Kelly, who said she thought Trump should have been better prepared to answer questions about his sexist comments during Monday night's debate, said in comment directed at Trump, "I tried to warn you."

In another Fox News segment on Wednesday, Kelly initially set out to interview Trump campaign manager Kellyanne Conway about why the GOP candidate had been so ill-prepared during Monday's debate but the host ended up becoming quite heated in discussing Trump's repeated offensive comments about women.

Conway complained that Clinton's campaign ads, in which several Trump statements were replayed, were "not nice" and not true.

Countered Kelly to Conway: "The ads that she's running about him when it comes to his comments on women use his words, Kellyanne. Use his words!" The host then became so heated that she made a fist with one hand and her bracelet flew off her wrist.

"Come back, bracelet!" Conway said, with an uncomfortable laugh.