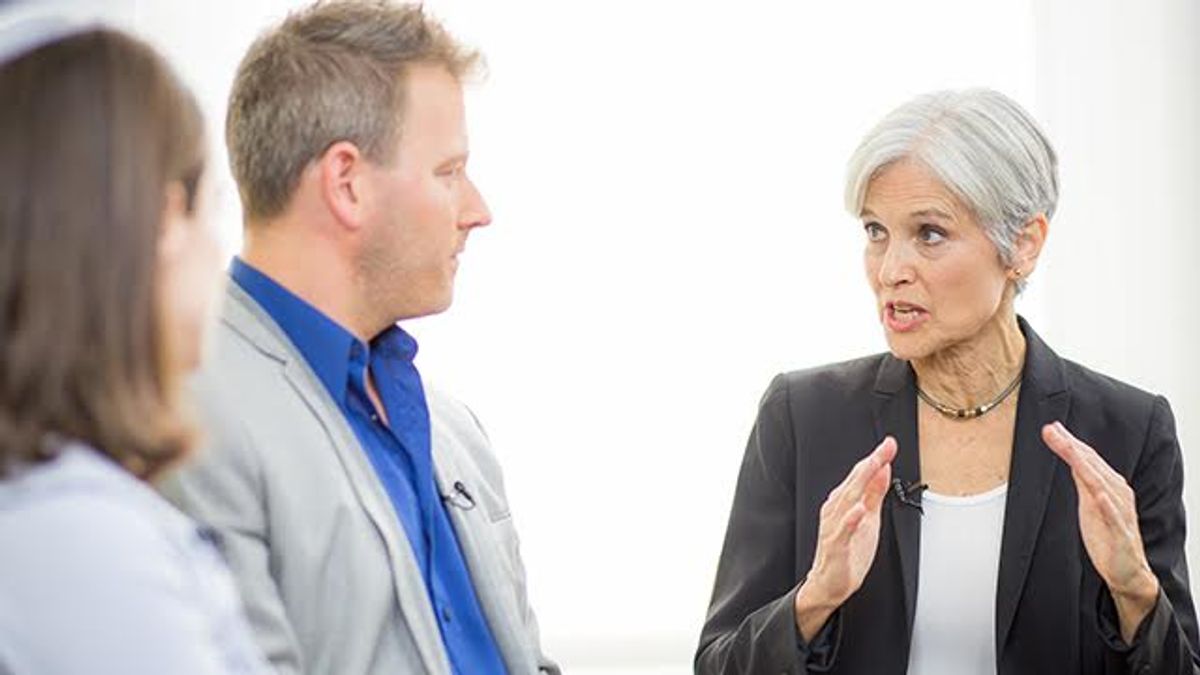 Jill Stein is thinking big picture about the future of the world.

Prior to Monday night’s presidential debate showdown at Hofstra University, Stein had held a “people’s debate” on campus to protest the stringent standards that prevent her from participating in the televised debates.

“The people’s debate took place before the debate," Stein said. "And this was essentially a demonstration. It was a gathering with hundreds of supporters who came out to say, ‘This is not OK; this is not acceptable,' at a time when the establishment candidates are being rejected at unprecedented levels, the most disliked and untrusted candidates for president ever. And people are clamoring for other choices.”

Taking questions via Facebook Live with the largest "Salon Talks" audience to date — more than 60,000 viewers— Stein shared her stance on a range of issues, including whistleblowing and the environment.

"The Green 'New Deal' calls for an urgent transition, not only of fossil fuels, but also nuclear" power, she said. "It provides the subsidies to do this transition because our survival depends on it. So we would decommission these nuclear power plants and immediately stop any new creation," the presidential hopeful said.