Chicago Tribune endorses "agile, practical" Gary Johnson as USA Today decides not to endorse at all

The editorial board of a major U.S. newspaper plugs a Libertarian candidate who hadn't heard of Aleppo 3 weeks ago 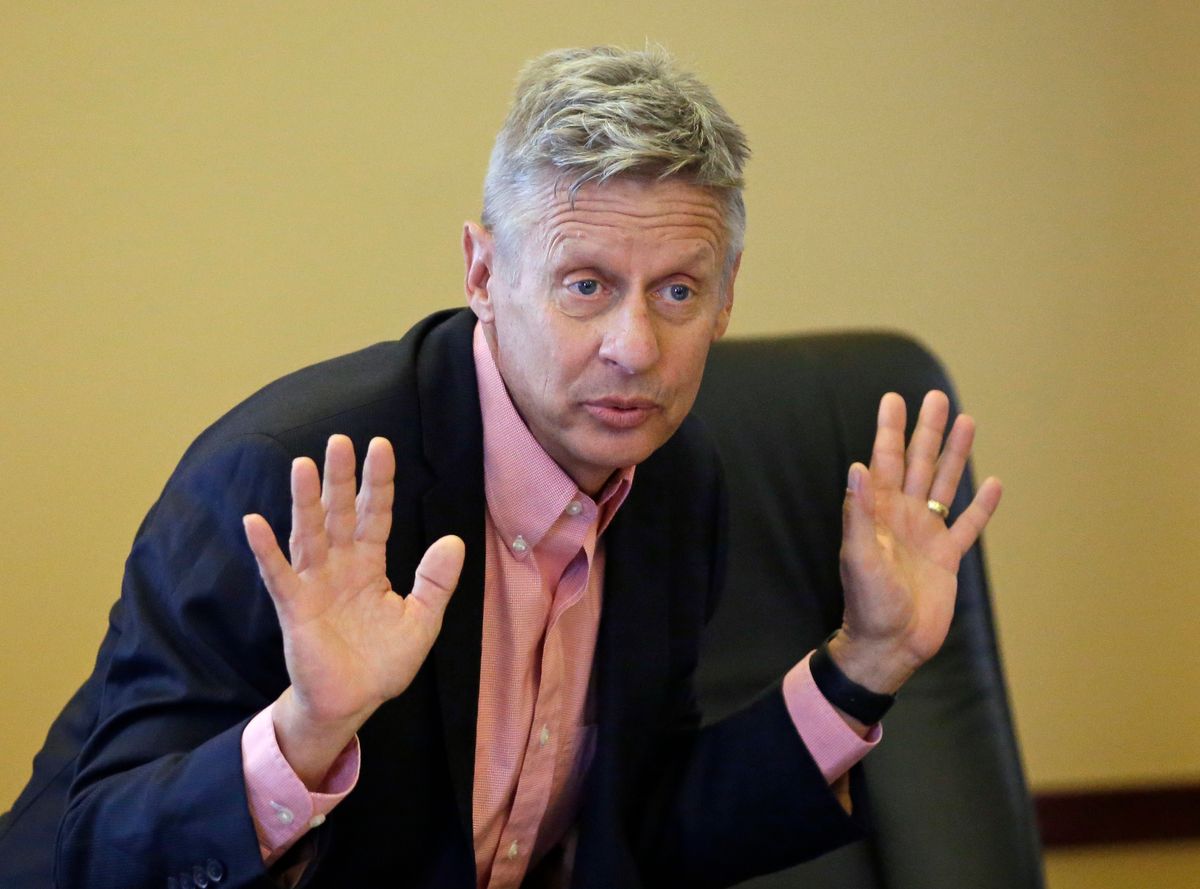 In an editorial titled, "A principled option for U.S. president," the Tribune board called the former New Mexico governor, "agile, practical and, unlike the major-party candidates, experienced at managing governments."

"We reject the cliche that a citizen who chooses a principled third-party candidate is squandering his or her vote," it added, offering no policy specifics to justify its support for Johnson. "What we're recommending will appeal less to people who think tactically than to conscientious Americans so infuriated that they want to send a message about the failings of the major parties and their candidates."

The board called Republican presidential nominee Donald Trump "a man not fit to be president of the United States."

"The mystery and shame of Trump's rise — we have red, white and blue coffee mugs that are more genuinely Republican — is the party's inability or unwillingness to repulse his hostile takeover," it continued. "He has ridden to the White House gate on the backs of Americans who believe they've been robbed of opportunity and respect. But inaugurating a bombastic and self-aggrandizing President Donald Trump isn't the cure."

Democratic nominee Hillary Clinton escaped a sweeping un-endorsement when the board wrote she, "by contrast, is undeniably capable of leading the United States." And, "Electing her the first woman president would break a barrier that has no reason to be."

However, the Tribune said it couldn't endorse Clinton due to "her intent to greatly increase federal spending and taxation [coupled with] serious questions about [her] honesty and trust."

USA Today similarly un-endorsed Trump — though not going so far as to endorse the third-party candidate who until recently didn't know Aleppo is a city in Syria — on Friday. Until this election, the newspaper had never endorsed a presidential candidate, but

"This year, the choice isn’t between two capable major party nominees who happen to have significant ideological differences," the editorial board wrote, calling Trump, "by unanimous consensus of the Editorial Board, unfit for the presidency."

"From the day he declared his candidacy 15 months ago through this week’s first presidential debate, Trump has demonstrated repeatedly that he lacks the temperament, knowledge, steadiness and honesty that America needs from its presidents," it added. "Whatever you do ... resist the siren song of a dangerous demagogue. By all means vote, just not for Donald Trump."