Howard Dean refuses to apologize to Trump: "There is something the matter with him"

Following Trump's 5:00 am Twitter meltdown, Dean calls out the media on MSNBC for not rebuking Trump's innuendo 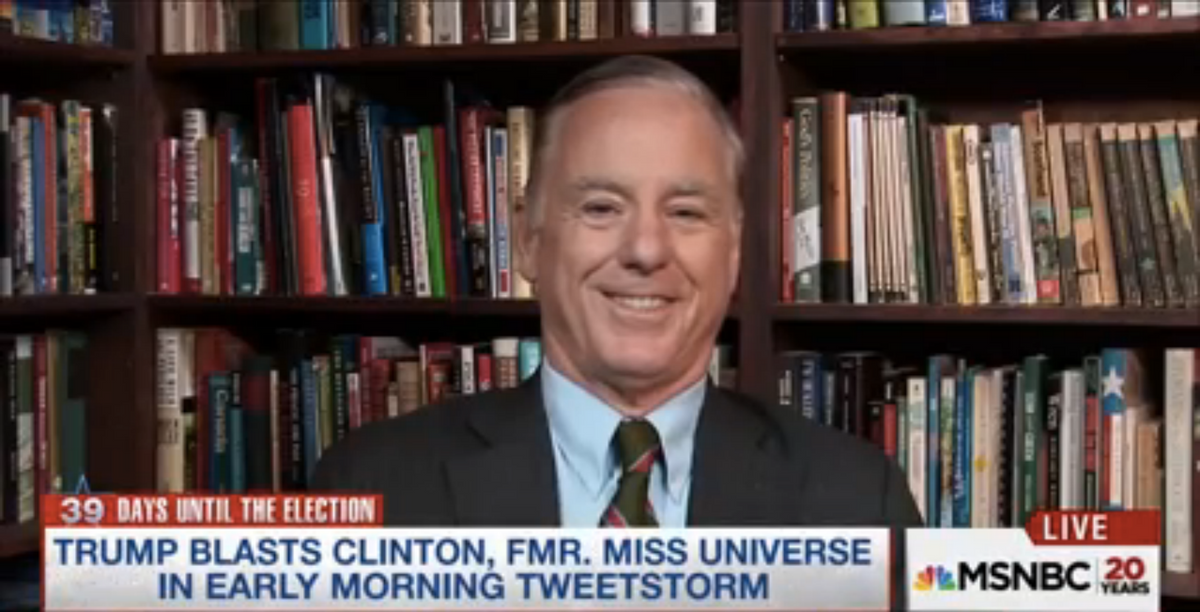 Gov. Dean, now a MSNBC contributor, refused to apologize to Donald Trump for the tweet, and instead referenced the GOP nominee's own early-morning twitter meltdown.

"People who stay up at 3:00 and 4:00 or 5:00 in the morning tweeting about sex tapes, these are not normal people. There is something the matter with him, and I don't know what it is," Dean said.

For most of this week, Dean has been chided by the media for his tweet which used the same innuendo that has become a hallmark of the Trump campaign.

"I'm not unwilling to apologize for using innuendo. I don't think that is a reasonable thing to do. Donald Trump has used innuendo from the day he got into this campaign. And the media has not called him on it," Dean said.

Trump controversies, like when he implicitly invited "Second Amendment people" to shoot his opponent, or when he suggested President Obama sympathizes with Islamic terrorists, “He gets it better than anybody understands,” are examples of Trump innuendos that have become infamous this past year.

Dean ultimately dedicated most of his airtime to rebuking the media.

"I don't think using innuendo is a good thing. But the problem is much greater than that. I would like the media of this country to apologize. We have a double standard on Donald Trump and created Donald Trump. $2 Billion worth of free time. Why? Because his ratings are great," Dean said.

"I would be very willing to apologize--not to Donald Trump," the former presidential hopeful said.

Watch Dean's appearance with Ruhle below, courtesy of MSNBC: