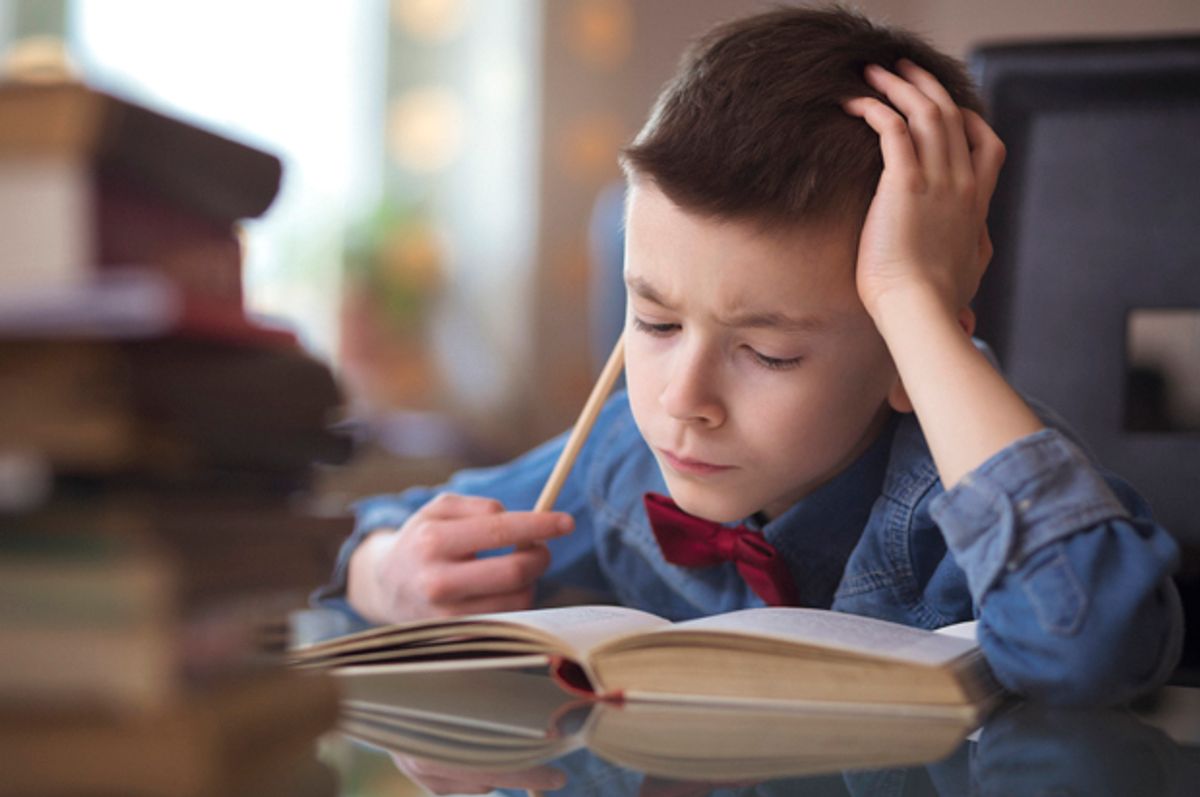 Nicholson Baker is a best known as a novelist whose ability to see, hear and think about minuscule details is so highly developed that the word “intense” doesn’t quite do it justice. But aside from authoring novels like “Vox” and “The Mezzanine,” he has written important essays and books of argument and observation. The latest in this line is “Substitute: Going to School With a Thousand Kids.”

The book chronicles Baker’s 28 days teaching at several public schools near his Maine hometown. After the call came in at 5:40 a.m., he headed to teach subjects he sometimes knew little about — to students he had never met. His goal was to learn about the everyday texture of life with schoolchildren.

Salon and Baker corresponded about his experiences by email.

You surely knew this wouldn’t be easy. What surprised you the most about being a substitute teacher?

The difficulty in being a substitute mainly comes from the fact that you're a low-ranking interloper who knows nothing about anything. But you can learn a lot in any aquarium by observing life on the bottom. I was surprised by how kind most kids were, and by how much they had going on in their lives — and how differently they acted when I talked to them as individuals [from] when I had to police them as groups of twenty bored, noise-crazed conscripts.

In some ways, public education hasn’t changed much since you were a student. But the arrival of iPads, the Internet and so on has clearly altered the experience significantly. How did you see this playing out with the students you taught?

A pencil is a lovely literacy tool but it can also be flung up in the air so that it pokes into a ceiling tile and hangs there. The iPad cases had long straps and could be swung around and used as weapons. Even so, the iPads gave kids enormous freedom of choice.

When students were stuck in a class they disliked — when they were 15 or 20 assignments behind in math, say, and were just going through the motions of being in school — they could play Shark Attack or watch music videos or monster truck videos or text a friend. In days of yore they would have been playing eraser hockey or shooting each other with rubber bands and paper clips.

Common Core, frequent high-stakes testing and various “standards” have come to dominate public education lately. Do these improve the experience of teaching or learning, do you think?

All the testing and the "rigor" just makes teachers crazy and increases the amount of homework. We need less school, less homework, less fretting about international competitiveness. I recently spent six months in Singapore: That country is rethinking its heavy emphasis on high-stakes tests because children are obviously suffering. No country is helped to do great things by systems that have kids grinding till midnight every night.

If you could make one change to the way public education works, what would it be?

I would shorten the day — shorten it two ways, by starting it later and by getting rid of homework. That would take some of the stress off students and it would also have the effect of increasing teacher pay. Bonus suggestion: require anyone who is in charge of educational policy to do some real work as a teacher or a substitute teacher in a public school. You will be a different person afterward.

A recent letter to the New York Times Book Review asked how much someone like you — who dropped in for about month — could really see and understand about the way education works. How full or representative a picture do you think you got?

I worked on and off for 28 days sprinkled over one semester. Of course that can't come close to the experience and training that real teachers bring to their classes — and I really admire how hard teachers work, how completely some of them throw themselves into their jobs.

The advantage I had, though, was that I saw a number of different schools and classes and taught all grade levels — one day it was middle school, the next day kindergarten, the next day remedial high school English — so that the book is a sort of K-12 core sample of American education as it exists in one lower-middle-class district in the state of Maine.

There's really no quicker — or more exhausting — way to find out how students of all ages think and survive in schools right now than by being there with them as their temp teacher and seeing what they like and what they hate. I think the book is pretty representative, actually. That's the contribution it makes, I hope — it conveys what life is like, right now, on the ground, for American schoolkids. It listens to what they say.