Is the DEA high? The agency's emergency ban on kratom has to make you wonder what they're smoking

The ban on kratom — a safe and popular treatment for chronic pain, depression, anxiety and PTSD — is inexplicable 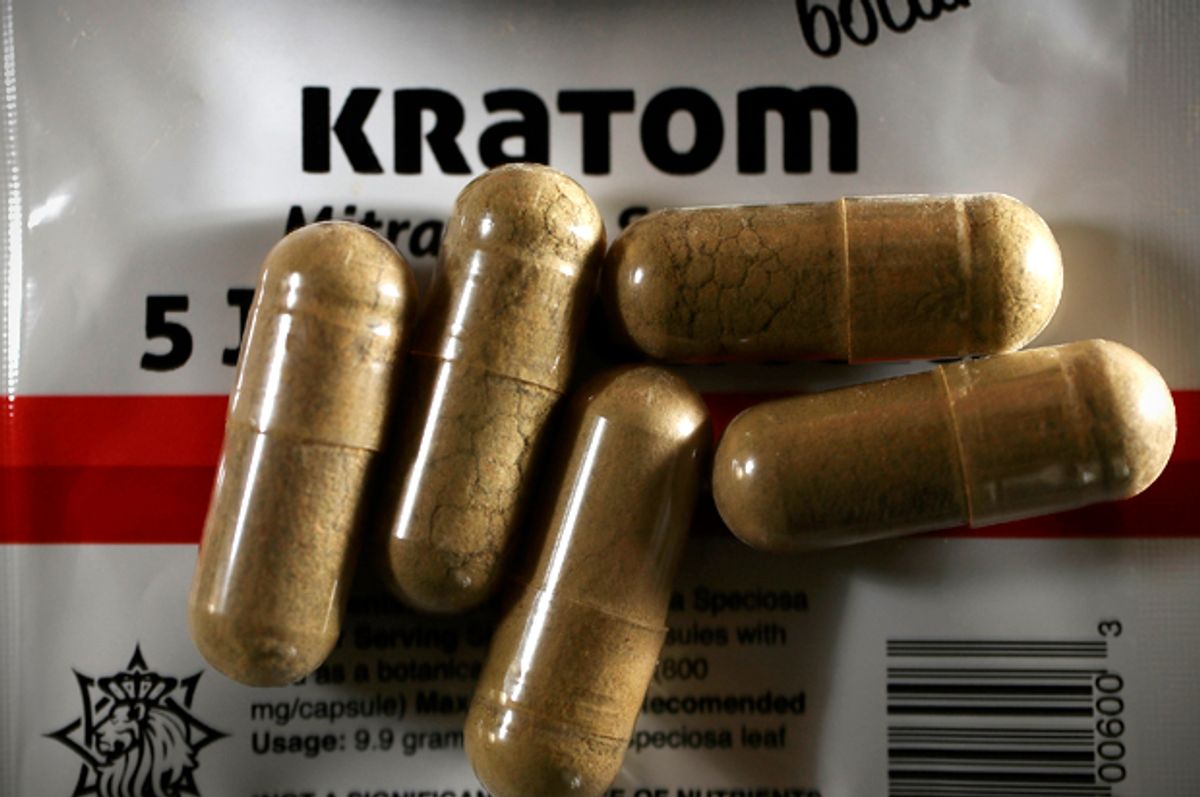 How insane is America's drug war? Look no further than the Southeast Asian plant known as kratom, which the Drug Enforcement Administration recently announced it would be temporarily adding to the list of Schedule 1 substances, along with heroin, LSD, cocaine and marijuana. This emergency ban, which the DEA justified by calling the plant an “imminent public health and safety threat,” may go into effect as early as this weekend, and can last up to three years before becoming permanent or being reversed.

Kratom, which is related to coffee, has been used for therapeutic purposes across Indochina for centuries, and has become increasingly popular in the United States over the past several years for treating chronic pain, depression, anxiety, PTSD and a variety of other ailments (veterans have been particularly vocal about the plant benefiting their lives and getting them off of a plethora of pharmaceuticals). Kratom has also been reported to help recovering opiate and heroin addicts, even though it can be mildly addictive itself if used on a daily basis — not unlike coffee.

Online forums suggest that it is used predominantly by adults as a therapeutic herb, and a recent survey by the Pain News Network, which polled over 6,000 kratom users, found that over 50 percent use it for acute and/or chronic pain, almost 15 percent for anxiety, 10 percent for opioid dependency, and less than 2 percent for recreational use or curiosity. It is particularly popular for those suffering from back/spine pain, migraines and fibromyalgia.

The Schedule 1 classification is supposed to be reserved for substances that are considered to have high potential for abuse/addiction and no medicinal value, which any rational observer can see is not the case with kratom (even the DEA spokesman has admitted this much — but more on that later). As with cannabis, kratom does not appear to cause overdose or death when too much is taken because it does not slow down breathing as opiates do.

In The Verge, Alessandra Potenza reports on a study conducted by Edward Boyer, a professor of emergency medicine at the University of Massachusetts Medical School, who says that kratom looks like it could be a promising alternative to prescription opiates:

“The plant acts like an opioid painkiller without one of the worst side effects: difficulty breathing. In opioid overdoses, patients stop breathing. But when rats were given kratom’s major chemical compound (called mitragynine) in substantial doses, they breathed freely. The results suggest that kratom could one day be developed into a pain medication that doesn’t pose the same risks as opioids. ‘I think it’s worthy of additional scientific research,’ Boyer says.”

In its letter of intent, the DEA pointed to just 15 known deaths that involved kratom (just to put that number in perspective: roughly 88,000 people die each year from alcohol, which has high potential for abuse and little to no medicinal value). But even this small number is misleading, since almost all of these cases involved high doses of other dangerous substances in the subjects' systems. Most kratom users report that consuming too much of the plant, which has an unpleasant taste and can give an energizing effect in lower doses, simply causes nausea and vomiting. Unfortunately, prohibition will hinder further scientific research that could establish better understanding of the plant’s safety and therapeutic benefits.

Hasty and ill-considered, the claim that kratom is an imminent public health and safety threat is enough to make you wonder whether they are getting high on their own supply over at the DEA. Indeed, policy experts seem to overwhelmingly agree that this knee-jerk measure will only worsen the current heroin and opiate epidemic in America by forcing many kratom users to turn to more dangerous and addictive drugs in treating their pain — thus exacerbating a legitimate public health crisis.

The agency’s spokesman, Melvin Patterson, has responded to the public backlash — which includes a White House petition with over 135,000 signatures and a letter from 45 members of Congress calling on the DEA to delay this “hasty decision” — with feigned sympathy and doublespeak.

“I don't see it being Schedule 2 [or higher] because that would be a drug that's highly addictive. Kratom’s at a point where it needs to be recognized as medicine,” Patterson told the Washington Post, seemingly contradicting his employer’s position. “I want the kratom community to know that the DEA does hear them,” he continued. “Our goal is to make sure this is available to all of them.”

Right — what better way to make kratom available than to make it illegal!

This entire episode provides an unsettling insight into the drug warrior’s irrational and authoritarian mindset. Of course, the DEA’s plan to ban kratom shouldn’t have come as a complete surprise (after all, just a few weeks earlier the agency announced that it would be keeping cannabis — which is now widely accepted as medicinal — as a Schedule 1 drug). But the impassioned response from the public has been encouraging. As noted above, 45 members of Congress have signed on to a letter asking the DEA to delay the emergency scheduling, while President Obama will have to respond to a White House petition asking him to stop this measure within the next month or so. The American people — the majority of whom now support the legalization of marijuana — seem to be waking up to how disastrous, counterproductive and harmful the war on drugs has been.

But the DEA depends on the drug war — they literally can't exist without it — just as the criminal drug lord’s existence depends on the prohibition of drugs. Thus, the vicious circle will likely continue until the public stages an intervention.