Another case against the Olympics: 2020 Tokyo Games see skyrocketing costs 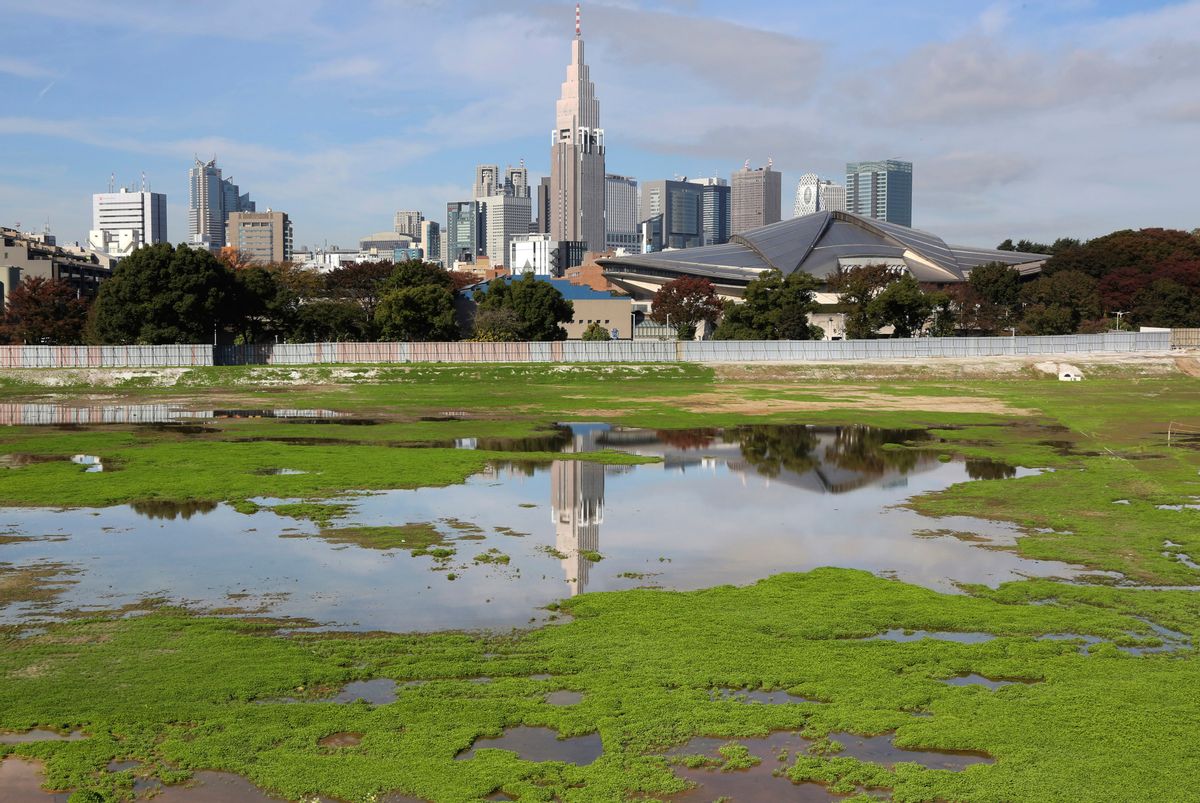 FILE - In this Nov. 16, 2015, file photo, a skyscraper reflects in a pool of water in the site of Japan's National Stadium demolished for the renovation for the 2020 Olympic games as the compound is shown to the media for the first time after the completion of the demolition work in Tokyo. The price tag of the 2020 Tokyo Olympics could exceed 3 trillion yen ($30 billion) unless drastic cost-cutting measures are taken and several key venues are relocated, an expert panel warned Thursday, Sept. 30, 2016, in the latest blow to Japanese organizers. "Naturally, anyone who hears these numbers is alarmed," panel leader Shinichi Ueyama said. (AP Photo/Koji Sasahara, File) (AP)
--

TOKYO — An expert panel set up by Tokyo's newly elected governor says the price tag of the 2020 Tokyo Olympics could exceed $30 billion unless drastic cost-cutting measures are taken. That's more than a four-fold increase from the initial estimate at the time Tokyo was awarded the games in 2013.

Following is a breakdown of the panel's projected costs by category. Original bid estimates have been included when available.

The building of the new national stadium, which will host the opening and closing ceremonies and track and field, has been plagued by a series of problems. An earlier design by the late Iraqi-British architect Zaha Hadid had risen to $2.65 billion, more than twice the original forecast. The Japanese government decided to scrap that plan and, on Friday, approved a new stadium project totaling nearly $1.5 billion. Officials say construction will begin in December and be completed by November 2019.

Located on reclaimed land in Tokyo Bay, the panel estimates the cost at $954 million. The village is being built by a private consortium and will be rented during the games. The plan is to transform the village into a residential area after the games.

Organizers plan to build seven temporary venues for sports such as beach volleyball, triathlon and gymnastics. In July, the organizing committee acknowledged the cost of building those venues had surged to an estimated $2.6 billion, up from an initial estimate of $800 million.

Based on estimates from the 2012 London Olympics, the panel suggests these costs could be as much as $16 billion, including $2 billion for transportation, $3 billion for security, $6 billion for energy and technology, and $5 billion for operating costs.

The breakdown does not take into consideration unforeseen costs. The panel said these could arise from earthquake prevention measures and the possibility that additional venues may be moved outside of Tokyo, increasing transportation and security costs. Tokyo organizers are also looking at measures to counter the extreme heat in Tokyo and the panel took those potential costs into consideration when it came up with the estimate of $30 billion.