Bruce Springsteen's "Chapter & Verse": A close read of the companion album to his memoir "Born to Run"

Bruce's collection is closely tied to the music discussed in the book, and there are some curious omissions 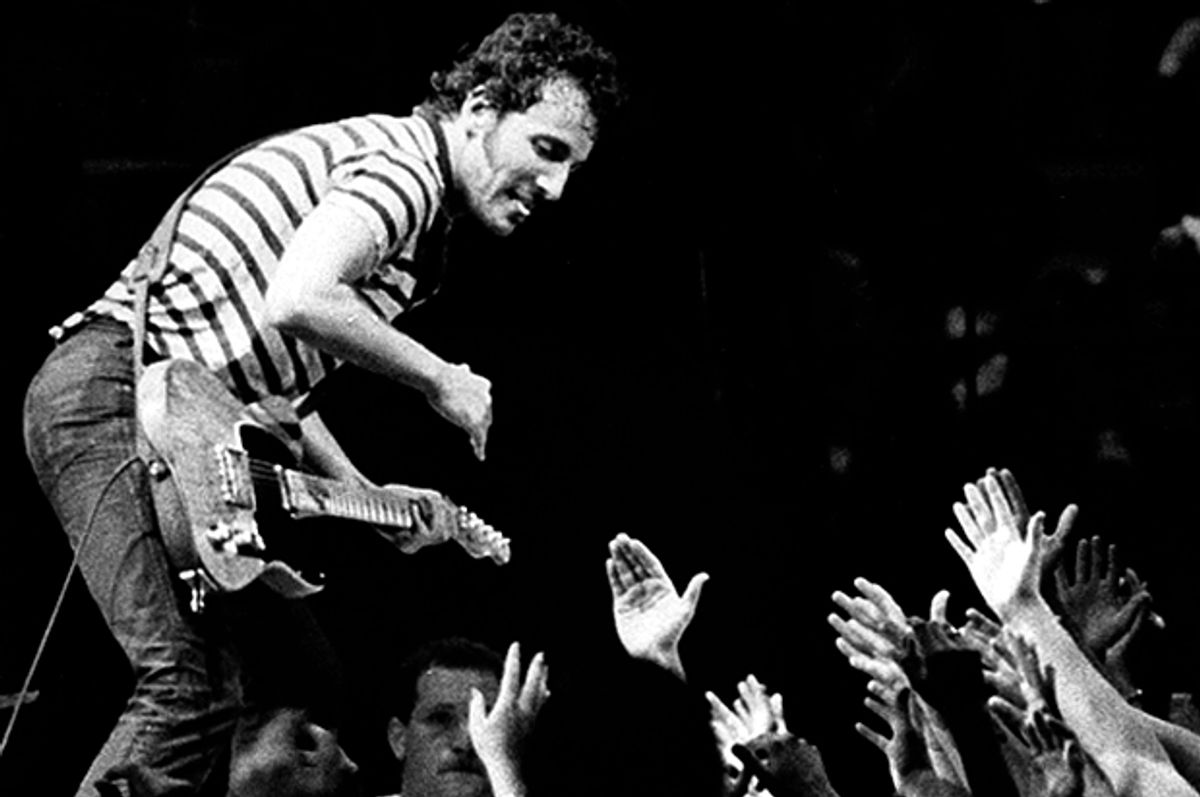 To accompany the release of Bruce Springsteen’s autobiography “Born To Run” is the companion album “Chapter & Verse.” The record consists of a dozen of his well-known songs, as well as five previously unreleased tracks from his early years, before the E Street Band. It’s a very specific collection, closely tied into the book, but aside from the early tracks, there’s not much here that makes it essential.

The early tracks are definitely interesting, and unless you’re a diehard collector, it’s unlikely you’ve done more than hear these in passing. Having the tracks cleaned up and available for posterity is a good thing, but it’s unlikely that any of this material gets listened to more than a few times. If Bruce Springsteen hadn’t had anything to do with them, they would have already been lost to the passage of time.

“Baby I,” the first track, is the b-side of the one recording made by the Castiles, Springsteen’s first serious working band. It’s a youthful and poppy love song with all of the band’s influences right on top, harmony vocals and surf guitar. Written by Springsteen and his bandmate George Theiss and recorded at a local studio (the aptly named Mr. Music in the Bricktown Shopping Center), the music and performance is a little rough around the edges but shockingly competent when you consider that almost all of the members of the band were teenagers in high school. There’s a reason the Castiles got so much work back then.

“You Can’t Judge A Book By The Cover” is the Castiles live a year later, performing the Willie Dixon number at a teenage club called the Left Foot in Freehold. This is the same year that the Castiles were regularly gigging up at the Cafe Wha in Greenwich Village, and their live chops show. The shows at the Left Foot were recorded by the owner, and clearly Springsteen purchased the tapes  — please release them as part of the official archive series for historical purposes, if nothing else! — and this is the result. It sounds like a working band having a great time.

“We became something people wanted to see,” Springsteen says about Steel Mill in “Born To Run.” “He’s Guilty (The Judge Song),” although dated in style, demonstrates the power that Steel Mill had, and you can even hear a few hints of Springsteen’s later compositional style. It would be one of the songs Springsteen would record at Bill Graham’s Fillmore studios when the band went out to California in search of fame and fortune in 1970.

The Bruce Springsteen Band was the nucleus of what would become the E Street Band: present and accounted for on “The Ballad of Jesse James,” recorded as part of a 1972 rehearsal session at the Challenger surfboard factory in Wanamassa, NJ, are Steve Van Zandt and Garry Tallent, along with Vini Lopez and David Sancious, early E Street Band members. There’s more than a little bit of Allman Brothers here, who used to play in Asbury at a club called the Sunshine Inn; Bruce and Steve were major Allman Brothers fans, and actually opened for them at the Sunshine Inn in 1971. (There’s one known tape of these rehearsals, so it’s good to know it’s in Springsteen’s hands.)

Rounding out the early Springsteen music on “Chapter & Verse” is “Henry Boy,” also recorded in 1972 as part of Springsteen’s publishing deal with first manager Mike Appel. It’s professionally recorded and is similar in style to the songs he’d end up recording for his first two records.

The other songs on the record are all previously officially released and available elsewhere. But they were clearly chosen to compliment certain sections in the book. But by that criteria, what’s interesting is what’s not included on “Chapter & Verse.” Obviously, the catalog is endless, and one could say, “Just go listen to the records,” but the collection exists for a reason.

“Growin’ Up” comes from the demo sessions Springsteen recorded for John Hammond at Columbia Records. It’s certainly a fine track, but when reading that section of the book, when Springsteen describes Hammond saying “Play me something,” and Springsteen answering that with “It’s Hard To Be A Saint In The City,” with Hammond saying, “You’ve got to be on Columbia Records,” the song you probably want to hear to match that experience is the song that was actually played (even if it was a later demo recording).

Every other song on “Chapter & Verse” absolutely correlates to major moments in the book. “4th of July, Asbury Park (Sandy)” was written, as Springsteen describes it, as “a good-bye to my adopted hometown and the life I’d lived there before I recorded.” “Born To Run” should be on every compilation Springsteen releases, but the chapters on the recording of that record are some of the book’s most heartfelt. He calls “My Father’s House” “probably the best song I’ve written about my dad,” and “Long Time Coming” is the flip side, “the wish I’ve had for my children.” Springsteen’s always been vocal that he considers “Born In the USA” one of his best songs, and “The Ghost of Tom Joad” was the key that opened the door to his next phase as a songwriter. Again, it’s easy to parse the tracklist out because the book clearly tells you why they’re there.

But despite an entire chapter about “American Skin” and its significance to Springsteen, that song is absent; “Land of Hope And Dreams,” both one of Springsteen’s finest compositions of the last decades and a significant emotional number in the book — he played it as Clarence Clemons passed over, for heaven’s sake — is AWOL. The Seeger Sessions is nowhere to be found, despite the moving chapter on the band’s performance in New Orleans just after Katrina. And finally, also missing completely is anything from 2007’s “Magic.” When talking about “The Rising,” Springsteen notes that his motivation that “we needed to make a great modern record,” and “Magic” also fits that description; “Long Walk Home” would have certainly been a great addition to this collection, and could easily stand side by side with the rest of the tracklist. (Although to be honest, Springsteen himself downplays “Magic” in the book, for reasons that are unfathomable.)

More interesting would be a compilation of all the non-Bruce songs Springsteen mentions in the book, because the way Springsteen writes about the music he loves and was influenced by is going to make you want to hear it while you read. Thankfully, someone’s put that together.

The final verdict? “Chapter & Verse” is enjoyable, but not essential; listen to the unreleased early tracks on Spotify for edification’s sake — they’re definitely a good window into that early world — and program your own essential Springsteen compilation together to accompany your book reading.