BULLSH**TER OF THE DAY: Glenn Beck, for claiming his Nazi conspiracy theories were a public service 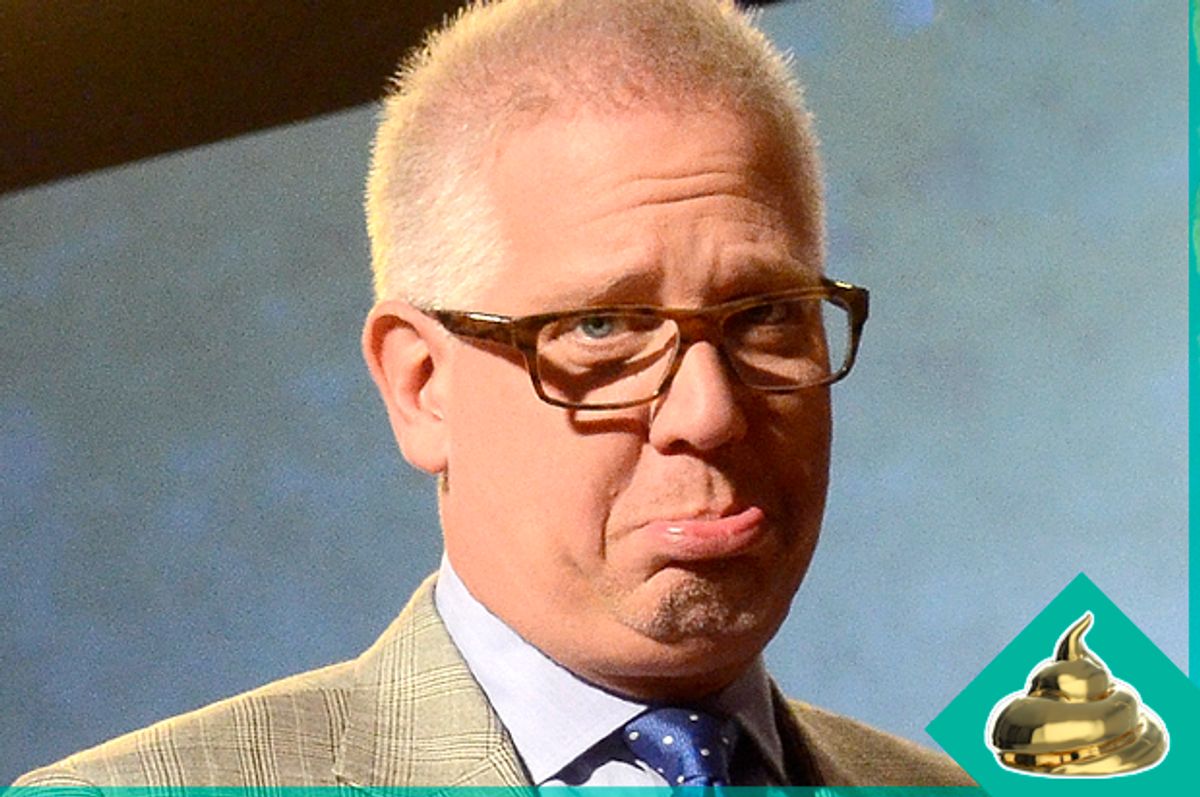 "When they were mocking me for bringing up Nazis, the reason why I did many of the times was to warn about the rise of the uber right in Europe that would bleed into America, and it’s happening."

As a big "I TOLD YOU SO" on "Meet the Press," Beck brought up his long history of Nazi comparisons to argue that he knew the high level of polarization and disenfranchisement this election would bring about.

Were his previous Nazi comparisons meant as warnings about uber right-wing parties in America? The short answer is no. Unless you consider his likening of Obama's empathy for his citizens to Hitler a warning (you missed the logic there, didn't you? No worries, Beck's got you covered)

In his defense, he never really mentioned what candidate he was talking about. Perhaps we were all too quick to think that he was talking about Trump (after all, he has made it on other occasions), when he in fact was thinking about Clinton--and that would be consistent with his history of calling out Al Gore and former Obama administration official Cass Sunstein for their Goebbelsian practices.

Either way, we call bullshit.

Aside from his long history of dubiously antisemitic and unnecessary Hitler references? Well there is also that time when he called President Obama racist (against white people, of course).

Bullshitter Of The Day Glenn Beck