Donald Trump's taxes are still a big mystery: Here's what we do know

There's a lot to learn about Trump's taxes still 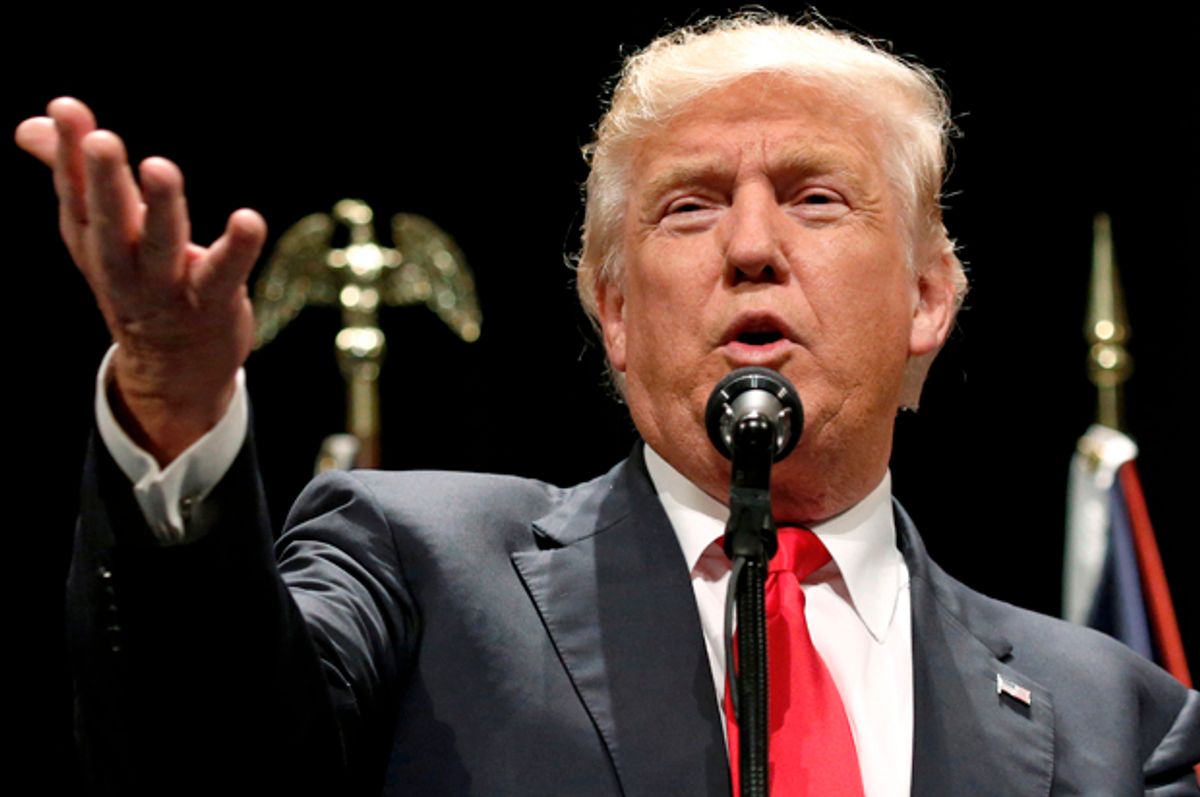 WASHINGTON — Donald Trump reported losses of more than $900 million on his 1995 income tax returns filed in three states, as revealed in documents obtained by The New York Times, that experts say could have allowed him to forgo paying federal income taxes for nearly two decades.

The revelation from a portion of Trump's tax returns for that year gives the most detailed insight yet into the Republican nominee's tax history during a time when his opponent, Democrat Hillary Clinton, has suggested Trump is hiding something from voters.

Some details of Trump's tax history had surfaced before in documents from state gaming regulators and court cases. But even with the latest disclosure by the Times, several questions remain unanswered about Trump's more recent finances because the information released to date is only partial and much of it dated.

What we do know:

Trump reported paying no federal income taxes in 1978, 1979, 1984 and likely at least two other years in the early 1990s, according to documents unearthed by The Daily Beast , Politico and The Washington Post . Like the 1995 tax returns disclosed by The Times , Trump avoided paying taxes in those years by reporting losses that wiped out his gains.

For instance in 1984, Trump reported that he lost money and claimed on his personal tax returns that he was primarily a consultant, whose consulting business had more than $600,000 in expenses and no income. At the time, Trump had just finished Trump Tower and was quoted extensively in news reports talking up his business success.

It's unclear if the IRS questioned Trump's federal tax returns that year, but New York City tax authorities challenged his claims. The city fought with Trump for several years after he appealed his city tax bill. Trump lost that fight and had to pay the city taxes on more than $1 million in income.

WHAT THE TIMES FOUND

The Times reported Saturday that Trump posted a net loss of $915,729,293 in federal taxable income in 1995. It was already well known that Trump was losing money during the early to mid-1990s, a time when his casinos fell into financial turmoil and some of his businesses filed for bankruptcy. But the records obtained by the Times show losses so large that they could have allowed Trump to avoid paying taxes for up to 18 years.

The newspaper reported that Trump made only $6,108 in wages, salaries and tips in 1995. He also reported $7.4 million in interest income and a loss of $15.8 million on his real estate and partnership holdings that year, the newspaper said.

The Times said it based its story on the first pages of Trump's 1995 state income tax filings in New York, New Jersey and Connecticut. The documents were anonymously mailed to one of the newspaper's reporters. Former Trump accountant Jack Mitnick, who prepared Trump's taxes that year, told The Times the documents were authentic, pointing out that they reflect a printing error from his tax preparation software that he corrected by manually inserting some numbers using a typewriter. Those numbers are slightly misaligned on the documents.

Trump's campaign did not challenge the documents' authenticity or the veracity of The Times' story, but Trump threatened to sue the newspaper for making the information public.

"Mr. Trump is a highly-skilled businessman who has a fiduciary responsibility to his business, his family and his employees to pay no more tax than legally required," the campaign said in a statement released Saturday. The campaign also said that Trump had paid "hundreds of millions" of dollars in various kinds of taxes over the years.

Before running for president, Trump said he would release his tax returns if he ran. But since he announced his candidacy last year, Trump has refused, bucking a tradition to which presidential nominees have adhered since 1976.

Trump has repeatedly said he won't release the documents because he says they're under audit by the Internal Revenue Service and his attorneys have advised against him making them public. Tax experts and IRS Commissioner John Koskinen have said such audits don't bar taxpayers from releasing their returns.

WHAT MORE TAX RETURNS COULD TELL US

Trump's more recent tax returns— when he was likely more successful— would show his income sources, the type of deductions he claimed, how much he earned from his assets and what strategies Trump used to reduce his tax bill.

Trump has regularly boasted of his charitable giving, but The Associated Press reported more than a year ago that there is little record of substantial personal philanthropy. More recently, Trump has faced tough questions about how his namesake foundation operates.

The Washington Post has reported that Trump's own charitable organization, the Donald J. Trump Foundation, used donations given by others to pay for Trump's legal settlements, political contributions and even purchase portraits of Trump. The Post has also reported that the foundation solicited donations from the public without the required certification under New York state law.

WHAT DO VOTERS SAY

Voters are split along party lines whether it's important for candidates to release their tax returns, but more than half believe Trump isn't releasing his returns because he's hiding something.

An Associated Press-GfK poll last month found that 46 percent of registered voters say it is very important for candidates to release their tax returns, though Democrats were more likely to say so than Republicans. A recent Monmouth University poll found that a little more than half of voters think Trump isn't releasing his tax returns because he is hiding something from the public.